The New York City Police Department is asking for the public’s assistance in identifying an individual for committing an assault in Riverside Park earlier this month. 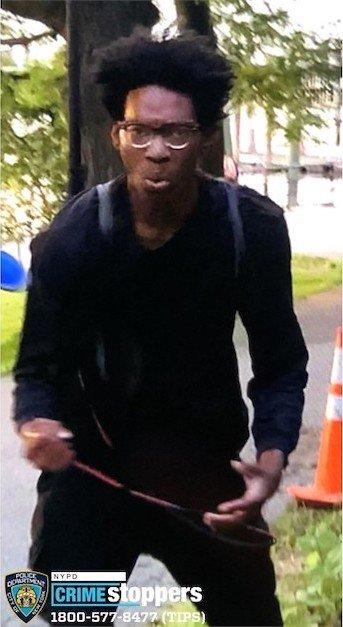 The incident took place on Monday, June 6 at about 8:10pm near 79th and Riverside Drive, when a 29-year-old male NYC Parks Department employee was approached by an unidentified individual (depicted above) “who punched him in the face before fleeing on a scooter,” police say.

Video shows the suspect and Parks employee trading blows; it’s unclear at what point during the altercation the person taking the video began recording.