The Upper West Side got a little show outside ABC Studios on Tuesday, October 26, with supporters of Republican Mayoral Candidate Curtis Sliwa assembling to advocate for him. Eric Adams had a handful of advocates amongst the crowd as well, mostly on the outskirts though. Thanks to Benjamin Eliopoulos for the tip. 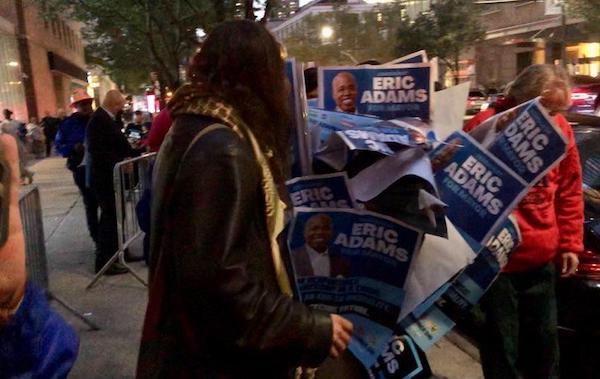 The general tone of the crowd was tame, all things considered; nothing disorderly. It was a lot of action for a typical evening though, and posting up outside ABC was probably Sliwa supporters’ best chance for recognition with about 100 people assembled.

As the sun was setting around 6:30pm, who appeared to be an organizer of the Sliwa demonstration, pictured below, proclaimed to the gallery that they should head south to West 54th Street where the rally would continue. ILTUWS followed the procession as far as Columbus Circle 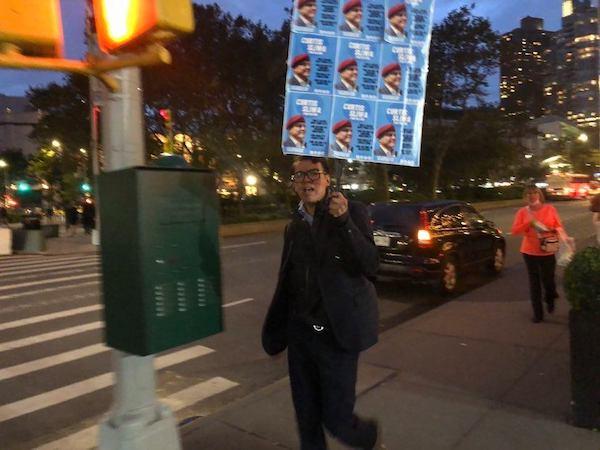 Sliwa, a resident of the Upper West Side, is the founder of the Guardian Angels, a nonprofit organization for unarmed crime prevention that was created in 1979. The group was originally named Magnificent 13 when it got its start in 1977. 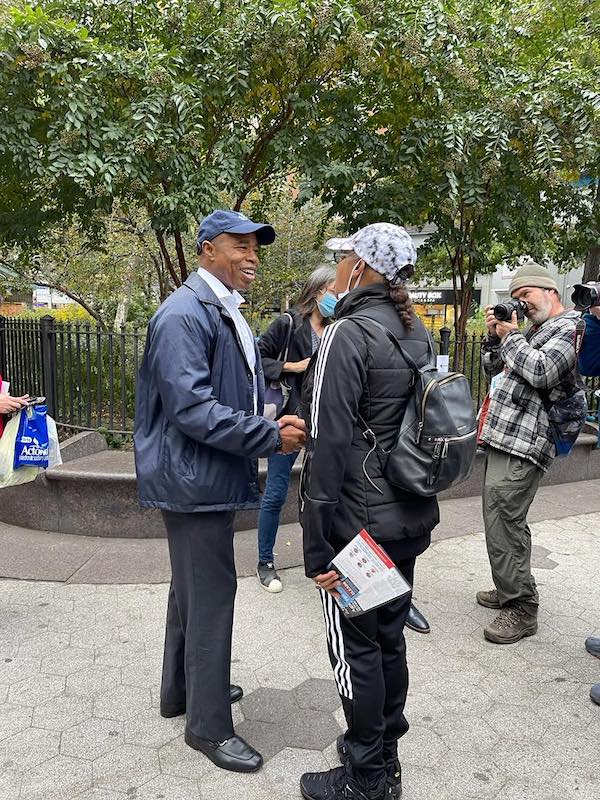 Fire at The Belnord

Preschools on the Upper West Side