Home
Arts & Entertainment
Vintage Paintings of the Upper West Side

“The Vital Street: Upper Broadway from Her Studio” is the final show of cityscapes by artist Mari Lyons. It is taking place at First Street Gallery until February 24th.


Here are some paintings of the Upper West Side, which were created at her studio on 80th and Broadway. 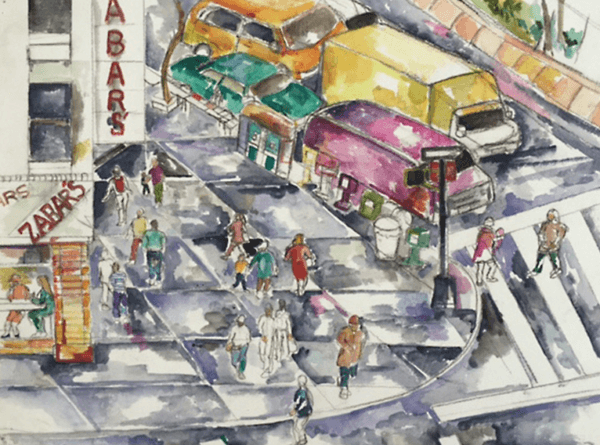 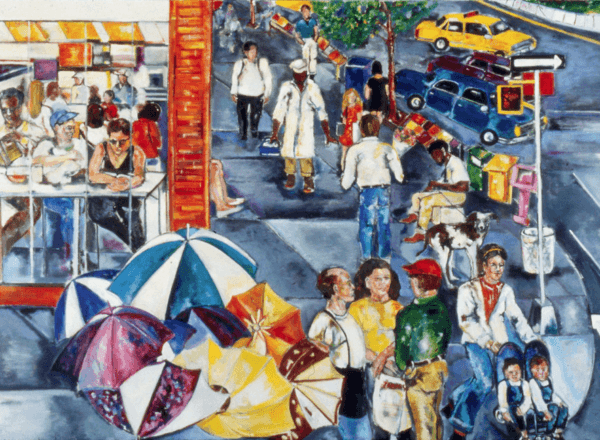 Thursday Afternoon on the Corner of West 80th and Broadway

Here’s the official page about the exhibit: http://www.firststreetgallery.org/artists/mari-lyons/mari-lyons-press-release/

“What I want most for my paintings,” Mari said, “is vitality” – and she found in the electric, ever-changing scene below her studio the perfect cognate for her vision. For forty years she worked in a third-floor space on the corner of Broadway and 80th Street, above the old H&H Bagel Shop, across from Zabar’s. She painted the still life, studio interior, figure, and much else, but remained captivated by and regularly drew from the vital street below – the endless swarm of vehicles and people, the changing shops and architecture, the passing seasons. She found the remarkable richness of the scene inexhaustible.

She first exhibited her cityscapes in the late 1980s, and then several times later, and in a two-person exhibition with John Dubrow at Rider University, curated by Deborah Rosenthal. The series was praised in Forbes FYI, and by Lance Esplund, David Cohen, John Seed, and Jed Perl. The Museum of the City of New York acquired a large street scene and recently the New York State Museum in Albany acquired six other “cities.”

These “sprawling, brushy compositions” are perhaps Mari’s most exciting and successful series – and register the full force of her exuberant love of color and motion and her intrepid commitment to a painterly figuration counter to so much recent conceptual painting.