This Thanksgiving Day, no one has to rise early to stake out a good spot to watch the parade in person, a spokesperson for Macy’s said. That’s the good news.

“We’re going to have to forego the tradition parade route,” Macy’s spokesperson, Orlando Veras, told I Love The Upper West Side Monday evening. “This year, we’re going to restage all the elements in front of the [Macy’s] store for the television cameras.”

The bad news is that no spectators will be allowed to attend 2020’s 94th Annual Macy’s Thanksgiving Day Parade. 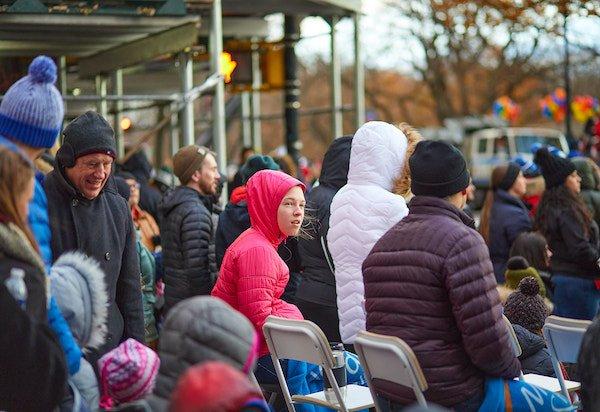 In addition, there will be no balloon-inflation walk-through around the American Museum of Natural History on the Upper West Side of Manhattan. 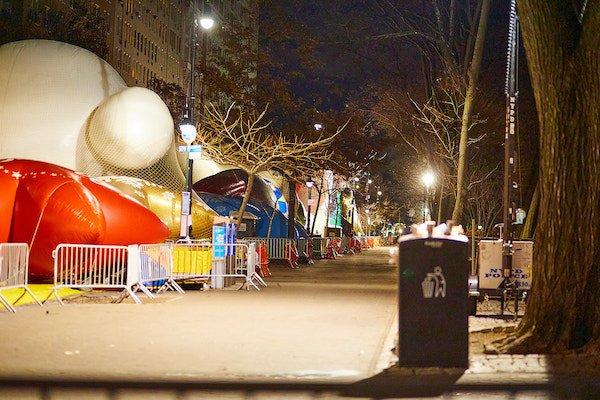 The UWS tradition of viewing the balloons being inflated on the eve of Thanksgiving is cancelled for 2020. Photo: Lee Uehara

Traditionally, the parade marks the start of the holiday season for Americans everywhere, and 3.5 million people line the streets along its 2.5-mile route, Veras said.

But this year, the parade’s performances, balloon inflation and set-up will take place near the flagship store on West 34th Street.

“It will not be the same parade we’re used to,” Mayor Bill de Blasio said in a press conference earlier on Monday. “It will be a different kind of event. They’re re-inventing the event for this moment in history and you will be able to feel the spirit and the joy of that day on television, online. Not a live parade, but something that will really give us that warmth and that great feeling we have on Thanksgiving Day.”

Macy’s is also working closely with the New York Police Department to finalize protocols and the implementation of barriers to block people from visiting the area, Veras said.

“We always have an adequate detail for any parade going on in the city,” stated NYPD Lt. John Grimpel.

Other differences for this year’s parade include vehicles handling balloons instead of volunteers, and only local musicians and bands will be allowed to perform.

“We have to make these sacrifices so that the nation can experience it,” Veras said. “The alternative is to not have it at all.”

Macy’s website states that 2020’s Thanksgiving Day Parade will be televised on Thursday, November 26 from 9am to noon on NBC.

For updates about this year’s virtual parade, please visit www.macys.com/social/parade/.

A Dance Performance (with Garbage Bags) on West End Avenue

Father’s Day 2016 on the Upper West Side

Shakespeare in the Park 2019