A Peruvian family has purchased eight condos at Waterline Square, totaling an investment of $27 million investment for roughly 11,000 square feet of space. The purchase was made in order to keep their cash safe during the coronavirus crisis, The Wall Street Journal reports.


“They felt their money was safer in an apartment in New York than in a bank,” Ms. Velazquez told the Journal.

The family first visited the complex in November, but subsequent showings were all virtual – as was the closing, which took place on the same day they went into contract, as they paid in cash for the units. They plan to rent out all eight UWS apartments, which they got a discount of about seven percent on.

Waterline Square, a three tower development, launched sales in 2017, and began closings about a month ago. Construction is expected to be completed soon.

Located between 59th and 61st Streets and from Freedom Place to 12th Avenue, the building comes with a large suite of amenities including an indoor halfpipe, a three-acre park, a 4,600+ square foot indoor children’s playroom, tennis and basketball courts, a soccer field and a bowling alley.

Eventually, a new Cipriani and Mexican restaurant Empellón Taqueria will be opening up locations at the Waterline Square complex. 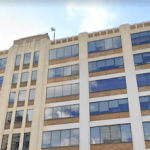