Home
Real Estate
Where Do Buildings Get Their Names? 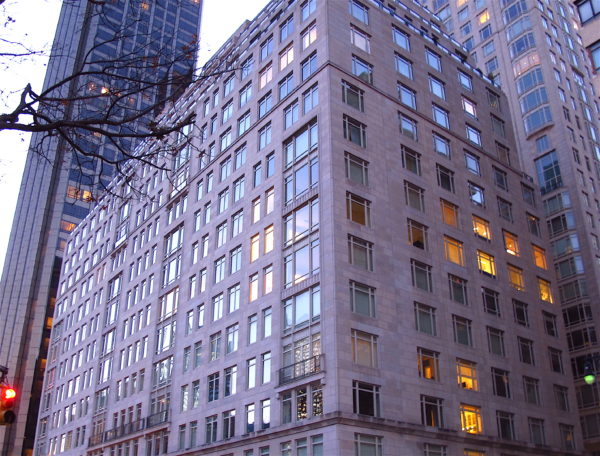 In contrast, the Upper West Side has traditionally gone in a big way for naming buildings after English estates and aristocrats. Some examples include Manchester House, The Chesterfield, The Chatsworth, Warwick Arms, The Endicott and The Alden.

Pomander Walk is a gated 1920s community of Tudor-style mini-homes resembling an English village right in the middle of Manhattan’s Upper West Side. The buildings of Pomander Walk are named for a romantic comedy by Louis N Parker which opened in New York in 1910. The setting of the play is an imaginary location near London. 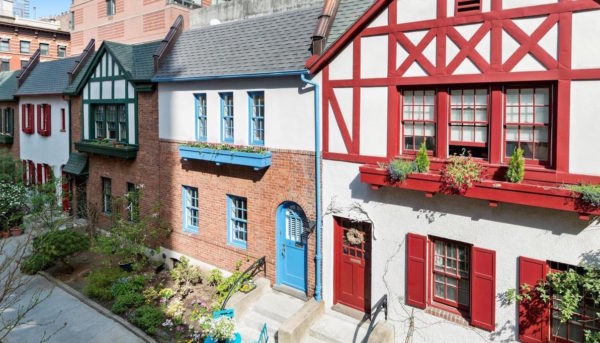 Regarding French inspiration for naming, one example includes the 1910 Hotel Marie Antoinette, which was located between 66th and 67th Streets and Broadway. Later called the Dauphin Hotel, it  was demolished as Lincoln Center was being developed. 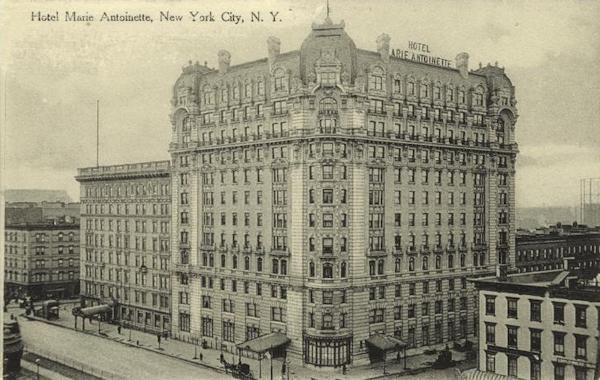 In the 1920s, building names also included other European references. Some, but fewer, like the Dakota, were named for locations in the US. A particularly eccentric 1916 twelve-story apartment building, The Cliff Dwelling at 243 Riverside Drive, reflects the Mayan and Aztec motifs and associations preferred by Herman Lee Meader, its architect.

Some Emery Roth buildings such as the Eldorado (mythical South American city of untold riches) and the 1930s San Remo (an Italian Village), carry the names of buildings that occupied their sites in years before the newer buildings were constructed.

The Apthorp on 79th and Broadway was named for Charles Ward Apthorp, a property owner who owned a mansion further uptown on 91st Street called Elmwood.

It’s not just the grand pre-war Upper West Side buildings that have evocative names. The Pomona at 505 Columbus Avenue, a tenement-like building, was built in 1900, and named most likely for a Los Angeles area city, rather than the city’s namesake, the Greek goddess of fruitful abundance. Literary allusions are guessed to be the possible source for the name of the 1889-1890 Sylvia building on 76th Street off Columbus.

New York Times author Daniel Schneider refers to an 1984 book, “Living it Up: A Guide to the Named Buildings of New York” by Jerry E. Patterson, suggesting that the Sylvia on West 76th Street was linked to the heroine of Shakespeare’s Two Gentleman of Verona. More generally, Schneider explains that at the end of the 19th Century and on into the early 20th Century, real estate developers gave New York City apartment houses names that suggested nobility, grand estates, historic importance and literary distinction.  The goal was to position these new buildings above associations with earlier tenements

The understanding of the source of a building’s name is more clearly evident when it announces the status of the owner of the business that occupied it. For example, the J.M. Horton Ice Cream Company, whose sign crowns the top of the building that still stands at 302 Columbus Avenue. The business is reported to have occupied the site from 1892 to 1922.

Current day explorations into the history of building names turn up odd associations and mistakes that have been passed down and repeated often. The Evelyn, for example, is often thought to be a reference to Evelyn Nesbit, the chorus girl whose husband Harry Thaw famously murdered architect Stanford White, his wife’s former lover. But, as Christopher Gray of the NY Times points out, “She would have been a babe in arms” at the time the building was built in 1894.

Architect Emery Roth’s Oliver Cromwell on West 72nd Street was his favorite building, according to his great granddaughter, Robyn Roth-Moise, who told me during our recent interview. It was named for the English general Oliver Cromwell, known for making England a republic and also for anti-Irish policies.

Anyone who lives on the Upper West Side knows the half-timbered style of the Zabar’s complex on Broadway as a familiar landmark. The name of this building can only be thought of as Zabar’s. But, the structure owes its distinctive look to Aaron Chinitz, who opened the Tip Toe Inn on West 86th Street in 1915. Street level storefronts were part of the original design. The complex was completed in 1920 and became known as the Calvin Apartments. Zabar’s began its enterprise there in 1941. 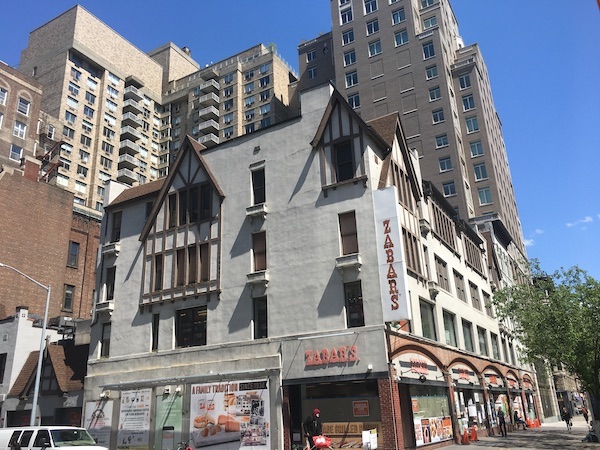