Liberty Island was evacuated after a woman was caught climbing the Statue of Liberty. The climber had a t-shirt that said ‘Rise and Resist’ and ‘Trump Care Makes Us Sick.’


Reports of the climber first came in around 3pm on July 4th.  This was after a protest group called Rise and Resist dropped a banner that read “Abolish ICE” from the base of the statue. 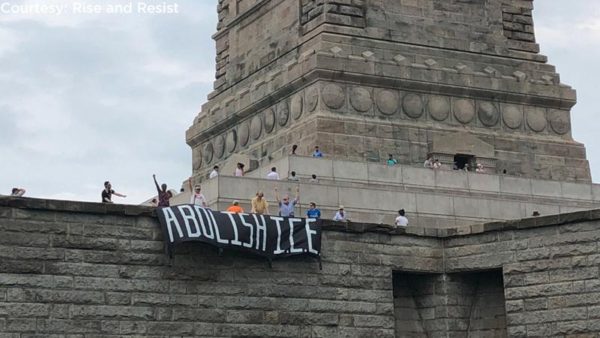 Apparently the climber and the protest group were not connected.

The Impressive Women of The Calhoun School’s Early Days