When I moved back to New York in September of 2016, I didn’t know where to fulfill my Jewish roots. I outgrew campus Chabad houses and Hillel organizations but did not have a family and was not ready to pull the trigger on joining a synagogue. After poking around, I found second homes at Jewish International Connections of New York (JICNY), Manhattan Jewish Experience (MJE) and Moishe House of Upper West Side (MoHoUWS).

I went to Hebrew School and had my Bar Mitzvah at Stephen Wise Free Synagogue on 68th street, between Columbus and Central Park West. Since moving back to New York, It was natural to return to Stephen Wise. A few times I attended their Shabbat services on Friday evenings. Once per month they have a “Shabbat After Dark” for young professionals, in which they provide snacks and wine after services. 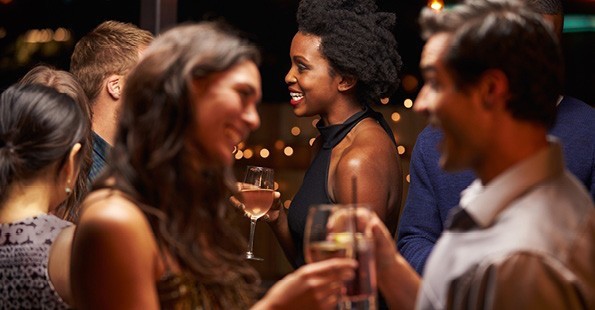 Stephen Wise is a great if you like Reform services. While I grew up with them, most of the praying I did was during college and my 3 ½ year stint in Boston, between January of 2013 until September of 2016. This primarily took place in Orthodox settings, at organizations including the Chabad of Brandeis, Chabad of Boston, Jpulse and the Chai Center. I became used to services where men and women were on opposite sides and there were no musical instruments or microphone. For me personally, despite my earliest roots, praying at Stephen Wise felt more like being at a concert than a service.

In September of 2016, just two weeks after I moved back to New York, I represented Masa Israel, the organization that provided me with a scholarship while studying at Tel Aviv University in 2011 at the Israel American Council Conference in Washington DC. I happened to sit next to Alisa Landau, who soon introduced me to Steve Eisenberg, also known as the Mayor of the Jewish Upper West Side. Steve, who led the Israel Recharge trip I went on in July of 2017, is the Director of JICNY.

The JICNY is a “Great Jewish home away from home, which provides participants with the resources and opportunities they require to secure a soft landing in New York, develop personal relationships with likeminded Jewish professionals, and connect with Jewish observance at an optimal personal level” (Jodi Samuels, Executive Director of JICNY). Through JICNY, I have attended Monday night classes, networking events, Entrepreneurship Shabbat dinners and more. While its leadership is made up of Orthodox Jews, its participants come from all backgrounds. 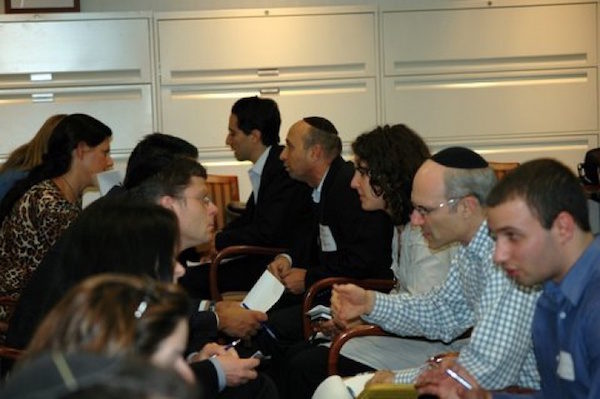 JICNY’s Monday Night classes, taught by Steve Eisenberg, take place at MJE on 86th street, between Columbus and Amsterdam, almost every week from 6:00 PM-7:00 PM. After a dinner break, MJE Rabbi Mark Wildes executes a class, which often includes guest speakers. MJE’s West Side Director Atara Neuer has picked astonishing speakers ranging from Ivanka Trump’s immigration lawyer to an Orthodox Jewish sex education professional to a block chain specialist. These authorities will generally speak about how Judaism has played an influence in their respective professions.

MJE does a lot more than just these Monday night classes; its Director of Communications and Marketing Eitan Schapsis said “MJE is a warm and open community where men and women in their 20s and 30s can explore Jewish life and meet new people. MJE runs a wide range of inclusive, engaging and innovative programs for thousands of young Jewish professionals, including Shabbat dinners, holiday events and parties, ski trips, various classes and programs for Jewish learning, beginner Services, trips to Israel, and much more.” Through MJE, I have found a place to pray, attend events and meet many new friends.

Check out MJE for the High Holidays! 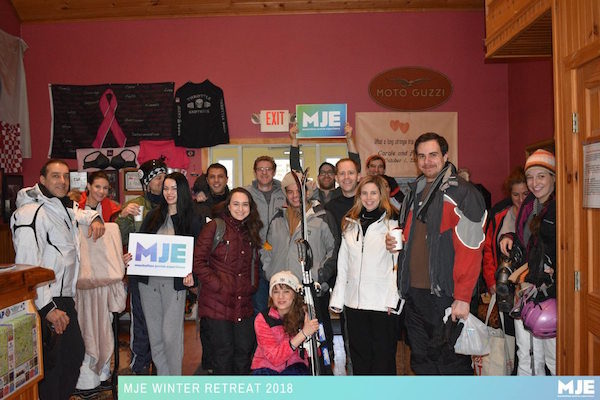 Moishe House of Upper West Side

While MJE is my primary source of Jewish learning and praying, I like to attend MoHoUWS for social and networking events. Moishe House is a worldwide organization, which provides rent subsidies for Young Jewish Professionals so they can organize events in their homes. Unlike most Moishe Houses, MoHoUWS’ residents maintain a Modern Orthodox home, which means they keep the laws of Shabbat and maintain a Kosher kitchen. I have attended a few admirable events there, including a Sukkot (Jewish harvest holiday) lunch and a boutique networking event, and look forward to going to many more soon. 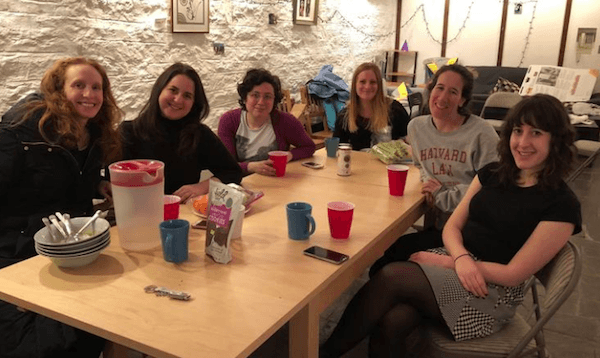 Whether you are Reform, Conservative, Orthodox, or “Just Jewish”, as many are on Jswipe, all of the organizations mentioned above are worth trying out. In particular, you could go to JICNY for networking, MJE for learning and services and MOHoUWS for additional learning opportunities and social events. There are likely 100+ other organizations not discussed in this article that have a lot of young professionals, including Romemu, Moishe House of Harlem and Chabad of Upper West Side. If you’re looking to explore the young Jewish professional scene of the Upper West Side, you should start with these places but keep searching until as Jerry Garcia would say, “the light shines on you.”

Nourish a Neighbor in Need