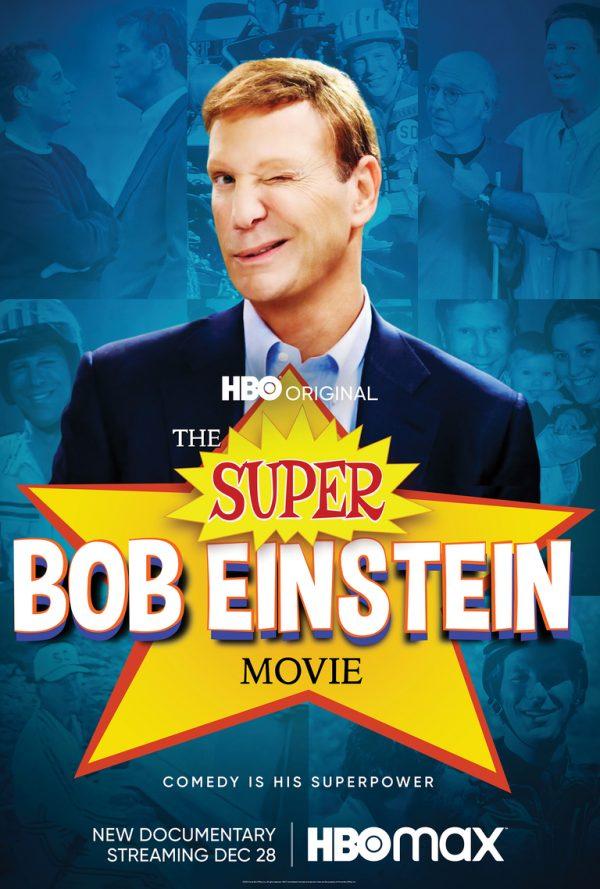 “Being a comedian and not trying to be funny is a very special gift,” remarks Jerry Seinfeld in the new HBO documentary, The Super Bob Einstein Movie, which came out at the end of December. Einstein, revered for his straight man, deadpan comedic style – most notably in his characters Officer Judy, Super Dave Osborne and Marty Funkhouser – passed away on January 2, 2019, but his spirit lives on in this delightful documentary; one in which fellow Upper West Sider Susie Essman regaled, “If Bob knew a documentary was being made about him, he would act like he didn’t like it and he would love every minute of it.”

Another thing that’s for sure: ILTUWS enjoyed watching every minute of this hour and a quarter deep-dive through Einstein’s life which illustrates the trajectory of his career; including the transition of Bob’s departure from the advertising industry to work on the Smothers Brothers Comedy Hour in Los Angeles with our third ‘now Upper West Sider,’ Steve Martin.

“I didn’t know what advertising had to do with comedy writing except that it was a terse. So, Bob could write a joke, could write a scene that was short, funny and sharp,” recalled Martin. It was on the Smothers Brother’s where Einstein’s Officer Judy character first came to light. Officer Judy was such a success in the sketch, I Think It’s Going to Rain, that it became a recurring character.

Steve Martin goes on to say about Einstein, “His early sense of humor, if you look, I think [it] runs through his work, is from looney tunes cartoons.” The analysis connects the constant brutality taken by the Wiley Coyote character in its failed attempts to capture the Road Runner and the incessant beatings endured by Bob Einstein’s Super Dave character, who strongly resembled motorcycle daredevil Evel Knievel.

Super Dave made his first appearance on the 1972 TV series, “The John Byner Comedy Hour,” then was revived for the sketch comedy series “Bizarre” from 1980-1986 before finally landing his own stand-alone show, “The Super Dave Osborne Show,” which ran on Showtime in the United States and the Global Television Network in Canada from 1987-1991. Following the final season, Einstein won a CableAce Award for Best Actor in a Comedy Series for his work on Super Dave.

“Slipping and falling on your ass … you’re gonna laugh. And someone getting hit in the head with something… if they don’t get hurt you’re gonna laugh,” said Einstein, who was still alive during the making of the documentary in 2019. This was the name of the game for the Super Dave character and it never got old. Even when you knew a failed stunt was coming; like in this classic wrecking ball sketch, or our personal favorite Super Dave spectacle, ‘King of the Road’.

Super Dave went on to become a cultural icon, especially in the hip hop community where rappers such as Fat Joe, 2Pac, Tribe Called Quest and Ice Cube all have lyrics hailing the character. Super Dave was also a guest, DJing alongside the Fly Girlz on the hit ’90s comedy variety show, “In Living Color”. Money B of Digital Underground described the appeal of Super Dave to the hip hop community, saying “It seems like no matter what he tried or what he tried to do, he would always end up on the wrong side of it, right? And that’s kinda like how we all kinda grew up. Feeling like we could never get ahead or get up from under the conditions that we lived in, but he was funny. As a kid you’re just laughing at it.”

A fourth Upper West Side comedian, the great Richard Kind, is briefly seen in the doc; going back to a classic Curb Your Enthusiasm moment where Bob Einstein’s character, Marty Funkhouser, is trying to get on the golf course ahead of another group that’s also eating breakfast; and they’re known to be very slow on the course so they want to get out ahead of them. Funkhouser’s demeanor to get Andy to hurry up is hilarious.

For us, it doesn’t get any better than this scene between Marty Funkhouser and Larry David from the Palestinian Chicken episode of “Curb Your Enthusiasm,” season 8.

We’d also be remiss if we left out the time Marty Funkhouser tells Jerry Seinfeld a joke on “Curb,” which Larry David remembers on the documentary by saying, “that was definitely one of the more memorable moments in the history of the show, when Bob told that joke.”

Whether you’re an old school comedy stalwart or someone who’s completely oblivious to the name Bob Einstein, this documentary will show you a comedic titan who did it in a style all his own and earned twice as many laughs because of it. Bob’s brother Cliff Einstein said it best. “If I tell a joke or story and I get a big laugh, I can’t help but laugh too because I’m so relieved that it worked. Bob goes dead serious when you’re laughing, which causes you to laugh again, so he gets two laughs. He built a career on this.”

See how Bob Einstein does that here on The Tonight Show with Johnny Carson.