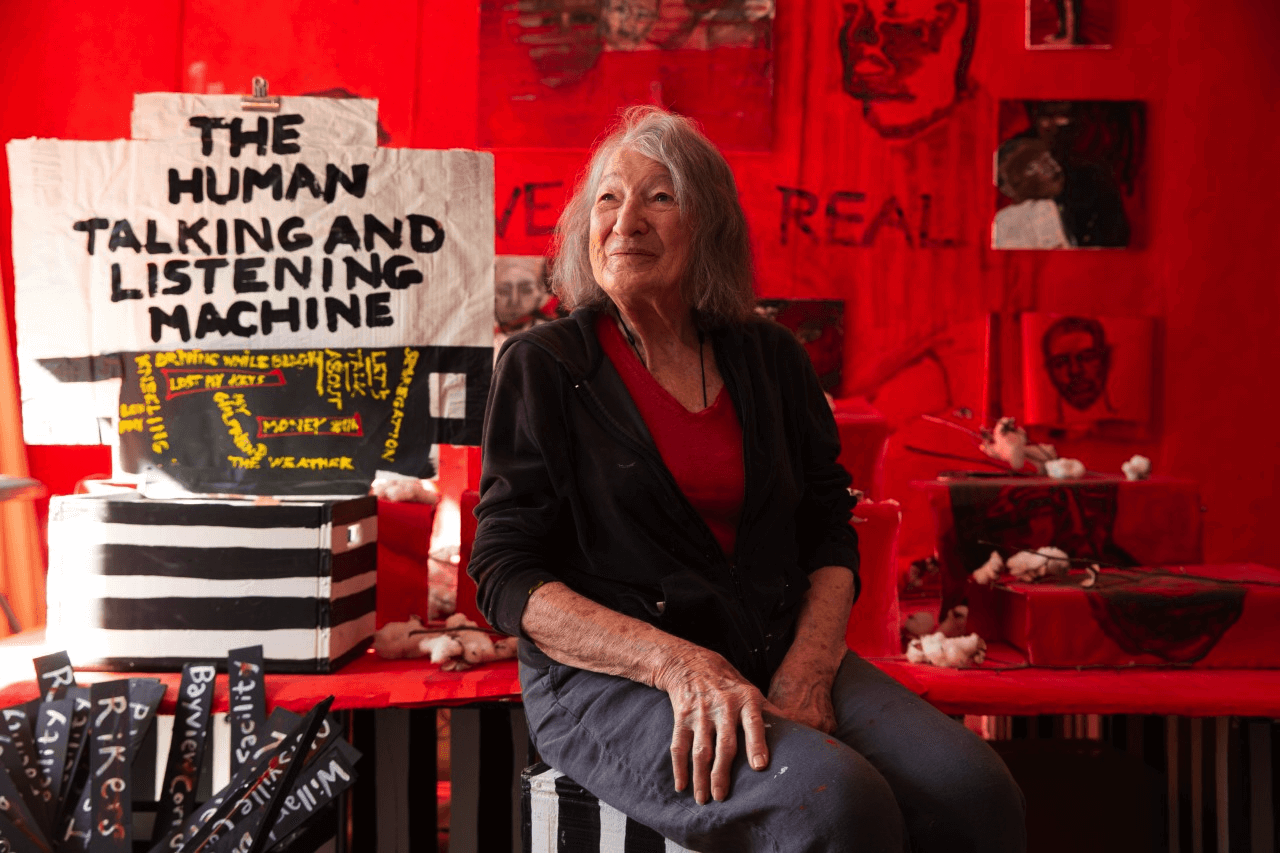 “Painting is about bravery. For both artist and viewer,” says Henrietta Mantooth. The 97-year-old describes her work as “witnessing” since it often focuses on those “who are usually nameless — refugees, rebels, the incarcerated, farmers, men and women who tend and defend their land, homes, children, animals and ideas.” Over a prolific career she’s shown her works at prestigious institutions ranging from the Sao Paulo Biennial and the Museum of Modern Art in Brazil to the Ford Foundation Gallery in New York City.

Mantooth will exhibit at the Kick-Off Party for the new Gold Standard Arts Festival on February 16 at the Goddard Riverside Bernie Wohl Center on Manhattan’s Upper West Side (647 Columbus Ave at 93rd Street). Celebrities such as Brenda Vaccaro, Richard Kind, Mario Cantone and Judy Gold are scheduled to attend along with entertainment and city leaders.

The Gold Standard Arts Festival is the only multi-disciplinary arts festival in the U.S. to celebrate the powerful work of older artists. It will debut the week of April 25 and include performing and fine art culminating with a weekend film festival. It is conceived and directed by film and tv veterans Caytha Jentis and Eileen Katz and co-hosted by Goddard Riverside, a respected community-based organization.

“We see this festival as a great way to nurture, showcase and celebrate a demographic that has been largely ignored in the arts,” says Katz. “We are living in a great time of inclusion and diversity, and we want to add this demographic to the dialogue.”

The art at the party will be for sale, with a portion going to fund the festival. There will also be a live auction which will include tickets to the Tonight Show with Stephen Colbert. Tickets are on sale through eventbrite.com.

Did You Catch the $11.7 Million Gold Cube in Central Park?