Home
Arts & Entertainment
A Musical Performance on the Front Steps of The Cathedral of St. John the Divine 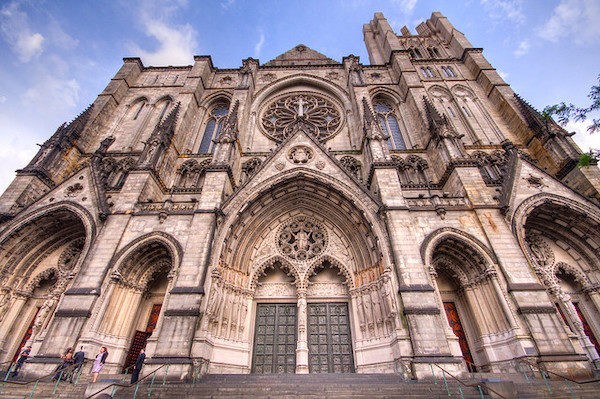 A bit of holiday cheer is on its way, and it’s in the form of an actual in-person event.

On Sunday, December 13 at 3pm, the Cathedral Choir of The Cathedral Church of St. John the Divine will perform a series of songs on the steps of the beautiful church, while wearing masks and social distancing.

The performance will last for 45 minutes, and some songs will include:

The performance will be directed by Kent Tritle, organist and the church’s director of cathedral music. The New York Times once called him “the brightest star in New York’s choral music world.”

During a year when so many in-person events and performances have been cancelled to the public – the Thanksgiving Day Parade, the entire seasons of the New York Philharmonic and Metropolitan Opera and more – this holiday concert represents a glimmer of light at the end of a very frustrating tunnel.

The church stepped up in another way during the height of the pandemic, when its leaders agreed to convert the space into a temporary hospital for at least 200 overflow patients. However, just a few days after plans were made and scheduled, the conversion was cancelled, as it was deemed unnecessary by the partnering hospital whose representatives started witnessing a “flattening of the curve.”

The Cathedral of St. John the Divine is located at 1047 Amsterdam Avenue, at 112th Street. More information about the upcoming holiday event can be found here.

Statue of Thomas Jefferson – Founding Father and Slave Owner – to be Removed From City Hall, Relocated to Upper West Side

Comedy Of Errors At The West Side Community Garden