Home
Arts & Entertainment
A New Play Which You Can Critique After Watching: Next Week on the UWS

If you’ve ever wondered what it takes to get a play from the writer’s laptop to the bright lights of Broadway, an Upper West Side theater company is providing the opportunity to find out next week.

The Greenhouse Ensemble, a theater and art company based on the UWS, is presenting a workshop production of a new play and asking for your help in the development.

“Captain Placeholder and the Adventures of We’ll Figure It Out Later” is a new piece written by Joey Rotter that has been in development with Greenhouse since 2019. Following each performance, Greenhouse will lead a discussion where audience members will be encouraged to share their thoughts with the director and playwright. This step of audience participation is paramount to the success of a new work, especially by a young playwright. 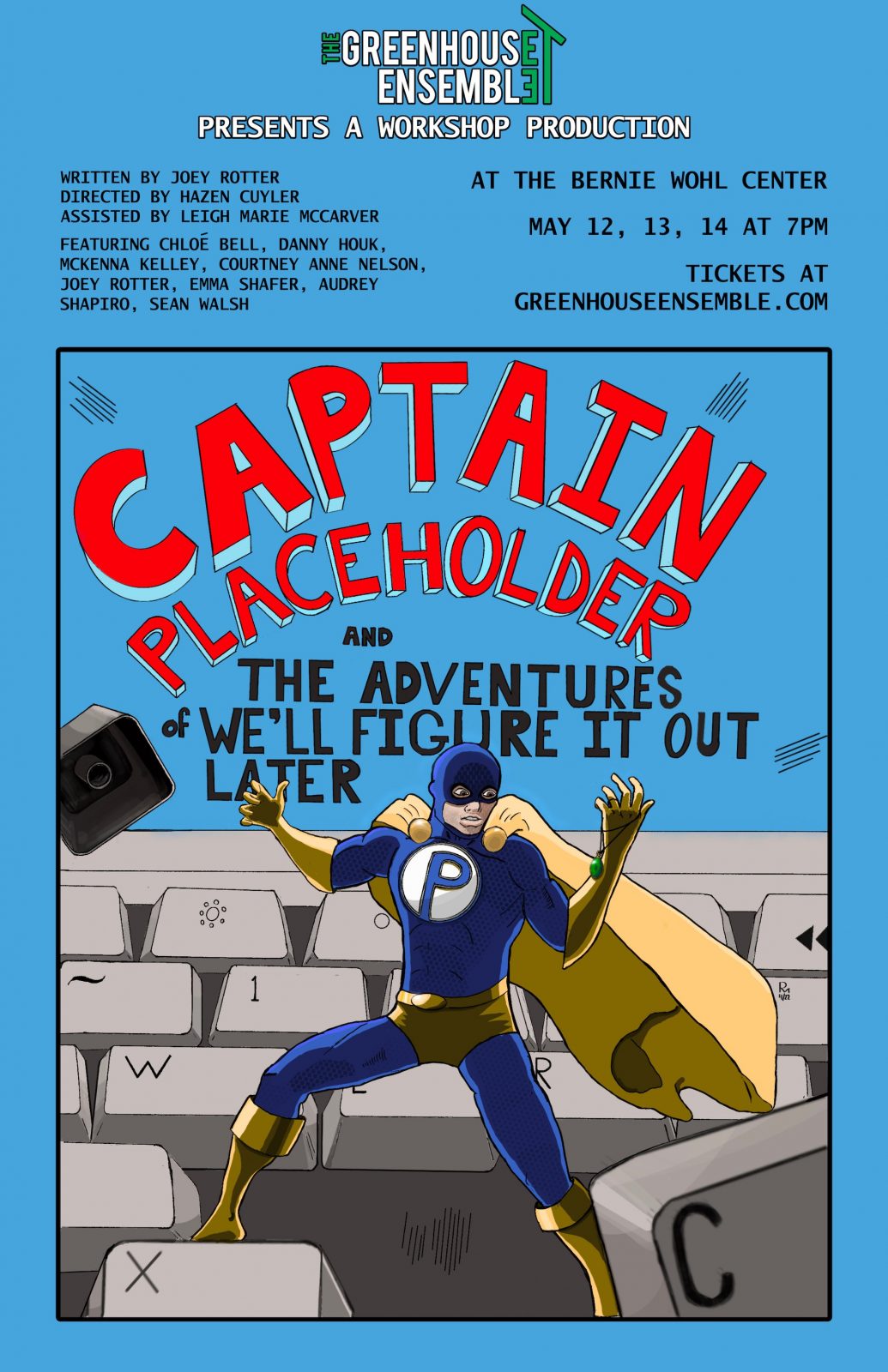 “It’s a very personal piece but I think it speaks to some very specific shared fears, hopes, and challenges,” says Rotter. “I want to make sure that anyone who can connect with those ideas are given the opportunity. It’s helpful to know what’s resonating with the audience and what’s coming through muddled.” He describes the piece as “a play for superhero lovers and anyone who loves to make fun of superhero lovers. Think ‘Drunk History’ but with more chaos and also Batman.”

Greenhouse has big plans for this play, with the end goal being a long run in an established Off-Broadway theater. Leigh Marie McCarver, a student at Belmont University, has been interning with Greenhouse this semester, and working intensely on this project.

“I think the craziest part of rehearsals has been watching how fast the actors think,” she said. “Their ability to switch between a lot of different characters, sometimes even within one scene, it’s been really captivating to watch.” 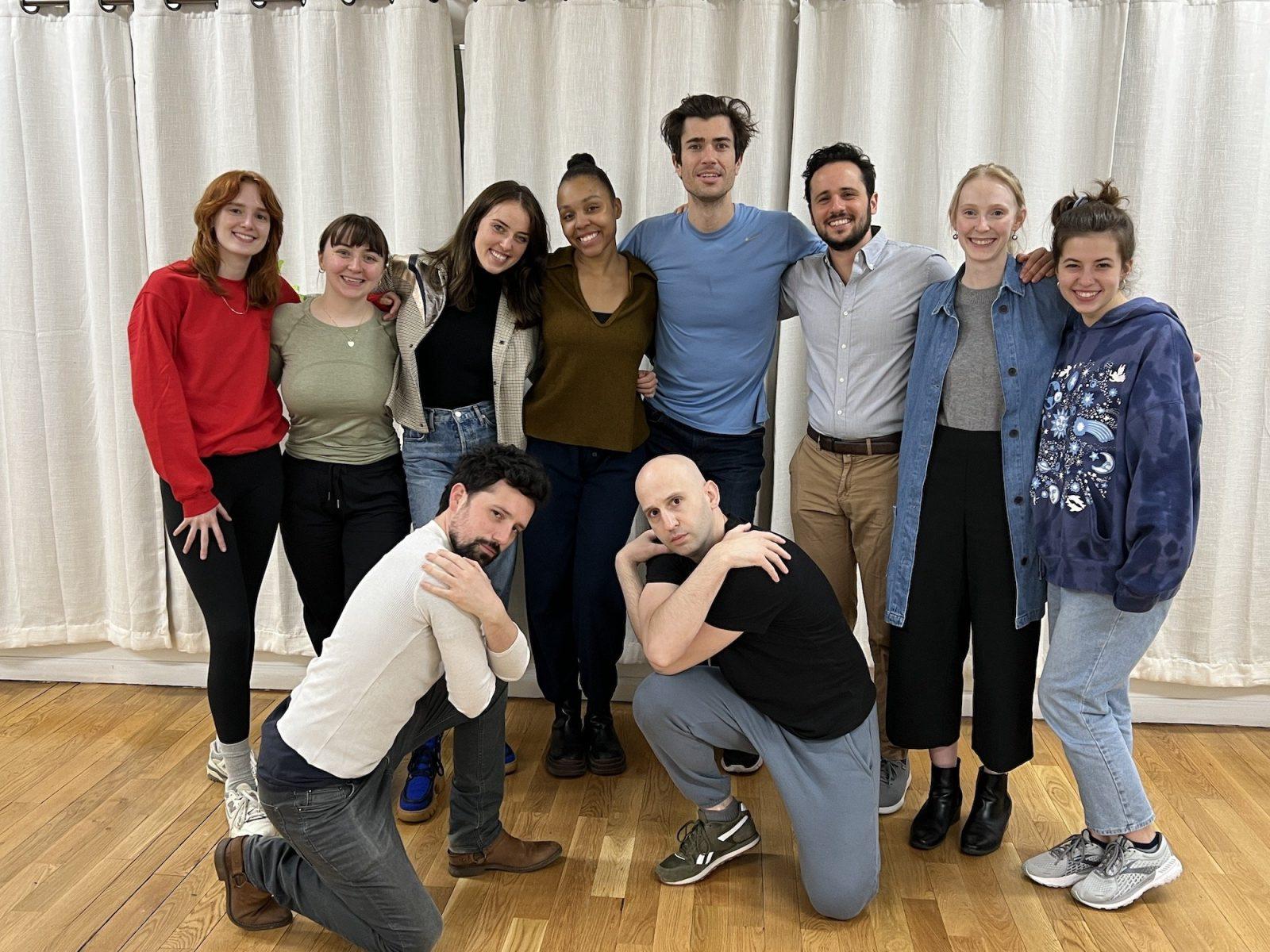 The first iteration of the piece was called Soup Or Heroes and was performed at Theater for the New City. Greenhouse is thrilled to be bringing it to their home turf on the Upper West Side, and to share how much the story has grown. At TNC, the audience generously answered questions from the director and playwright. “The talkbacks from the last run helped me identify gaps in story logic and under-explored terrain,” said Rotter. “If there was something I had doubts about, and an audience member voiced the same concern, I was primed to tackle it head on for the next draft.  On the other hand, if there was something people were excited or curious to learn more about, I was able to expand on my previous ideas and create bigger and bolder worlds.”

“Captain Placeholder and the Adventures of We’ll Figure It Out Later” will be running for three performances, May 12-14 at the Bernie Wohl Center at Goddard Riverside. If you’d like to be part of the development process, you can get tickets here.

About That Shady “Divorce Auction”

Summer Afternoon Concerts are Back at Lincoln Square