A Northern Brown Snake was spotted by the duck pond staircase in Morningside Park on Saturday, May 23rd. The sighting was photographed and shared by volunteer group Friends of Morningside Park.

Thanks to the photographer, Allison, for letting us share the image! 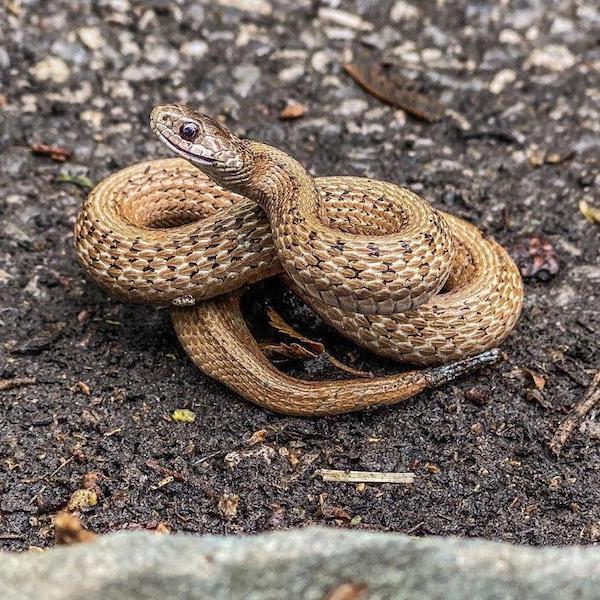 Allison tells us that she’s seen at least four of these snakes in the couple years, and believes that they feed on snails, which may be attracting them to the park.

She also spotted a Robin trying to eat one of these snakes about a week ago. While it may look large in the photo above, she notes on her Instagram post that they are quite small – about six inches long (and harmless).

Here’s a photo she took of another one in February 2019, where it appears to be resting its entire body on one leaf: 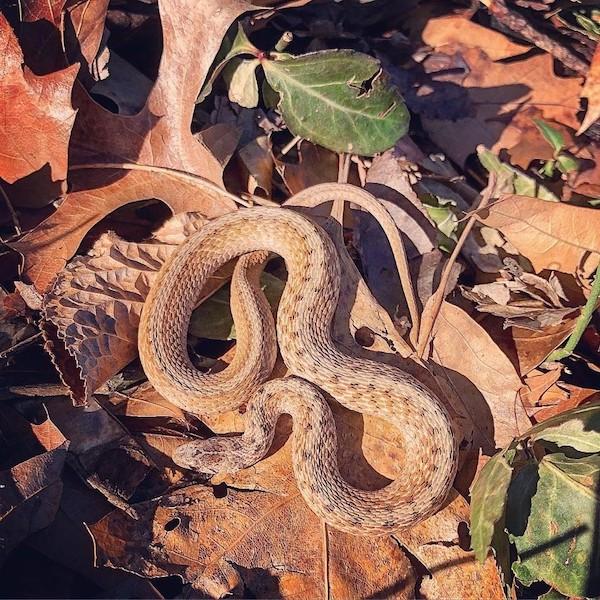 Many Instagram commenters were shocked to see this creature in one of our backyards, but Allison says they are common enough to have earned the nickname “city snakes.”

Friends of Morningside Park is a volunteer organization which was founded in 1981, with the purpose of rehabilitating and maintaining the park “in accordance with the ideals of its original designers Frederick Law Olmsted and Calvert Vaux and its well deserved status as a Scenic Landmark of New York City.”

Looking To Return To The Work Force? This Conference Is For You!