Home
Community
All Systems Down at Duane Reade Store

The Duane Reade at 2683 Broadway, between 102nd and 103rd streets, is experiencing some technical difficulties.

A sign in the window states that its “telephones, computers and registers are down” — and that it “can not fill or sell any prescriptions at this time.”

ILTUWS reader @thejoedshow says the store is only taking cash, and that this is the second time this has happened at this store within the last month. “The pharmacy is unable to do prescriptions so you’re just kind of stuck.” 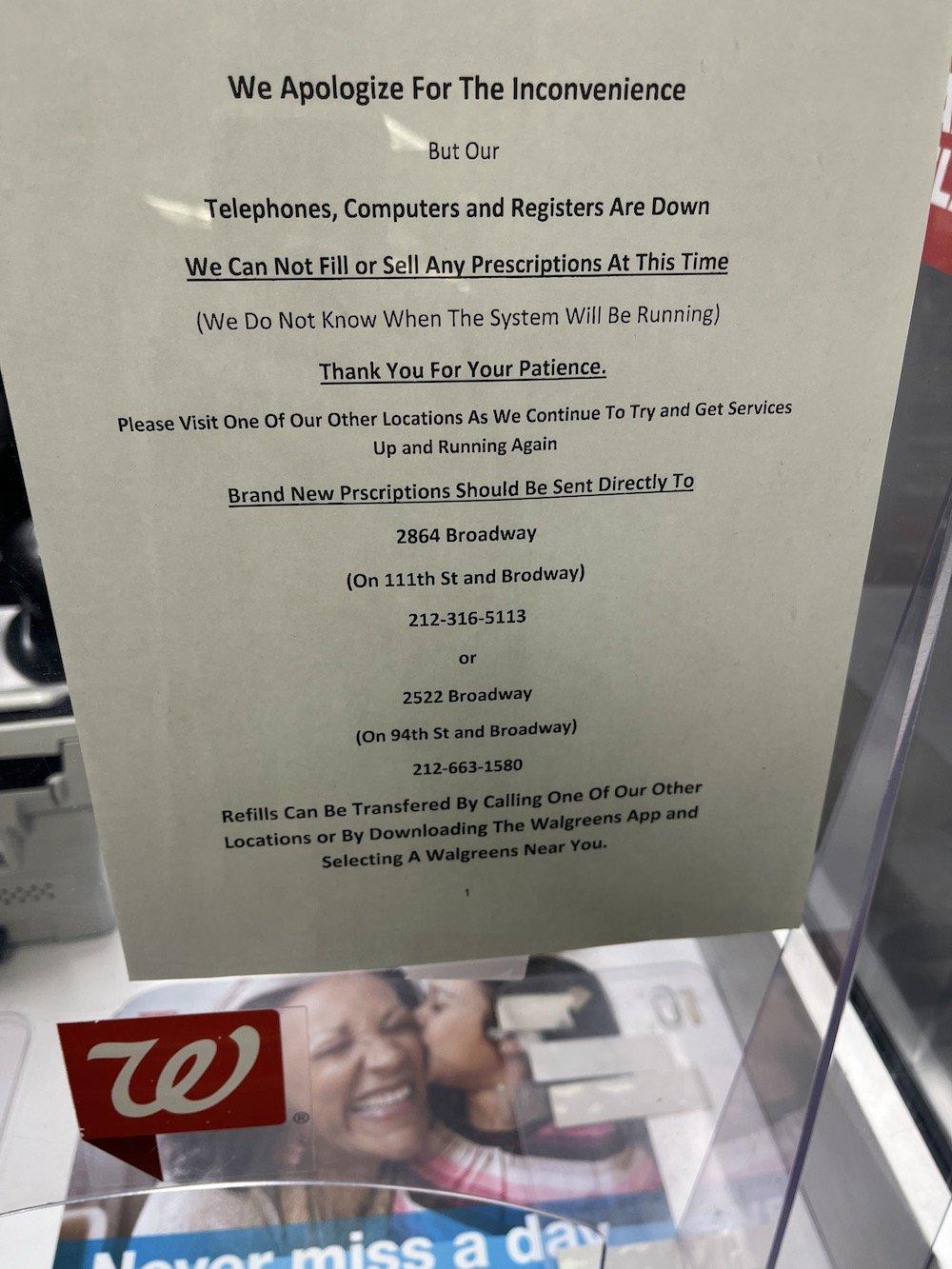 A sign in the window encourages customers to fill their prescriptions at the Duane Reade locations at 2864 Broadway (West 111th Street) or 2522 Broadway (West 94th Street).’

A thread about this issue was posted on NextDoor on April 19, the same day we got the tip from our reader.

“For AT LEAST 5 weeks this excuse for a pharmacy has not had computer ability to process prescriptions,” wrote the original poster.

One user says an employee told her they’d be closing. We reached out to the store but the person we spoke with denied this. We’ll update this post if we learn otherwise.

NextDoor users shared their frustrations of having to go on wild goose chases to get the medications they need, and several took the opportunity to endorse nearby mom and pop pharmacies which need support from the Upper West Side: