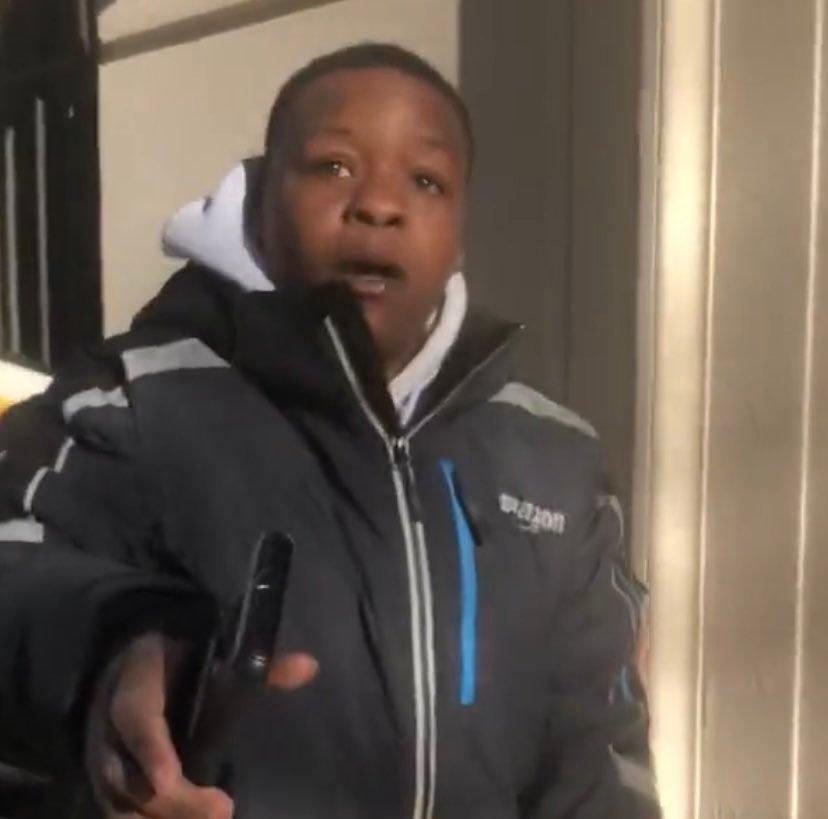 After yelling at a doorman, an Amazon delivery person assaulted an Upper West Side resident this past weekend.

James lives at 820 West End Avenue (at West 100th Street). He was heading out to get a bagel on Sunday, and when he got to the building lobby, he heard shouting. When he got to the door, he saw an Amazon delivery worker “screaming hysterically at the doorman.”

When he approached the door in an attempt to leave, he looked through the glass and made eye contact with the Amazon employee – at which point, James tells us – she started screaming at him and “demanding to know what [his] problem was.” He told her he wanted to leave, and reluctantly, she let him out. She then continued yelling at the doorman.

Out of concern things might escalate further, James began recording when he got outside. At about the same time, the doorman called the police, but the delivery person had left by the time they arrived.

The Amazon worker started yelling at James, asking him to stop recording her. He continued to record, and eventually, James tells us the Amazon worker punched him in the face.

Hey @amazon, one of your workers assaulted me on the UWS. NYPD24Pct was called, but when they arrived she had legged it and the other Amazon workers would not/could not help. @Amazon is a public safety menace! @GaleBrewerNYC @MarkLevineNYC pic.twitter.com/GUg4SoiGwT

The entire altercation reportedly started when the Amazon employee was having an “excessively loud phone conversation outside people’s windows” and the doorman had asked her to keep it down.

Police confirm that a report consistent with the above described events was filed on Sunday. “[A] 41 year old male victim states an unknown female punched him in the face while he was exiting the building,” an NYPD spokesperson wrote to ILTUWS. “The unknown female was having a dispute with the doorman at the location. The victim sustained a bump over his left eye. There are no arrests at this time.”