The American Museum of Natural History has expressed plans to have the statue of Theodore Roosevelt removed from its entrance on Central Park West. While the statue belongs to the city, the AMNH has requested its removal.

This decision comes amid growing protests for racial justice – along with an increased national focus on the removal of controversial figures.

The decision also follows an incident in which someone threw paint on the statue earlier this month, after which it was barricaded and protected by the NYPD.

The Equestrian Statue of Theodore Roosevelt was commissioned in 1925 and unveiled in 1940. While representatives from the American Museum of Natural History show appreciation for Roosevelt’s role as a conservationist and naturalist (and the Roosevelt family’s long association with the musuem), they’ve given more weight to what the monument represents. 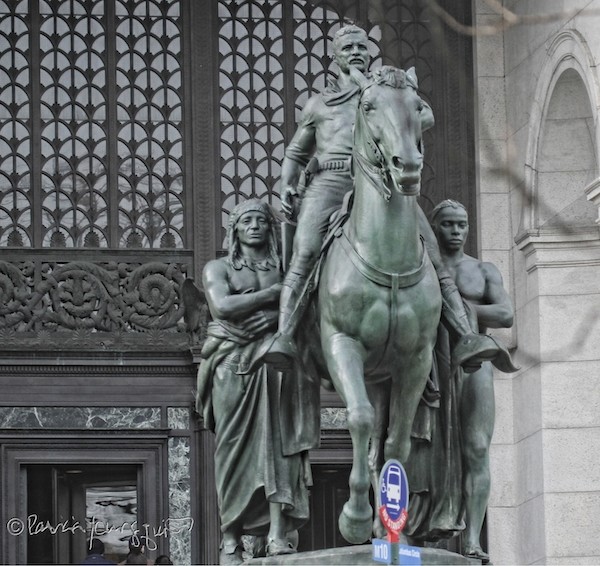 “The Statue has long been controversial because of the hierarchical composition that places one figure on horseback and the others walking alongside, and many of us find its depictions of the Native American and African figures and their placement in the monument racist,” the statement reads.

However, the museum won’t entirely be cutting its ties with Teddy, as they’ve also stated that the Hall of Biodiversity will be named after him.

COME LAUGH AT STAND UP NY!

A Musical Parody of “The Office”