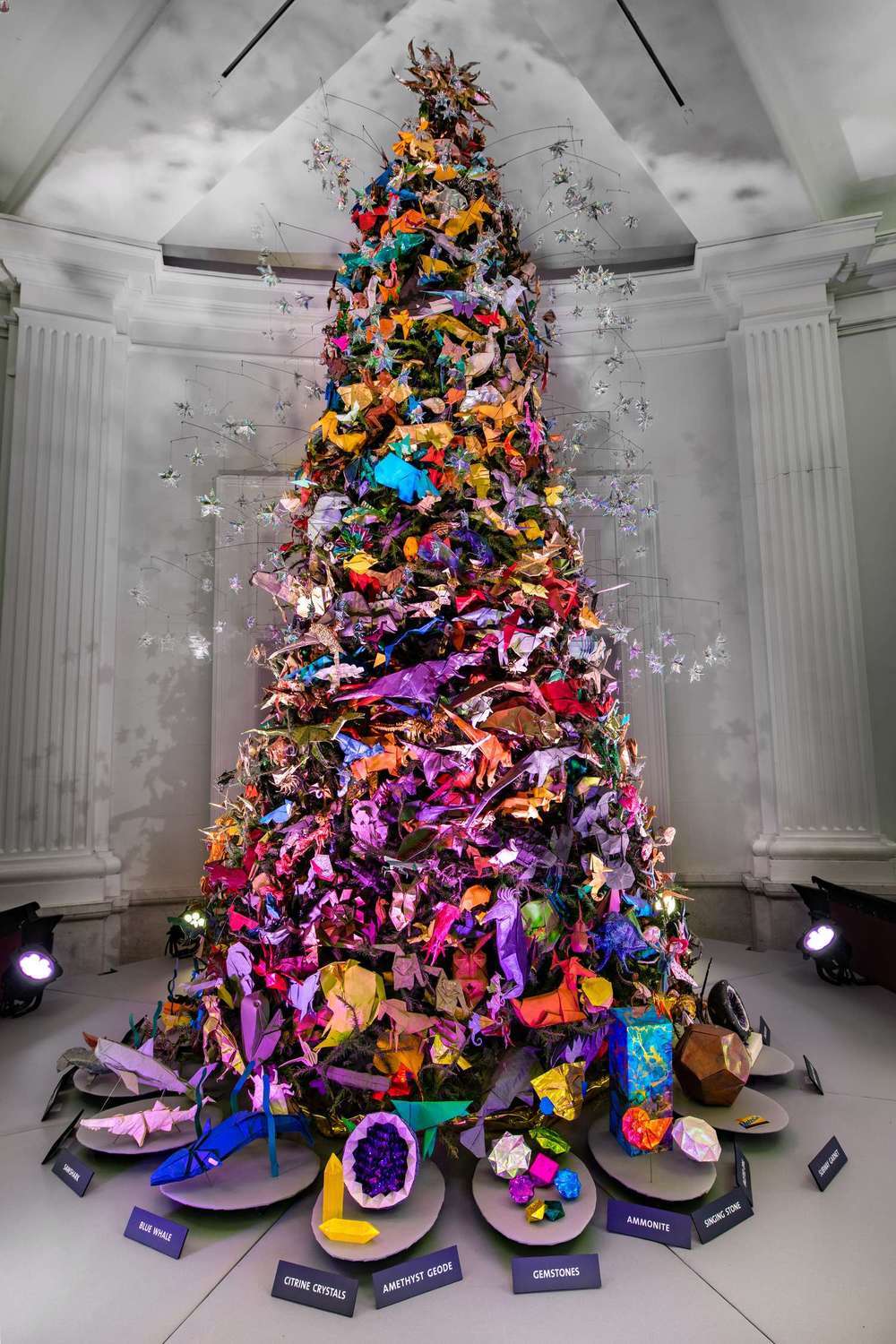 On November 21st, the Origami Holiday Tree is returning to the American Museum of Natural History, and the theme may surprise you. In honor of the Museum’s upcoming Susan and Peter J. Solomon Family Insectarium, the 13-foot tree will be decorated with over 1,000 origami butterflies, beetles, and other Beautiful Bugs.

Not only does this theme celebrate the Insectarium, a part of the Richard Gilder Center for Science, Education, and Innovation opening in February 2023, it also harkens back to the very beginnings of this annual tradition. The first ever, unofficial, Origami Holiday Tree was just three-feet tall, and was created more than 40 years ago by Museum entomologist Alice Gray. Affectionately known as the “Bug Lady,” Gray educated Museum-goers, students, and even TV audiences about all things insect. She also helped build the organization now known as OrigamiUSA, which continues to partner with the Museum to create the Tree to this year. 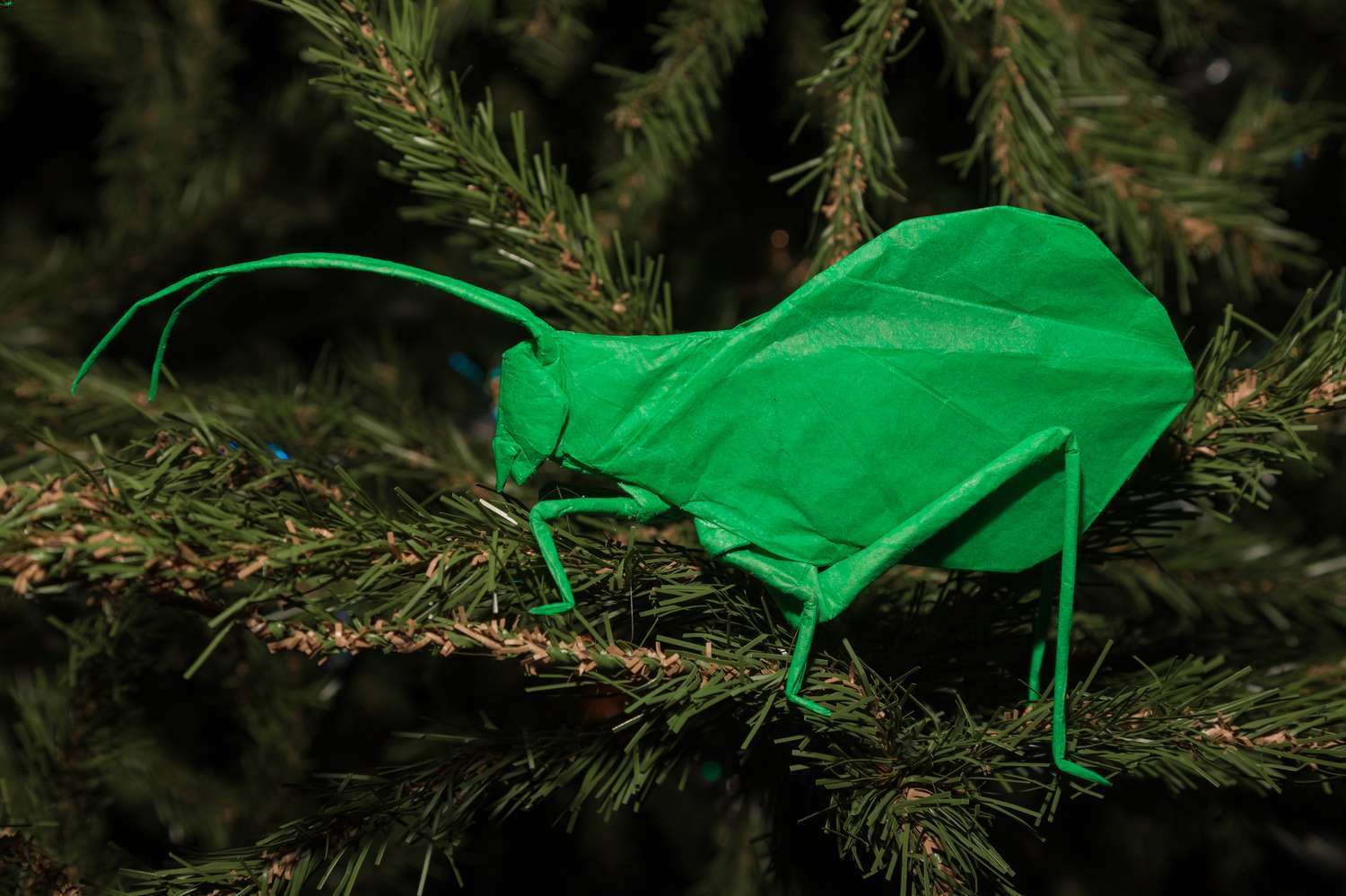 Previous themes have included Gems of the Museum, T. Rex and Friends: History in the Making, and Oceans of Origami, and visitors can expect to see iconic Museum exhibits (including the Blue Whale) represented amongst the bugs. For a close up look at the real thing, the Museum is currently featuring macrophotography of 40 different insect species in its exhibit, Extinct and Endangered: Insects in Peril. Opening in 2023, the Insectarium will include the largest leafcutter ant colony in the U.S., and the Davis Family Butterfly Vivarium, with over 80 species of free-flying butterflies.

The process of creating origami for the Holiday Tree begins as early as April with the help of volunteers from all over the world, and it looks like origami artists can already begin sending in creations for consideration in next year’s tree (visit the Museum website for some at-home instruction). To view Beautiful Bugs, visit the Museum of Natural History’s Grand Gallery beginning Monday, November 21!