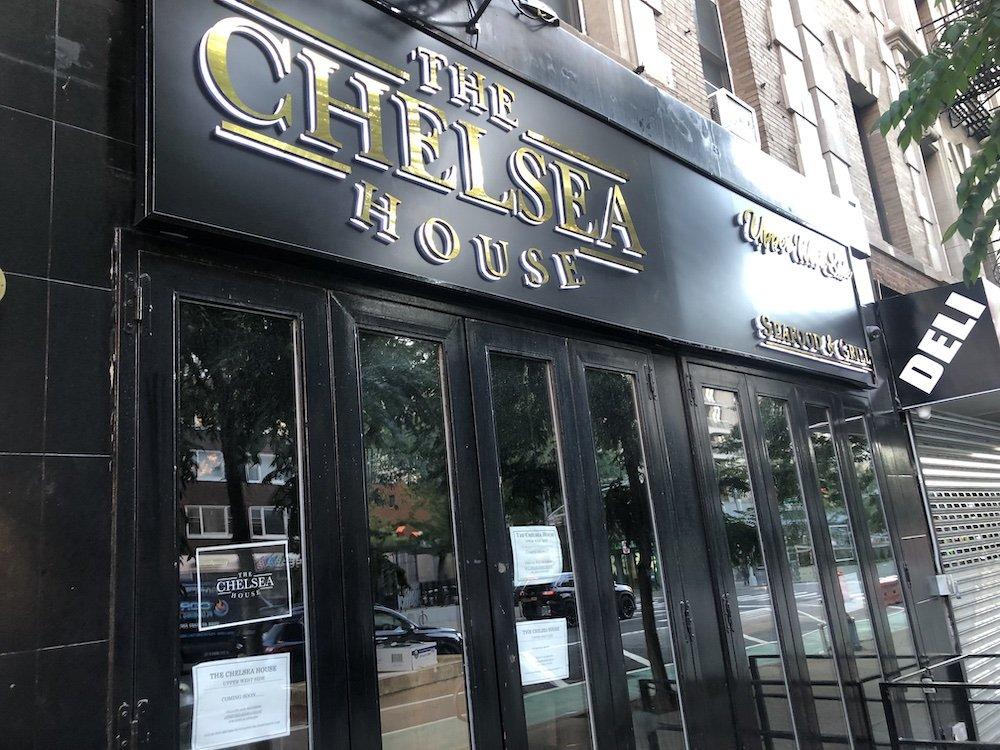 The Chelsea House, a restaurant known for its seafood and drink specials, is expanding with a second space at 710 Amsterdam Ave. between 94th and 95th streets.

The site was previously home to The Boilery, which opened in April 2019 and closed in early June (changing its name to “Amsterdam Seafood and Grill” at some point in between).

The Chelsea House appears to be from the same owner (we’ve asked). Its other location is at 235 Ninth Avenue between West 24th and 25th streets, and if you lookup that address, you’ll also find an “Amsterdam Seafood and Grill” marked on Google as “temporarily closed.”

“The Chelsea House” just celebrated its one-year anniversary in June. Its front-of-the-house leather couch has earned some Instagram acclaim, with visitors snapping photos in front of its red neon script sign that reads “Real Bosses Eat Together #Chelseahousenyc” over a brick wall. There’s artwork of The Notorious B.I.G., DMX, Madonna and Nipsey Hussle around the space, with leather chairs and a long leather booth lining the side wall.

ILTUWS spoke to the manager of The Chelsea House on Ninth Avenue, who told us they’re still working out the opening date and menu for the Upper West Side location. It’s possible this new outpost will take on a whole new aesthetic inside, but, so far, the signage looks the same at the two locations.

Looking at The Chelsea House’s menu, we can speculate some concepts that could find their way over here. They currently offer happy hour food and drink specials from 5 to 8 p.m., Monday through Thursday. There are $14 chicken tenders and fries, $16 fish or shrimp with fries and wings in buffalo, sweet chili or BBQ sauces for $12. On the drinks side, there’s $12 rum punch, margaritas, sangrias and frozen drinks.

Currently, Chelsea House has a 4.0 rating on Yelp and a 4.3 rating on Google reviews (out of 5). One commenter wrote, “The star entree was the Fisherman’s Combo (snow crab legs, shrimp, corn, potatoes) which allow you to select your spice level (we went EXTRA Spicy), the seafood had a great taste with good balance of garlic and creole seasoning. Overall a great place for a girl’s night out or dinner date with a special friend.” Other winners from the reviews appear to be their crab cakes, calamari and crispy shrimp po’ boy.

We’ll provide an update when we learn more.