Home
Community
An UWS Bookstore that Only Sold Murder Mysteries

In a 1972 segment of the popular TV show “To Tell the Truth,” Dilys Winn wowed the panel who were grilling contestants all claiming to be her. Winn’s deep familiarity with the mystery genre, including the specifics of authors and their heroes and villains, led the panelists to correctly vote her as the real Dilys Winn.


There’s always been so much creativity and innovative impulse on the UWS, and it’s impressive when someone comes up with something that’s totally new and different. That’s just what Ms. Winn did in 1972 when she opened Murder Ink, an independent bookstore entirely devoted to murder mysteries and true crime. 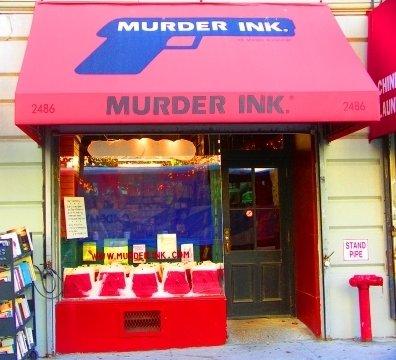 Apparently, it was the first store of its kind in NYC, or perhaps in the world.

The impulse to open the shop came from her love of mysteries and hatred of her job (in advertising). Ms. Winn told the “To Tell the Truth” panelists, “It was either sell them or commit one.”

Her personality seems to have been a bit quirky, as entirely appropriate for her profession. One former employee in the early 80s recalled that the 87th Street store was situated in part of the landlord’s garage. The mystery book store had two house cats, a “black and white tuxedo cat named Clouseau (relating to fictional character Chief inspector Clouseau in The Pink Panther) and a Maine coon cat named Humbleby (relating to an Agatha Christie character.)

Ms. Winn was considered to be very kind by Edgar Award-winning playwright and New Yorker Joseph Goodrich. As recalled by Goodrich, as a boy of 13 he was an avid mystery buff living in a small Minnesota town when he heard about the Magical Mystery Tours for adults Ms. Winn was leading in England. He gathered up his courage and called Murder Ink in NYC. He asked if any tour participants might serve as his chaperone. While Ms. Winn was encouraging, Goodrich’s parents were unenthusiastic and he later suspected they confiscated any follow up communications Ms. Winn may have mailed him. Many years later, he communicated the story to Ms. Winn and she assured him she remembered his call. However, they never met.

After selling the shop she founded, Ms. Winn went to work on a series of three books – a kind of  exhaustive companion reader with lots of detail, description and anecdotal material by and about mystery book enthusiasts.

“… Murder Ink immediately became the indispensable companion for the mystery community, which it went far to create. It was especially noteworthy for the range of material it included, from the editor’s reminiscence of having tea with Frederic Dannay, the surviving partner of the cousins who had written as Ellery Queen, to her interview of novelist Donald Downes, a former OSS member who answered an advertisement she placed in The New York Times’s Personals column inviting anyone willing to talk about the profession of spying to contact her.”

In 1977, Ms. Winn launched the Mystery Weekend series at Mohonk Mountain House (the last of the Catskill Mountain houses) in New Paltz, which has been hugely successful and continues today. Well known actors and famous mystery authors, such as Lawrence Block, Harlan Coban, Ed McBain, Susan Isaacs, and Robert B. Parker were among the participants in these events over the years.

Ms. Winn died in Asheville, North Carolina in 2016. The Dilys Award was created by The Independent Mystery Booksellers Association (IMBA) in her name and was presented to mystery writers from 1992-2014. 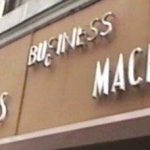 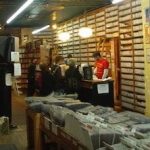 Be Kind, Rewind: The Days of Video Rental Shops on the UWS 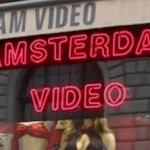 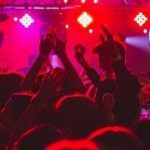