A dedicated group of architects and preservationists want gold, metal hanging strips unpacked from a storage facility in Jersey and re-installed to their glory at Lincoln Center’s David Geffen Hall. 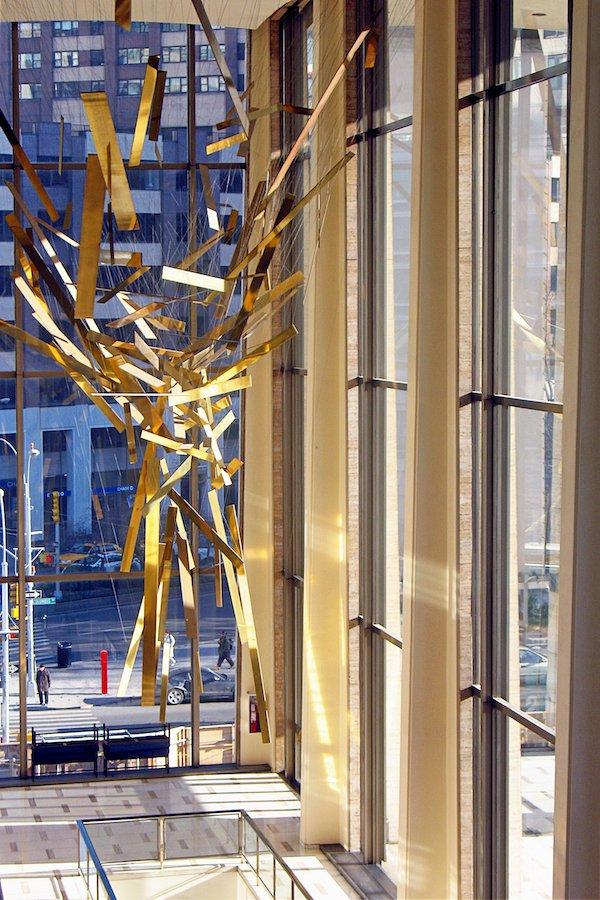 The 190 polished copper alloy strips comprise a large “para-architectural installation,” Orpheus and Apollo, by modern artist Richard Lippold, and were designed and conceived in tandem with the lobby inside the former Avery Fisher Hall at Lincoln Center, according to Sean Khorsandi, Landmark West!’s executive director. Khorsandi along with the Preservation League of NYS wants Lippold’s piece to be re-installed during Lincoln Center’s renovation. Lippold’s work was previously installed in the space which sits on the southwest corner of the building on Columbus Avenue at West 65th Street of Manhattan’s Upper West Side neighborhood. The piece was taken down and placed into storage in 2014.

“It’s part of the architecture that’s been removed. By removing this, you’re removing part of the building,” Khorsandi said. “And there’s another key side of this. We displaced a heavily Hispanic and Black community so we could have Lincoln Center. So, Lincoln Center sort of owes the public.”

During the six years the art installation has been in storage, it may not be at the top of mind for some, according to Erin Tobin, Preservation League of NYS’s vice present for policy and preservation. 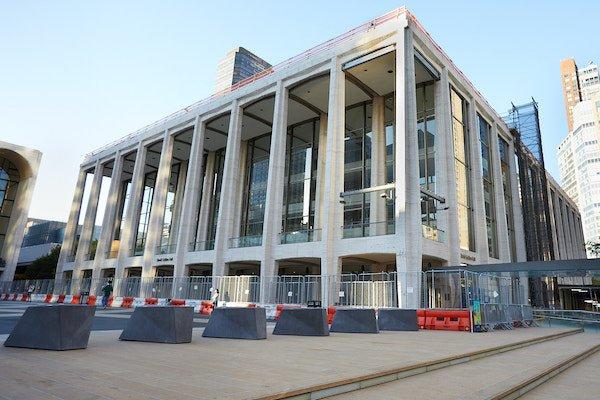 “People might not recognize that it’s missing from David Geffen Hall / Avery Fisher Hall,” Tobin said. “It was made specifically for the Hall, and to call attention to Richard Lippold, a renowned artist who focused on site-specific pieces. We think it needs to be put back and installed and recognized as a key feature of the Hall.”

We’ve reached out to Lincoln Center for comment and will provide an update if they get back to us.

Lippold, who died in 2002, is known for his site-specific work at locations such as the MetLife Building (formerly the PanAm building) and Jones Hall in Houston.