Home
Real Estate
Are Tech Bros Taking Over The Upper West Side?

Well, at least one publication has hinted towards an increase in tech industry professionals on the UWS. Not that there’s anything wrong with that.

A recently released report by New York State Comptroller Thomas P. DiNapoli states that tech sector employment in New York City increased by 33.6% (43,430 jobs) between 2016 to 2021, and according to Forbes, this growth has been driving demand for luxury condominiums on the Upper West Side.

The publication spoke with real estate pros who highlighted two Upper West Side buildings which, they say, have seen a particularly high proportion of tech-industry workers taking apartment tours.

One of those buildings is 393 West End Avenue at 79th Street, a prewar building which has been renovated and converted into a new development condo. Steele writes that three out of every five prospects who’ve shown interest in the building have “journeyed northward from the burgeoning tech hub downtown,” and Louise Phillips Forbes of Brown Harris Stevens says that “Over the past 12 months, I’ve completed more than 22 sales with tech sector buyers, and 393 West End Avenue has been a particular standout.” Currently available units range in price from $1,278,650 for a one-bedroom, one-bathroom apartment to $6,780,500 for a unit with four bedrooms and three baths.

Another standout has been the controversial 200 Amsterdam Avenue. Brown Harris Steven’s Robin Schneiderman says they’ve “seen interest from buyers in the technology sector who were attracted to the charm of the neighborhood,” though more specific details were not mentioned. Currently available units at 200 Amsterdam start at $3,100,000 for a one-bedroom apartment. The priciest current listing is a five-bedroom going for $8,800,000, though the tower made headlines when it listed two penthouses for about $40,000,000 each. 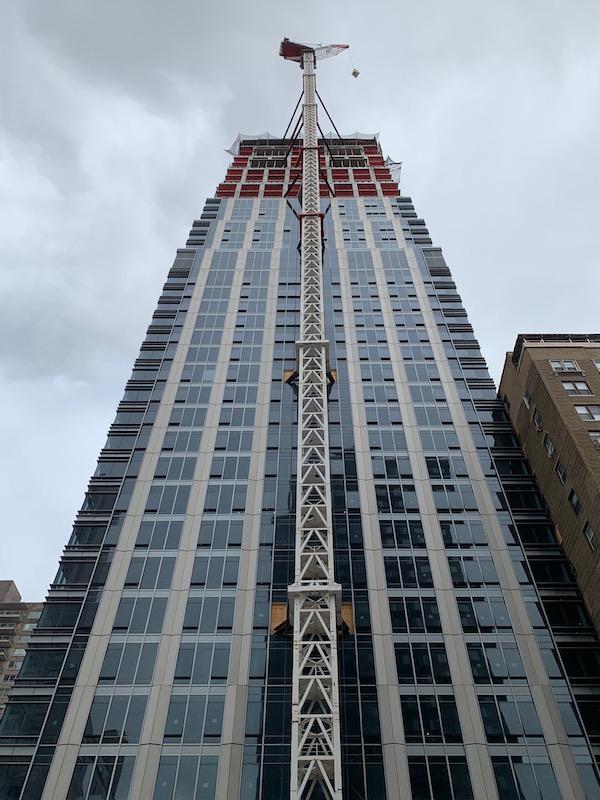 The tech sector has remained a lucrative job market as online recruiting firm Dice says the average tech salary in NYC was $115,510 during 2021, which ranks it third overall in the country behind only Silicon Valley and Seattle. Not only that, but tech is growing while other industries shrink; DiNapolis’ report also states that while the tech sector has grown dramatically, the private sector contracted 3.3% overall during that same 2016-2021 period.

While some tech companies are holding off on opening new offices in the city because of uncertainty about remote work, Google is growing rapidly – having recently opened a splashy new office at Pier 57 and asking their 12,000 NYC employees to return to work at least three days a week.

Prewar Living in the Heart of Morningside Heights