We’ve gotten word that the Banana Republic at 1976 Broadway, at 67th Street, will soon be closing; a store employee told us it will likely be some time in July. The store is having a liquidation sale until its final day. 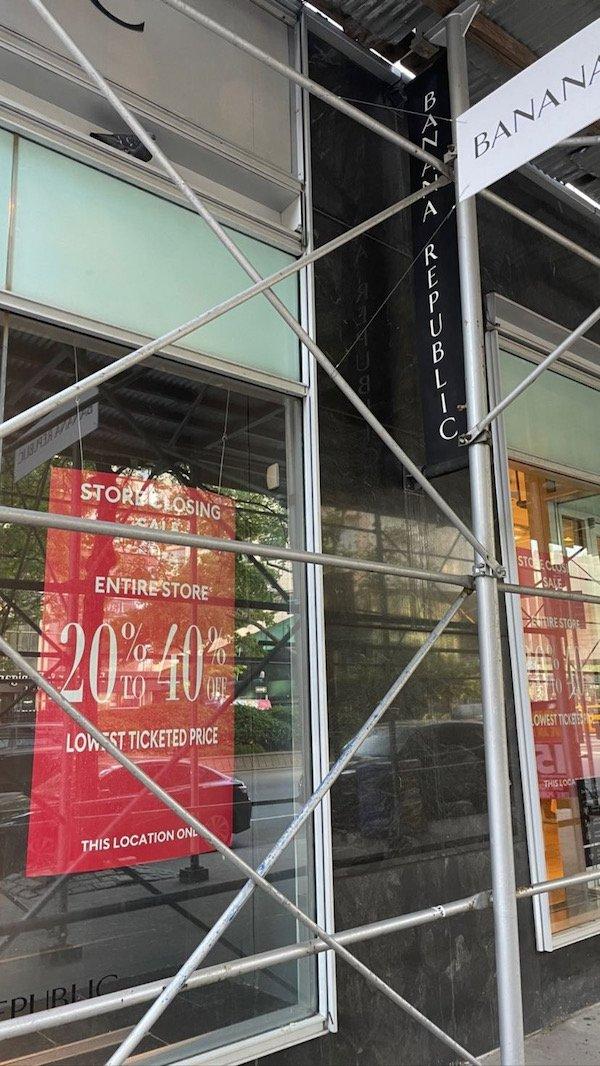 The future of this store – as well as the Gap at 1988 Broadway – first seemed uncertain when both spaces were put on the market last year.


While this seemed like a sure sign that both would be closing, the listing brokers from RIPCO Real Estate, which represents the landlords, told us at the time that while both stores had remaining months on their leases, the spaces were put on the market in the event neither ended up renewing.

A representative from Gap Inc, which owns both retailers, also told us at the time that they were “looking thoughtfully at [their] real estate to support the best path forward for the company and currently have several store locations under review or in lease negotiations, but do not have any specific details to share about these locations at this time.”

We reached out to the Gap at 1988 Broadway – which does not appear to be closing.

Gap Inc announced in 2019 that it would be closing 230 of its stores, with many more expected to close in the coming years.

Francesca’s to Close by End of Month

Ladies: Trade in your old bras!