It’s almost Opening Day for Major League Baseball, that magical day when every team is in first place and undefeated. Hope is about to spring anew and the boys of summer will soon be chasing history or their personal best for 162 games. Some of the league’s players, past and present, have Upper West Side roots including pinstriped legends Babe Ruth and Joe DiMaggio.


DiMaggio and his first wife, actress Dorothy Arnold, shared a 1,300 square foot apartment at 400 West End Avenue from 1939 to 1942. Joltin’ Joe lived in the building’s penthouse when he broke George Sisler’s hit streak record in 1941.

DiMaggio’s record 56-game hitting streak still stands today and remains one of the toughest records to break. Notably, DiMaggio would have banked $10,000 from Heinz Ketchup if his streak reached 57 games – to match the company’s famous “57” featured on its labels. But DiMaggio is not the only former baseball great to call the Upper West Side home.

Godzilla has claimed the UWS as his regular stomping grounds. Enjoying the “quiet life” of the UWS since retiring from the game, 2009 World Series MVP Hideki “Godzilla” Matsui has rented an apartment on the UWS since 2016.

Alex Rodriguez, former Yankee third baseman and current MLB analyst for FOX and ESPN, has maintained the Upper West Side as his NYC neighborhood of choice. A-Rod first called 15 Central Park West home in 2008 after moving from the East Side. In 2011, he moved to the Rushmore but flipped this investment after 10 short months. A-Rod was confirmed to be living at the Aldyn in 2013 when he was rehabbing from hip surgery and was later rumored to be banned from moving back to 15 Central Park West. However, it seems A-Rod’s last known area residence was back at the swanky CPW address from 2017 to at least August 2018, where he and J-Lo had been keeping a secret apartment there.

Two current Yankees have some UWS connections as well. Pitcher Aroldis Chapman closed on a four-bedroom unit at 1 West End Avenue in 2018 (along with fellow famous Upper West Sider Bruce Willis). All-Star slugger Aaron Judge “had a secret midnight rendezvous” at an Upper West Side batting cage to tweak the mechanics of his already lethally successful swing into a “career changer” in 2018.

But the most famous Yankee of them all, and arguably the most famous baseball player in history, lived on the Upper West Side for at least 20 years. When the Boston Red Sox sold George Herman “Babe” Ruth to the Yankees, he and his wife Helen moved into the Ansonia, the year after the 1919 Black Sox scandal. The length of Ruth’s tenancy at the Ansonia remains a question to this day. Pop Spots NYC reports that he lived there until 1929 while he created many of baseball’s best-known records during those nine years. However, according to Bernie Gelb of Ansonia Realty LLC, the “the exact dates of his tenancy” are not known.

From 1929 to 1940, the Babe lived in an eleven-room apartment at 345 West 88th Street with his second wife Claire and daughters Dorothy and Julia. He then moved to 173 Riverside Drive, where he lived from 1940 to 1942. Ruth would ultimately move to 110 Riverside Drive in 1942, where he remained until his death in 1948. During his 15 years in pinstripes, Ruth led the Yankees to seven American League pennants and four World Series wins, setting records that were held for decades including the all-time home run total (714), also setting the single-season home run record three times. In two of those seasons (1920 and 1927), Ruth hit more home runs than any other team in the American League. 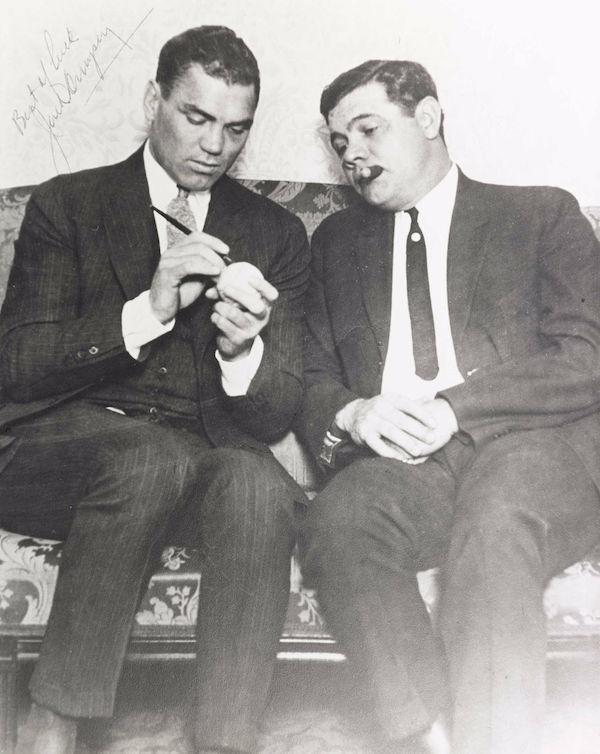 Babe Ruth and boxing legend Jack Dempsey, who also lived at the Ansonia – 1923. Photo care of the National Baseball Hall of Fame and Museum

Nunez rented an Upper West Side apartment in 2013 and Mantle has a school named after him at 466 West End Avenue. Tanaka and his wife stayed at the Mandarin Oriental Hotel while they apartment shopped after signing with the Yankees in 2014.

The Michael Kay Show, the daily sports talk show hosted by Yankees TV broadcaster Michael Kay, moved into 125 West End Avenue starting in 2013. Though Kay confirmed the show continued to air from this location as recently as 2019, it seems likely that the show has moved or will be moving soon based on the building’s redevelopment into a science and research facility.

A brief closing remark to any Mets fans reading this article: I am admittedly an ardent Yankees fan. But I assure you I did search far and wide for information on Mets players living in the area and did not intentionally omit any Met who may have. I found that Tom Brady had a condo at 10 Columbus Circle, Billie Jean King lived at 101 West 79th Street, Mark Messier at 29 West 85th Street, and Joe Namath at the Dakota. I learned that Jackie Robinson’s funeral was held at the Riverside Church. But no Mets. The closest I came to any link between a Met and the Upper West Side was Keith Hernandez’s guest appearance on Seinfeld and Noah Syndergaard’s and Jacob DeGrom’s discussion on the importance of chicken fingers in performing at an All-Star caliber (a discussion which took place on the UWS). If there are any players I missed, please let us know and don’t hold it against me. 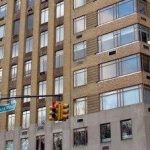 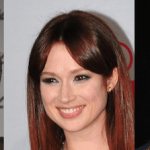 Mark Ronson House Hunts on the Upper West Side