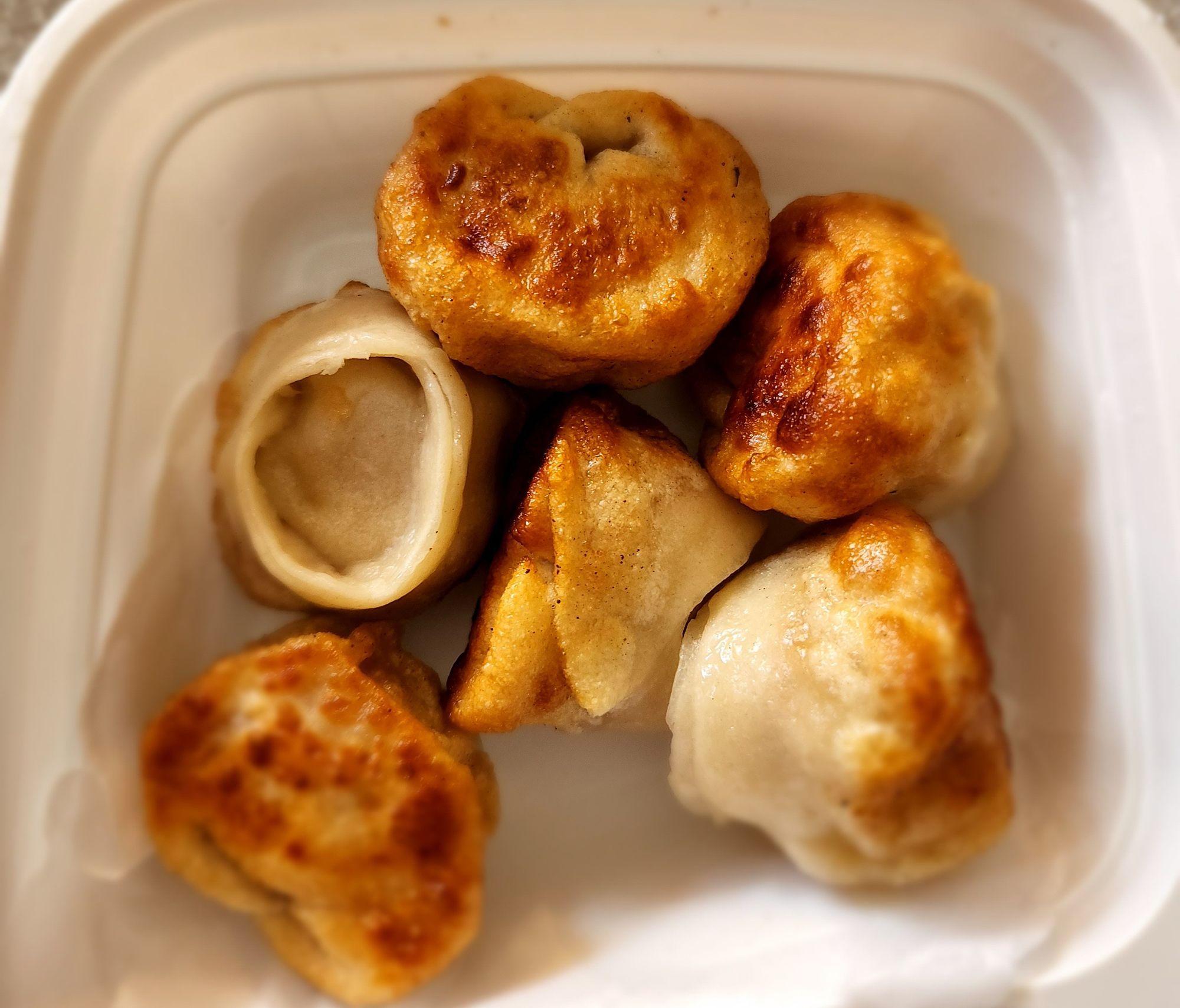 Pan Fried Dumplings from Tri Dim West, one of our new honorees.

It’s been a few years since I boasted about the best Chinese restaurant options on the Upper West Side and I’m thrilled to be back to tingle your taste buds with an update to one of my most well-received lists. As our beloved UWS continues to expand its palate for the various regional representations of this cuisine – and as one spot on the original list has been replaced by a wrap place — it’s time for the 2022 edition.

Atlas made it to the top of my original list just after it opened, and it must remain now. I’m not alone in putting Atlas on a pedestal; it’s found a spot on more than one of Eater NY’s best-of lists. And as relaxing as a spa may be for those who can afford it, the ambiance inside of Atlas provides a similarly soothing zen for an evening of excellent dining. The menu here offers everything from Americanized Chinese comforts like Kung Pao Chicken to more exciting dishes like Braised Frogs with Chopped Red Chili. But if you want my suggestion, start with the Hunan specialties as this province is where the chef is from and the Hunan fried rice will make you question every other kind of fried rice you’ve ever shoveled into your mouth before. This is not just a dish to soak up other sauces, but a spicy and flavorful one that can stand proudly on its own. The best part about Atlas Kitchen is that while it may be an elevated affair from the takeout joints that used to be rampant in the area, the prices are very reasonable for the kind of quality you get. 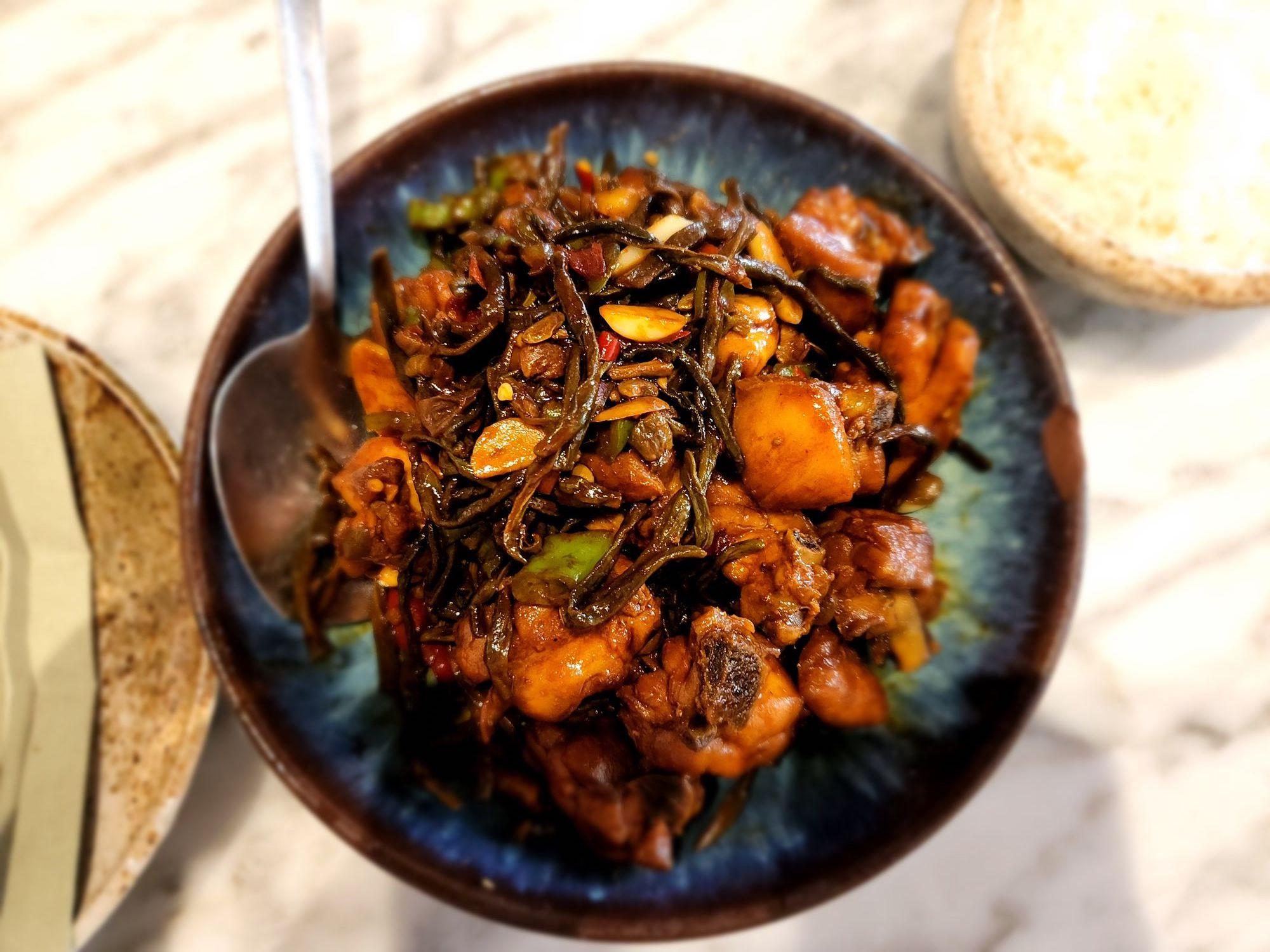 READ MORE: BEST BAGELS ON THE UPPER WEST SIDE

Tri Dim Shanghai Restaurant and Bar originated on the Upper East Side, and when former servers Tom and Jay took ownership, they set their sites on expansion. Lucky for us! They’ve brought their super flavorful Shanghainese dishes — along with their popular dim sum and Szechuan dishes that may provide more familiarity to a western diner — but I dissuade you from resting on your laurels when it comes to filling your belly here. This is another restaurant with great decor and a vibe to settle you in for a feast, and I suggest you go with a group so you can order as many different dishes as possible to get the full spectrum of possibility on their menu. Every dim sum dish I’ve had here sings … I mean a Peking Crispy Duck Roll? Yes, please! But it was the Shredded Turnip Short Cakes that were the surprise hit for me; it’s exactly what it says it is, and yet the taste is so much more. If it’s soup you’re seeking, you’ve got a great lot to choose from. Try the Szechuan Boiullabase if you’re looking to open up some airways. Go with your gut when it comes to choosing your main course. And if you brought a group then treat yourselves to their Peking Duck, the best you’ll get in these woods. 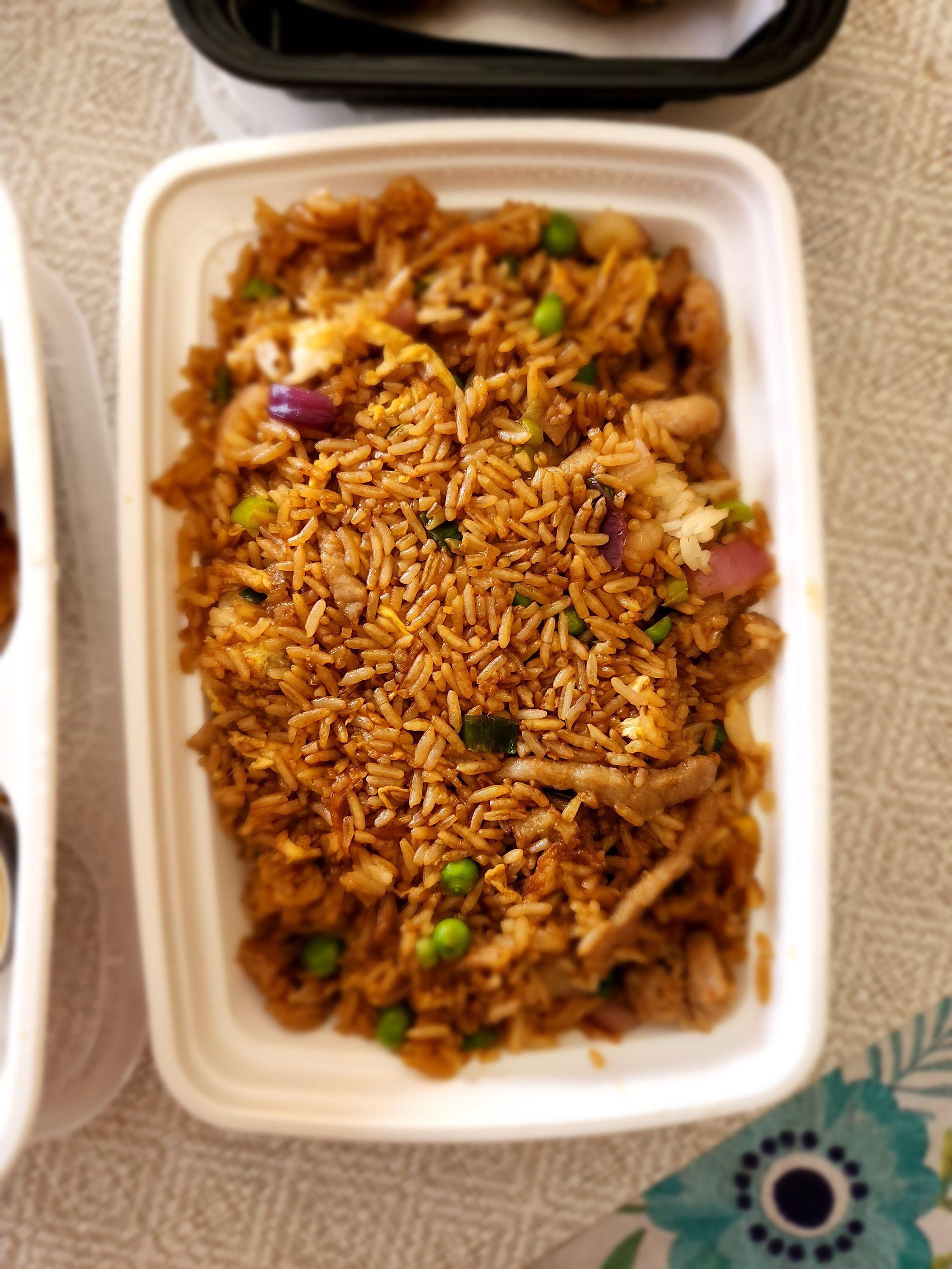 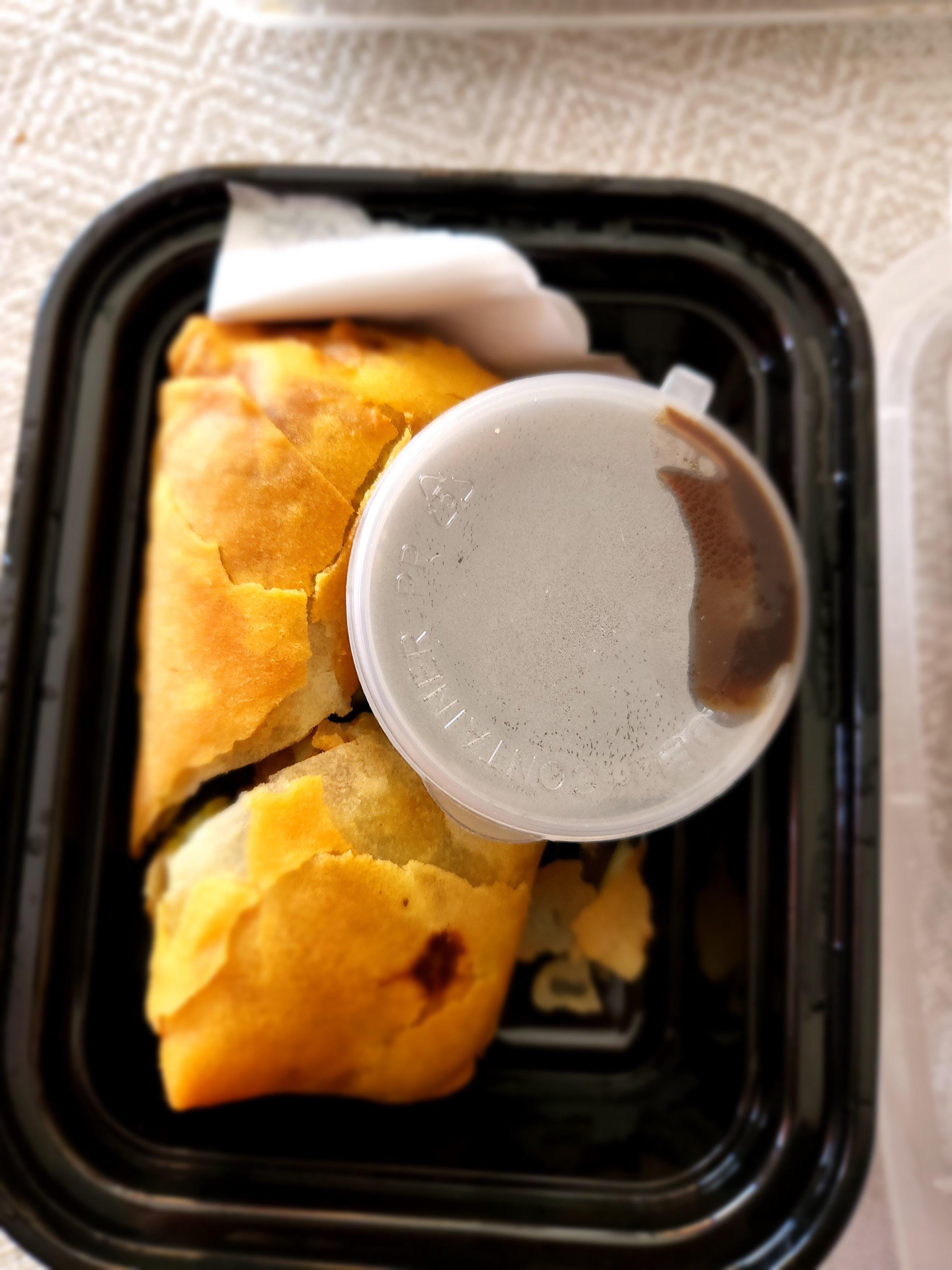 This is a much more casual dining experience. There are a few small tables inside and out, but the draw is less about the setting and more about the food. If you’ve never had the Cantonese steamed rice roll dish, then you’re in for a treat. While it’s not something that I personally grew up eating, it instantly struck me as comfort food. The chewy rice noodles are rolled up with your choice of “toppings” with some suggested combinations available to make things easy for you. My favorite of the rice rolls was the Joe’s Signature, which includes beef, pork, dried shrimp, egg, and vegetables. I also really loved the curry fish balls as a side; the sauce is great and the balls are perfectly fried with a chewy inside and a mild fish flavor. If you want a tasty and texturally cozy meal on the cheap and in a hurry, this is the place for you. If you want ambiance and superb service, go for another restaurant on this list. 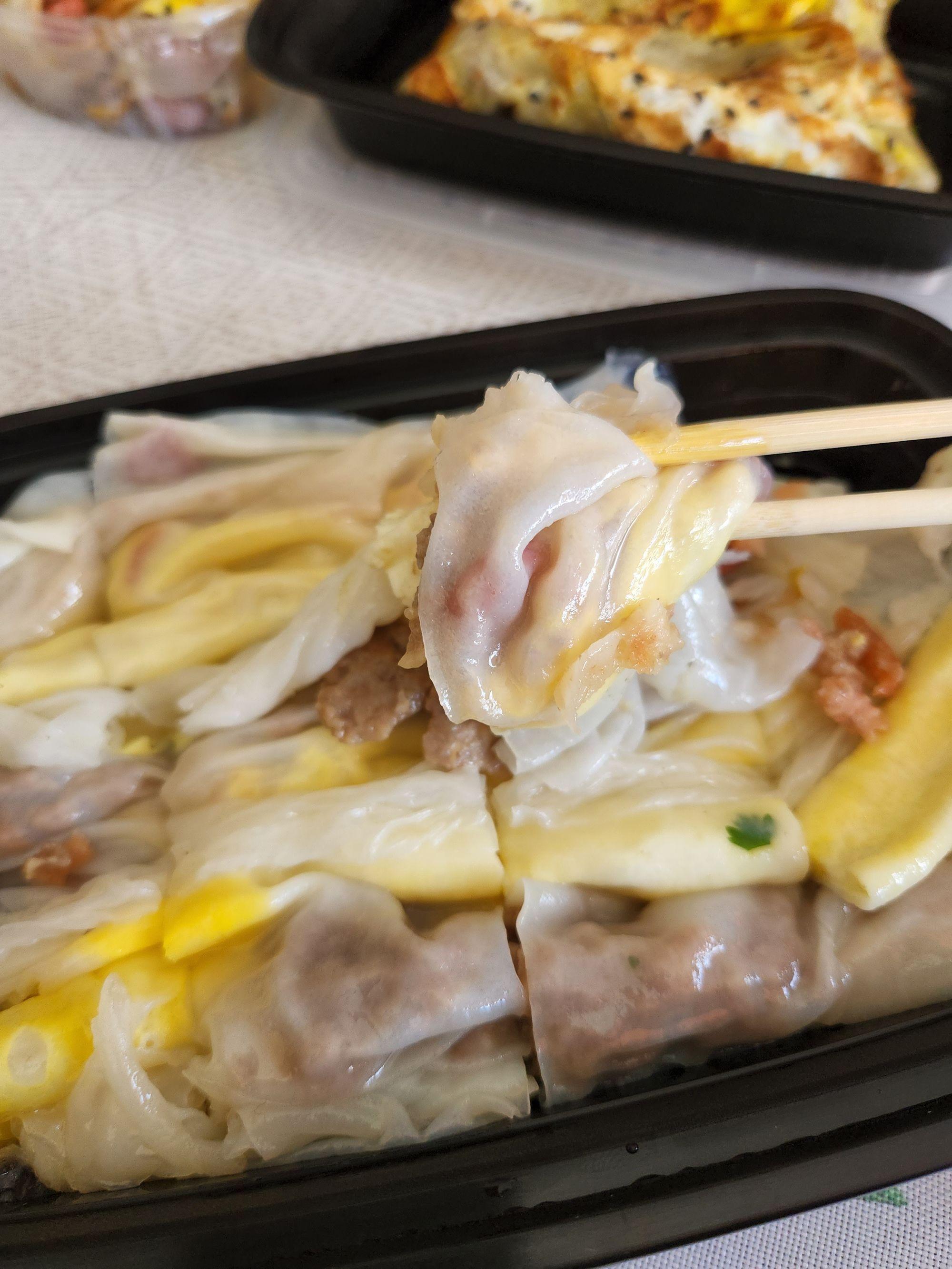 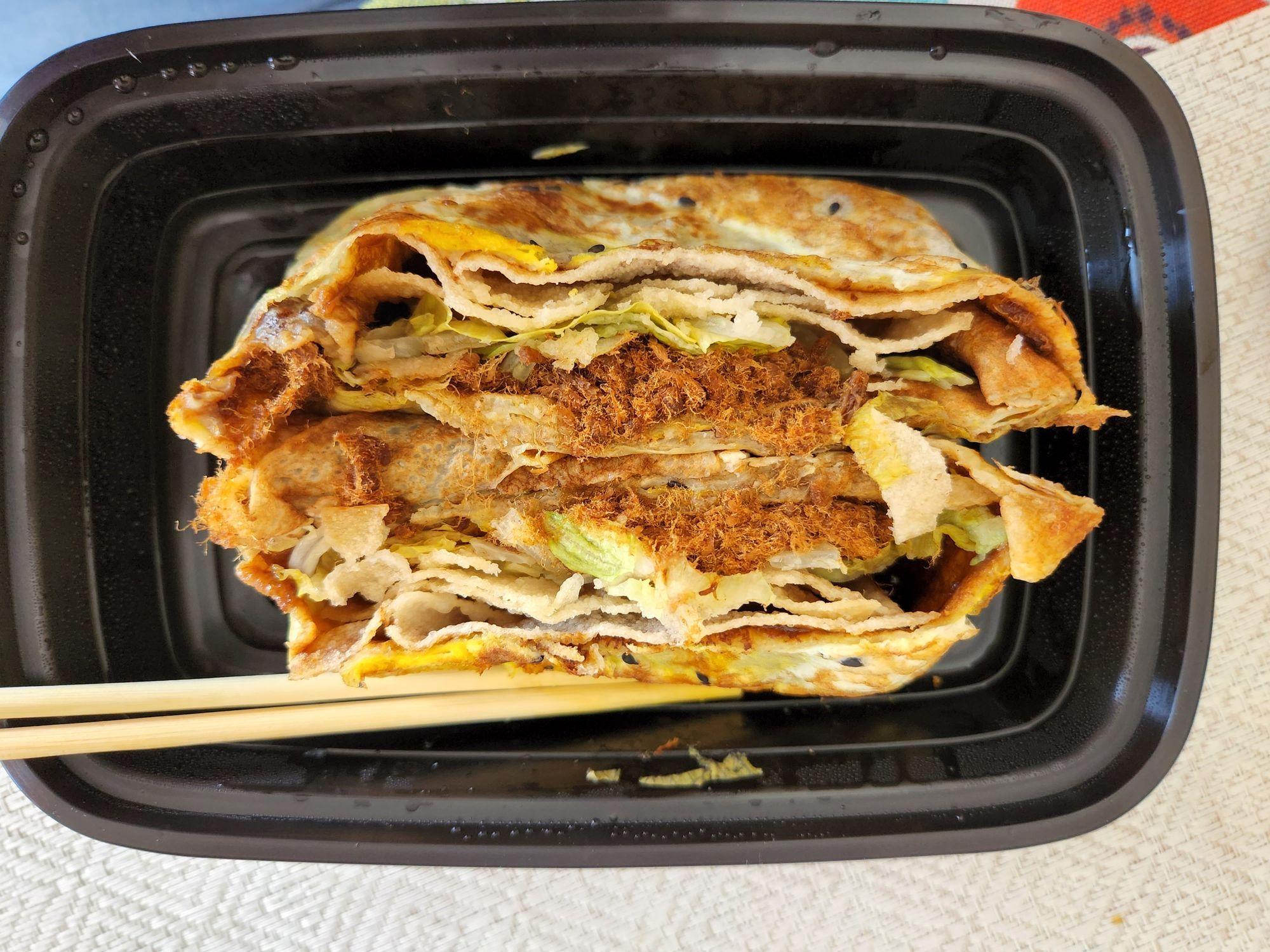 When I first stumbled upon a Legend restaurant it was in Chelsea and the noodles I had were so delicious that I became an avid follower wherever they went. Which, ironically, included a stint in the place that now houses Atlas Kitchen! But Legend’s last remaining outpost is located on 72nd Street, right in the heart of the UWS. The husband and wife team who own and operate this restaurant do so with love and an abundance of spice. The leading items here are those rooted in their Sichuan heritage. While there are plenty of tasty unspiced dishes here — like the Ginger & Scallion Lo Mein with Oyster Sauce that fueled my fandom — I would implore those who like the heat to order the dishes with those little pepper icons next to them, of which there are plenty. I’m a big fan of the frog’s leg dishes, but if you want something from a bigger animal, then I really like the Dry Spicy Tasty Diced Chicken with Ginger & Peanut. Their Sichuan Spicy Ma Po Tofu is legit, but may not be texturally pleasing for everyone, so feel free to ask questions before you order. And if you’re worried about the prices, which may be higher than your average Chinatown Sichuan spot, then take your tastebuds in for their lunch special offered on weekdays. 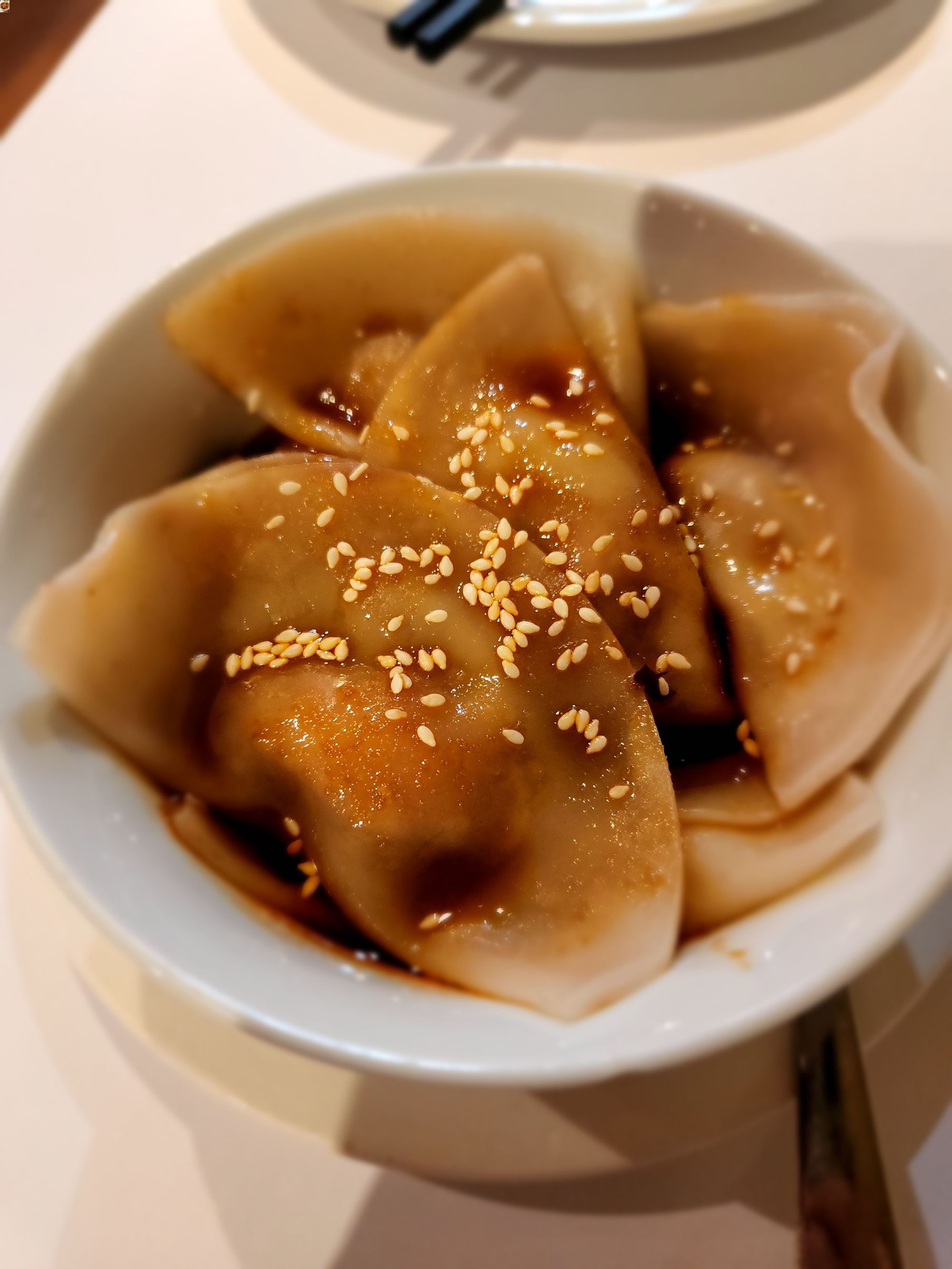 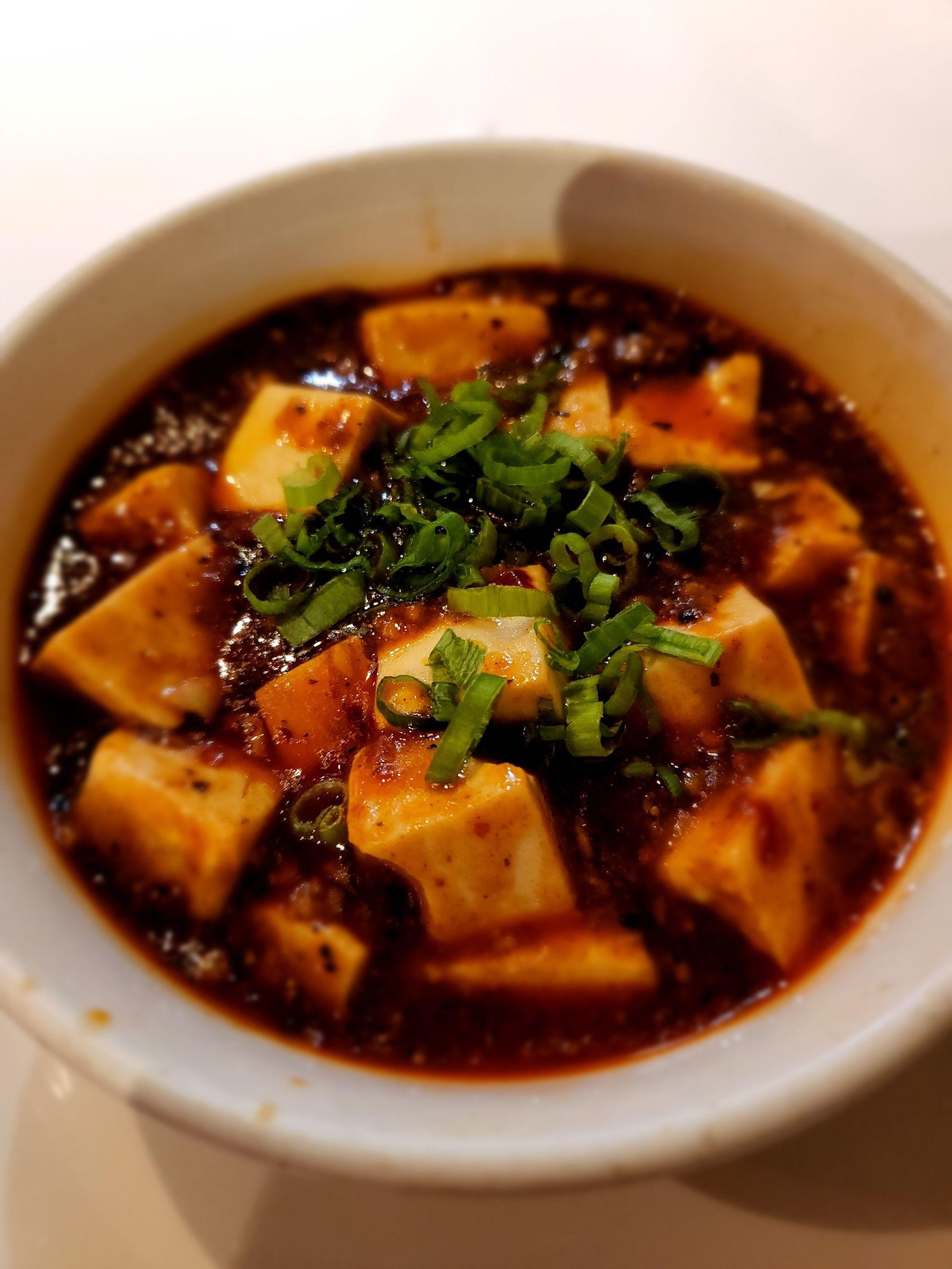 Jing Fong is a New York City dim sum institution and I’ve gone back and forth about whether to keep it on here as the experience has not remained consistent since it’s opening (for which I blame the pandemic). But it’s still damn good dim sum. The original restaurant which had been serving dumpling lovers since 1978 closed its doors after COVID took down so many of Chinatown’s favorite restaurants. It reopened in December 2021 in another spot, and I imagine it’s getting more of the ownership’s attention than the Upper West Side location. Although there are certainly some differences between the uptown and downtown restaurants, the quality of the food remains top-notch. I’m personally only interested in a dim sum meal when I dine here, so I would fill up on Har Gow, Siu Mai, Sticky Rice Wrapped in Lotus Leaf, Pork & Shrimp Dumplings and Bacon wrapped Shrimp. Pair it with a glass of wine from their list of above-average selections and with good company, you can forget about your server in case they forget about you. 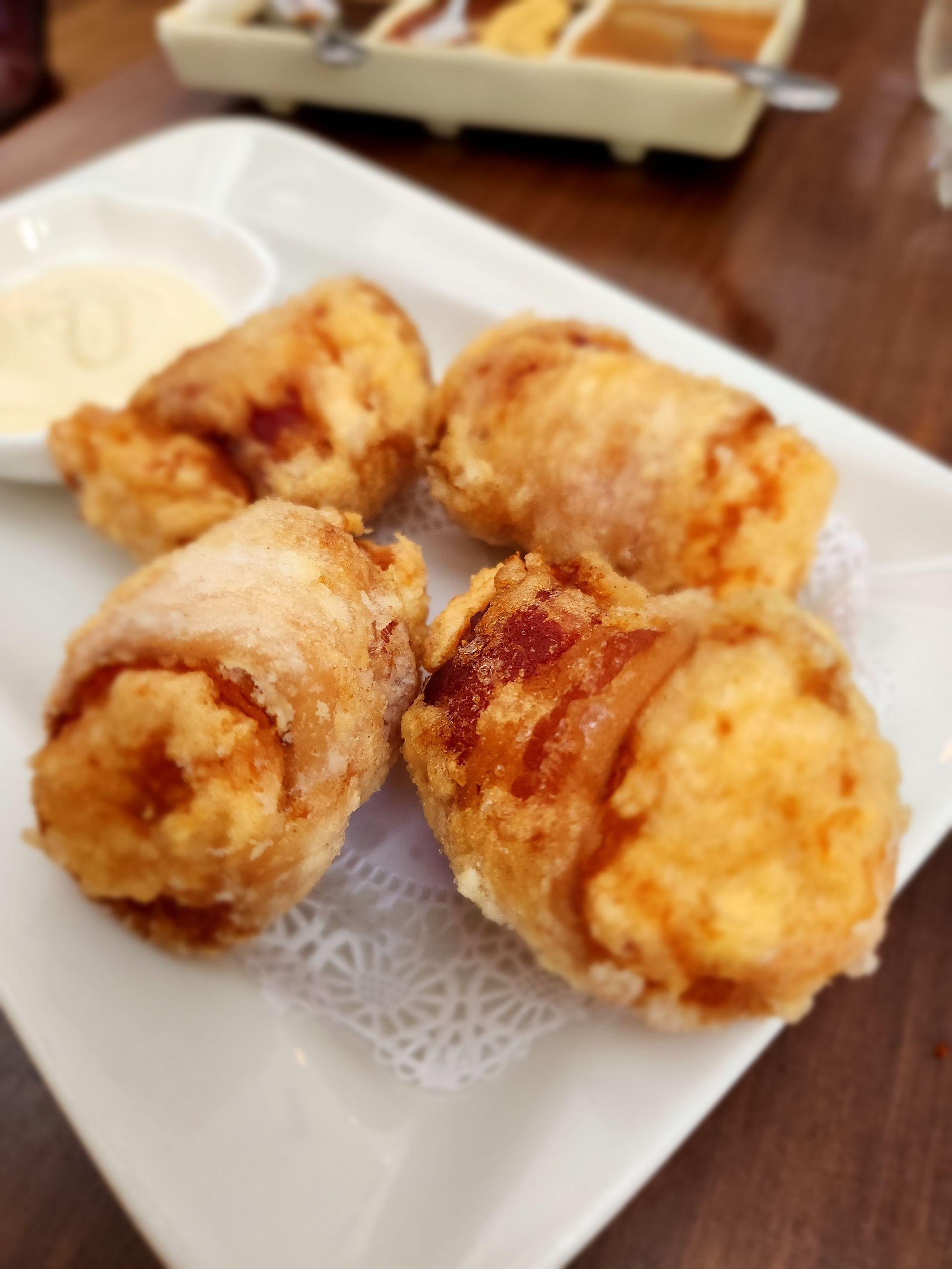 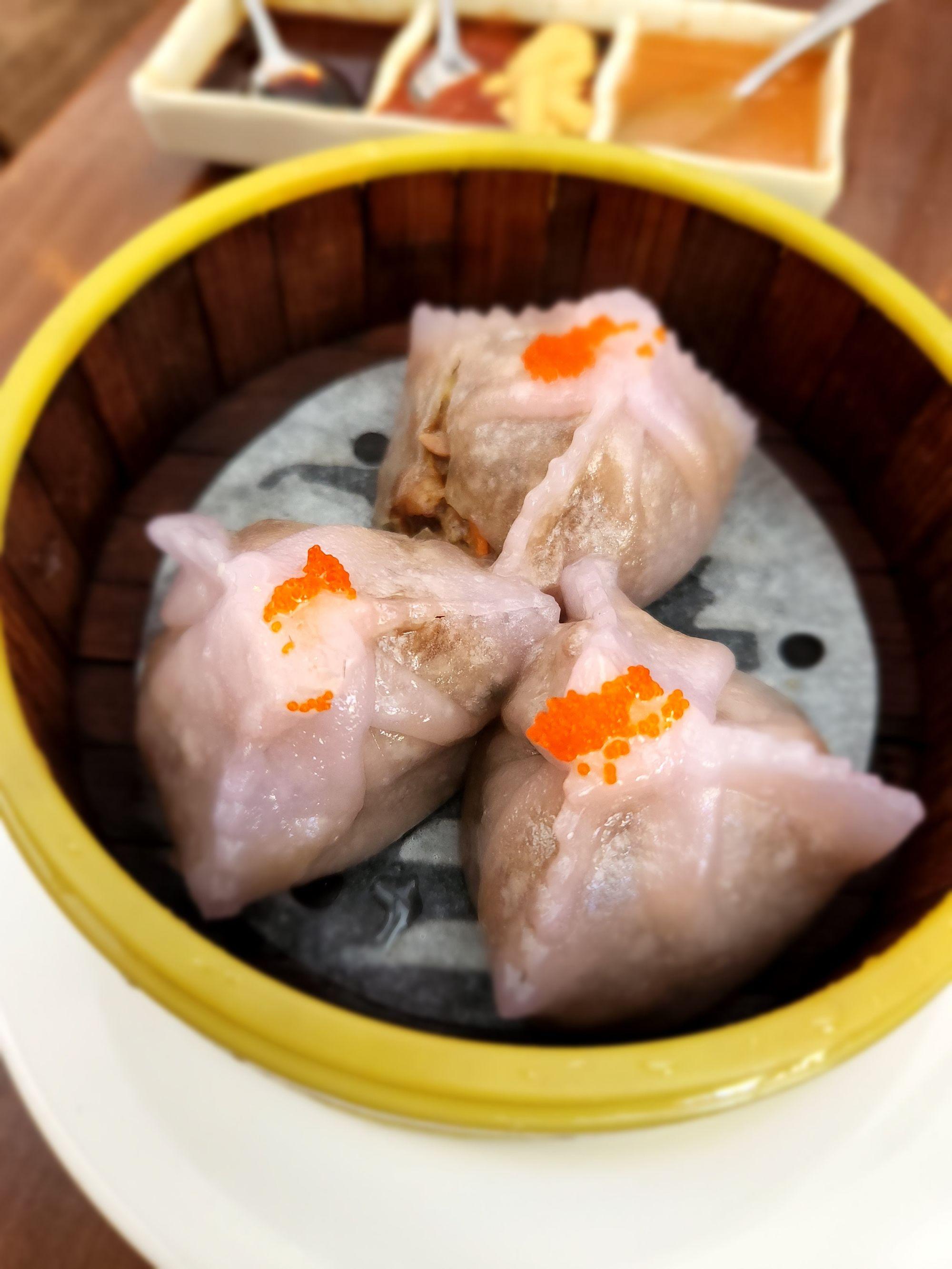