Bette Midler’s new book, The Tale of the Modern Duck: A Modern Fable, will become available on February 16, 2021. This will be Midler’s debut children’s book. 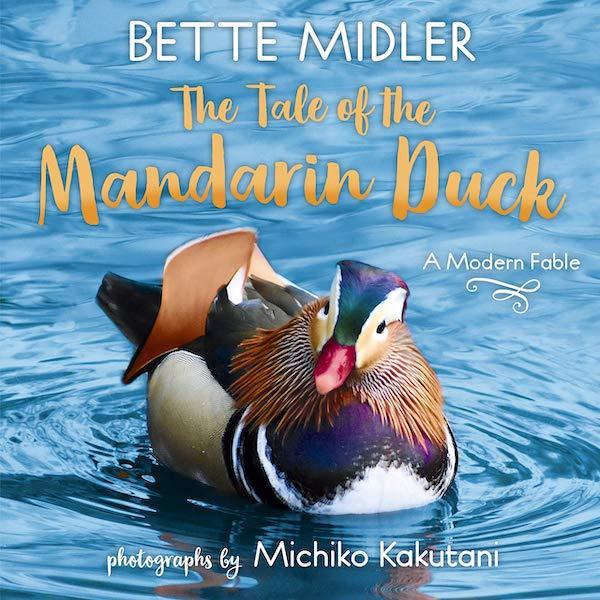 Published by Random House Books for Young Readers, the children’s book is inspired by Central Park’s Mandarin Duck, which first graced us with its presence in 2018. This was a special and unexpected sighting, as this species is native to Japan and China.

“How do you get people to appreciate what is right in front of them? In The Tale of the Mandarin Duck, it takes a mysterious, beautiful duck and a clear-eyed kid to point out the obvious!”

The book includes photos of the actual duck, taken by Michiko Kakutani, a well as black and white illustrations by Joana Avillez.

In an interview with Good Morning America, Midler said she “wanted to memorialize his visit and let readers know that the natural world is full of creatures just like him, if we only take the time to raise our eyes and actually see them”.

The Mandarin Duck was first spotted on October 10, 2018 in Central Park, by the pond at 59th and Fifth Avenue. It disappeared briefly, but showed up again on October 25, 2018 – this time at the 79th Street Boat Basin.

Here’s a link to Bette Midler’s book on Amazon.com.