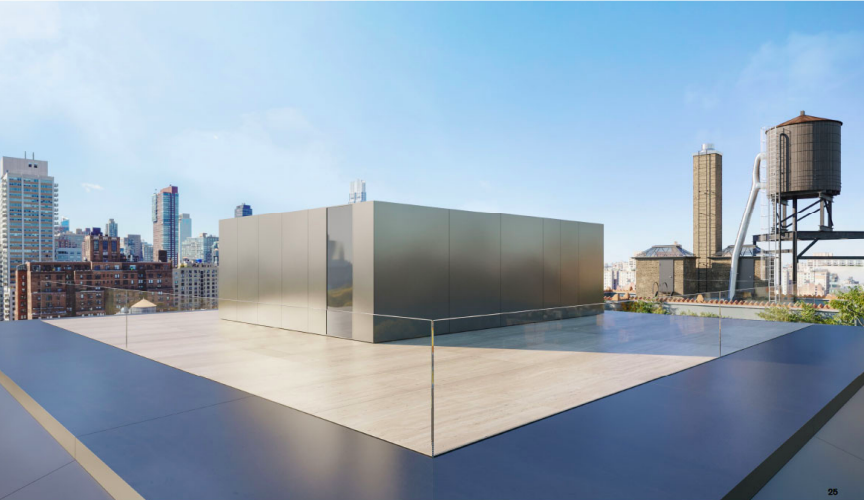 The last time the proposed glass penthouse atop 6-16 West 77th Street was up for debate, those in opposition sensed a small chance to snag victory from the jaws of defeat. A majority of public testimony at a November 2021 meeting of Manhattan Community Board 7 (MCB7) was against the structure, and billionaire Bill Ackman was sent back to the drawing board without a formal vote.

However, Community Board 7 did offer some advice for future submissions: scale down the plans. That is exactly what the hedge fund manager did.

The not-so-little penthouse that could, after being sent back to the drawing board again in January, received the approval of the Landmarks Preservation Commission (LPC) meeting on May 3 to construct a rooftop addition on the 1927 “neo-Renaissance style apartment building designed by Nathan Korn.” 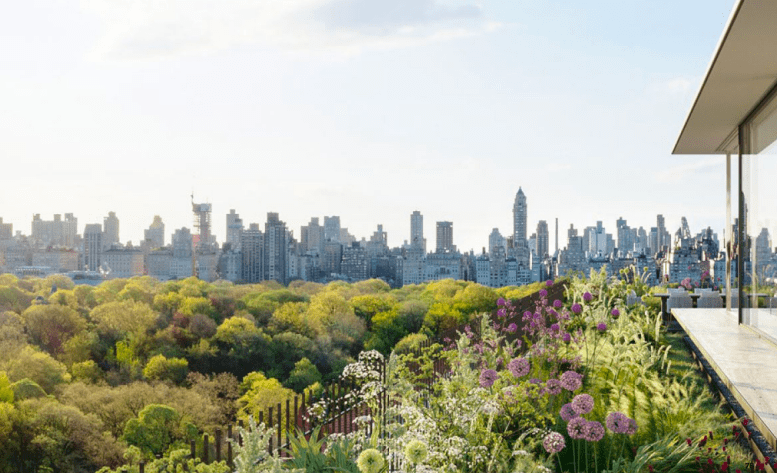 When the initial designs made their way through MCB7 on November 3, the naysayers in attendance did not hold back. Most framed the glass structure as nothing more than an aesthetic blight on the neighborhood. It was derided as a “sarcophagus-like structure” and one member of the public even went so far as to wonder aloud whether Ackman’s million-dollar donation to the Historical Society bought its endorsement.

But Ackman prevailed. He and his team of architects presented LPC with a fresh look this week, a fully reductive design that lowered the height by three feet from the initially proposed 15 feet. The exterior was also reimagined, from glass and black steel to “gray steel meant to better blend in with its surroundings” and no longer visible from street level. 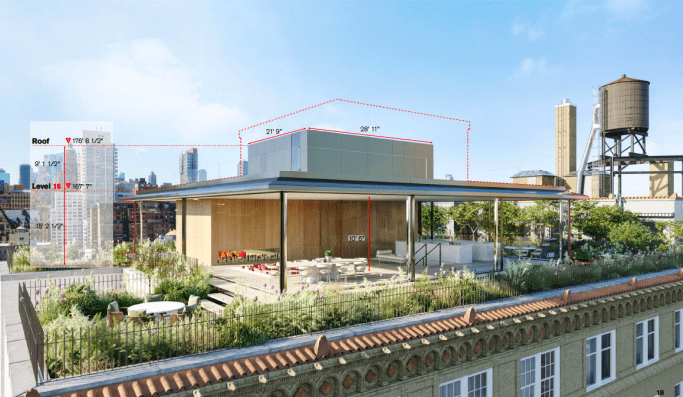 LPC’s approval appears to be the last stop before construction begins. Permits are issued after this approval is given. “The permit will outline the LPC requirements for the project, if there are any. These requirements must be met.” Once the project is complete, Ackman must submit a “Notice of Compliance” request with “a set of as-built drawings with accompanying photos, and a letter from the property owner confirming compliance. If the work has been completed in accordance with regulations, LPC will issue a Notice of Compliance and the project is officially complete.”