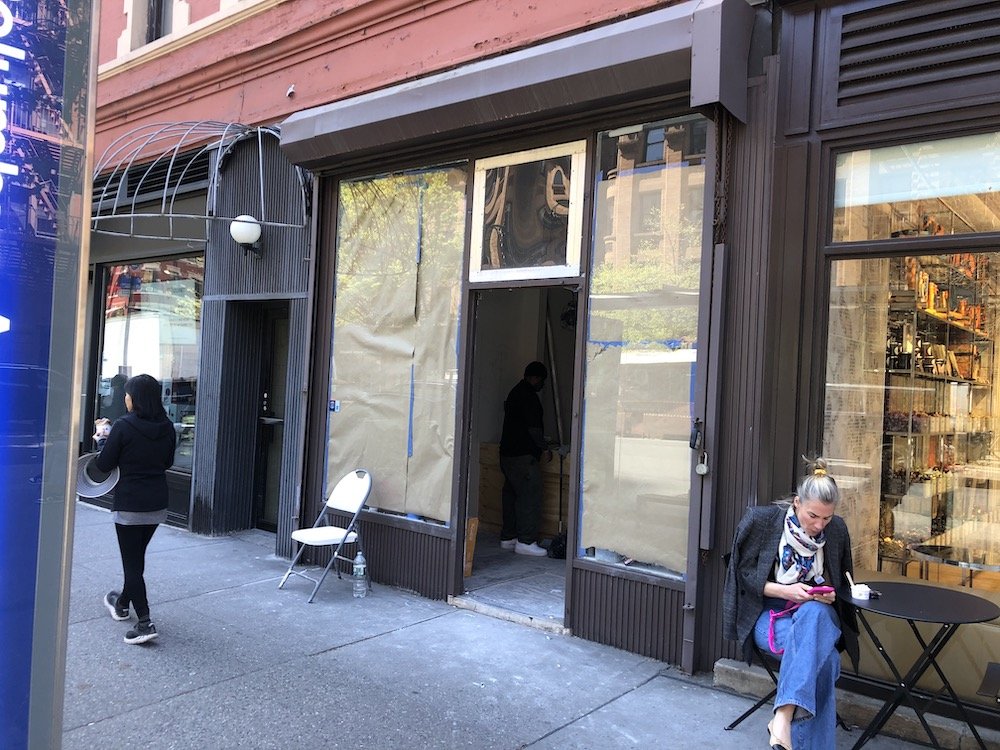 Renovations are currently underway at 190 Columbus Ave. between West 68th and 69th streets. ILTUWS has learned it will be Blank Street Coffee taking over the space.

This incoming addition marks the second Blank Street Coffee on the Upper West Side. The Brooklyn company, which was founded in 2020, opened its first neighborhood outpost at 2218 Broadway (corner of 79th Street) in October 2021. Broadway’s Blank Street currently has a 4.5-star rating on Yelp. “Small cafe with no seating. But it’s very easy for a grab and go kind of place,” wrote one user. “You can order via its mobile app and pick up in no time. Would be better if I can sit here for a while.”

Minimalist sustainability seems to be the name of the game for Blank Street. “Everything is compostable. The cups, the straws, the napkins,” explained a barista when we visited the Broadway location. “Except for a few stores, all are micro-retail spaces and the street carts are all battery operated.”

Blank Street currently operates 32 shops and four carts around Brooklyn and Manhattan, with two across the park on the UES as well. After securing $25 million in series A funding, co-founders Vinay Menda and Issam Freiha told Forbes their recipe for success: “high quality products, ultra-convenience, and fair prices.” “The same way how Starbucks is known for cappuccinos, Dunkin’ is known for donuts, we really want to be known as this neighborhood hyperlocal marketplace that elevates local brands we discover and enjoy,” said Menda.

A representative from Blank Street tells us they’re aiming to open by late May or early June.

24-Hour Delis on the Upper West Side