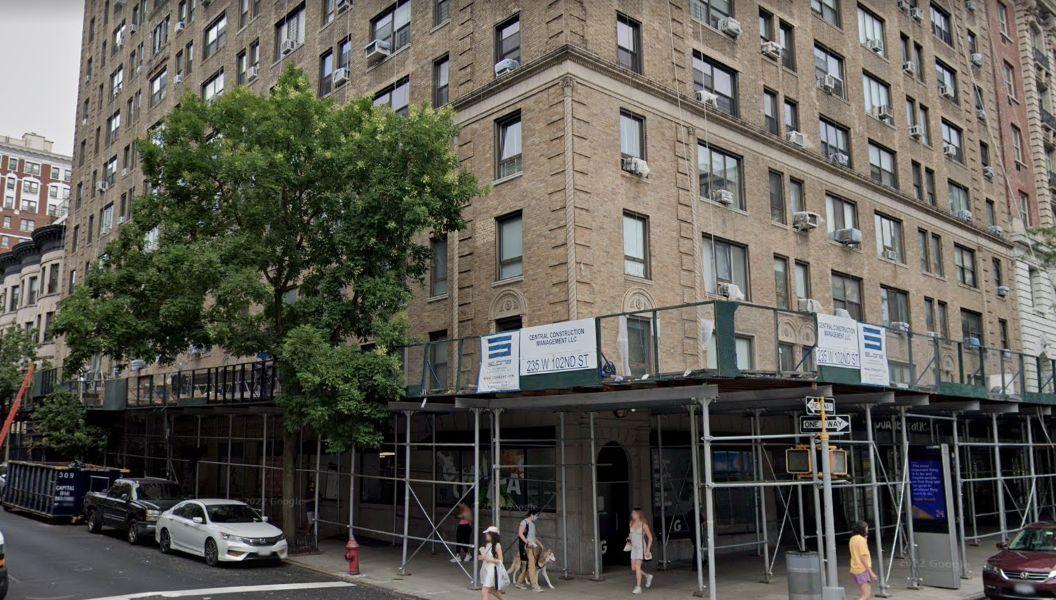 The Broadmoor is a full service co-op located at 235 West 102nd Street at the corner of Broadway. The 1927 building is home to 345 units and comes with a sundeck, solarium, doorman, and a live-in super and porters.

Amenities aside, two residents recently posted unrelated public complaints about the building on neighborhood app Nextdoor. One was concerning garbage pileups from an ongoing construction project. The other poster shared her safety concerns following an unfortunate incident.

The first post from early August is a bit stomach turning. Four years into a construction project, trips to the basement laundry room are allegedly met with piles of rotting garbage, the stench of which reaches the upper floors of the building thanks to the warmer temperatures, “lack of ventilation, and lack of daily cleaning.”

Add a dead mouse “plastered to the stairwell for months and ignored by management.” Blech!

Though one commenter suggested giving the mouse CPR, the post was greeted with mostly helpful feedback urging the poster to contact various city agencies including the Department of Buildings, the fire and sanitation departments, and 311.

READ MORE: From Gilded Age to Chamber of Horrors: Dickensian Extremes at the Astor

The second post was made on September 18 by a longtime resident named Barbara who claims to no longer feel safe after a heavy package was allegedly stolen from right outside of her apartment. To make matters worse, the tenant found the empty box in the building’s garbage disposal area, neatly folded up as if readied for recycling.

“[The Chewy box] was over $200 worth of pet food, litter and treats, and it weighed about 40 pounds, so I could not imagine someone (like a food delivery person, etc.) carrying it out of the building, especially through the front door (the only entrance/egress now, due to construction), which has a 24/7 manned desk and several cameras. On Saturday afternoon, I went to check if it had been moved to the basement, where the garbage/recycling is taken and stored until it gets taken to the curb (again through the front entrance). There, I found the empty box, folded, with the other cardboard recycling. I KNOW it was mine, as the address label was clearly visible through the plastic, and it was the Chewy box my stuff had arrived in. So, I believe someone in my building either stole the contents, or threw them out, and then very ‘responsibly’ put the box into the recycling on my floor.”

Barbara went on to explain that the building’s front desk checked the camera recordings to see if anyone left the building with the bulky box, but that investigative path was a dead end. “I hate to say it, but I no longer feel safe in this building, after living here for decades and never having anything like this happen,” she wrote.

We reached out to both original posters (and the building’s management company) but neither were available for immediate comment.

A Sculptor’s Studio on 67th Street