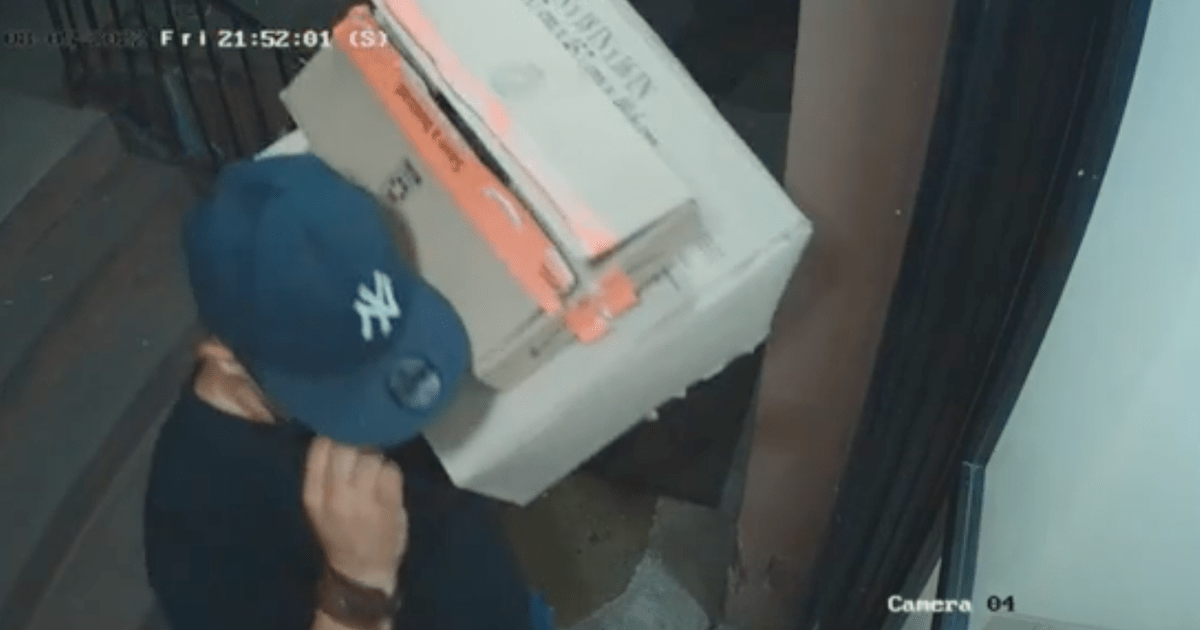 Surveillance footage from August 5. A man enters an Upper West Side building with a bunch of empty boxes.

There have been quite a few recent reports of packages getting stolen from building lobbies. In July, about $80 worth of dog food was stolen from a building on West End Avenue. In some cases, like this one from May, suspects have entered buildings and taken property with force. And in March, Postmates workers allegedly stole every package from the lobby of a building on West 104th Street after dropping off a food order.

Quite a few of these thefts have reportedly been carried out by food delivery workers.

But in one recent incident, the suspect appeared to be posing as a delivery person.

In surveillance footage from August 5, a man can be seen entering a West 89th Street brownstone with several empty boxes, placing them down, and leaving with unopened packages belonging to tenants.

The tenant who provided us with this footage — who requested that we not reveal the exact address — says there have been at least ten incidents of theft in the building within the last year.

The tenant expressed both concern and confusion over how the man was able to enter the building.

The building has two entrance doors, both of which, we’re told, are always locked.

Both sets of doors also have buzzers, and it doesn’t look like the burglar tried to get buzzed in.

Before the man enters the building, he appears to remove something from his mouth. Did he somehow score a copy of the key? Or was he simply able to pick the lock? Drop your theories in the comments.

Earth Day on the Upper West Side