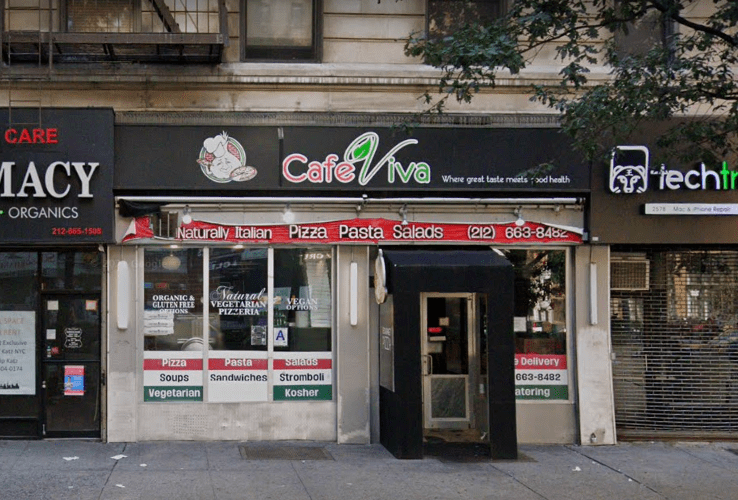 It’s been brought to our attention that Cafe Viva Gourmet Pizza has permanently closed. Located at 2578 Broadway between 97th and 98th streets, Cafe Viva first opened in 1992 and has since been a popular destination for those seeking gluten-free and vegan slices. 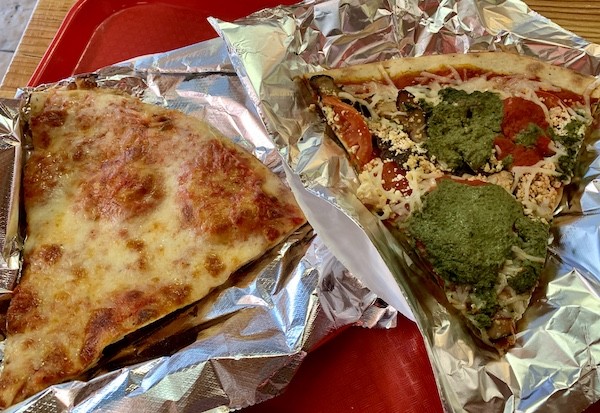 To all the friends of Cafe Viva–

It has been a privilege to serve this community for 30 years. With your patronage, we made it through the most challenging times. I am sad to say that now due to circumstances beyond our control we have to close. I am grateful to everyone who came through our doors. Wishing you good health and all the best!
Tony

When we asked for more details, Tony said they’d “just [fallen] too far behind in the last couple years and found it impossible to catch up. We tried as best we could, because I’m aware that a lot of people have depended on us for many years for healthier eating options, and did not want to let them down. Unfortunately we just could not keep up with the rising expenses.”

Iracani, “a holistic health advocate and lecturer for over 25 years” (per his LinkedIN page), opened an East Village restaurant called Viva Cucina in April. This restaurant self-describes as “gourmet Italian pescatarian cuisine” with “vegan and [gluten-free] options.”

Tony’s other company is called Viva Herbals, which sells a variety of green teas.

Trader Joe’s on the Upper West Side