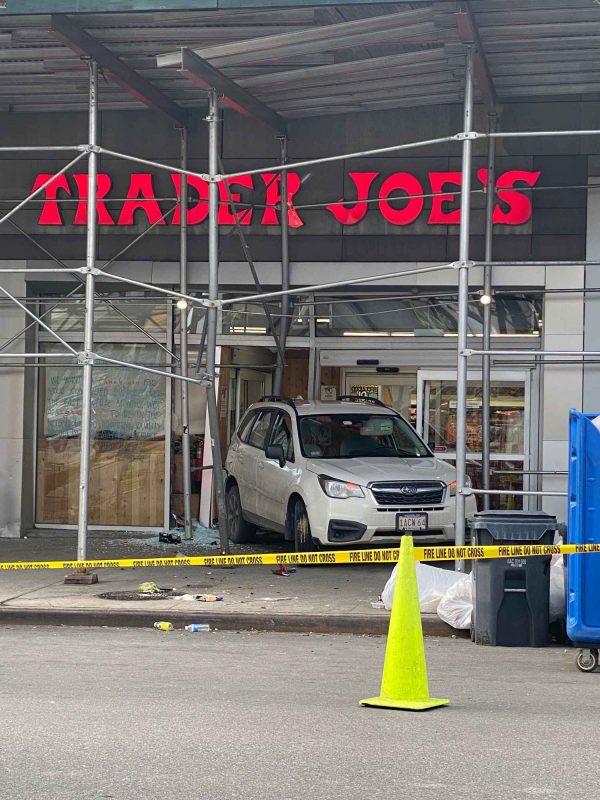 On Thursday afternoon, police say a 75-year-old female drove her white SUV into the front entrance of the Trader Joe’s at 670 Columbus Avenue at 93rd Street. The incident appears to have been an accident, the NYPD officer we spoke with said.

Two females at the scene suffered minor injuries. One of them refused medical attention while the other was transported to a nearby hospital.

Council Member Gale Brewer shared a tweet stating that “Initial reports from the NYPD indicate that the driver lost control of their vehicle while parking. We need to do more to reduce vehicle dependency to protect pedestrians.”

Patch — which was the first publication to report this incident — states that the crash also caused a “bent sidewalk shed” and that “The sidewalk in front of the store was blocked off as of 2:45 p.m. on Thursday as police directed people onto the street around the crash.”

Meditation is not just for monks