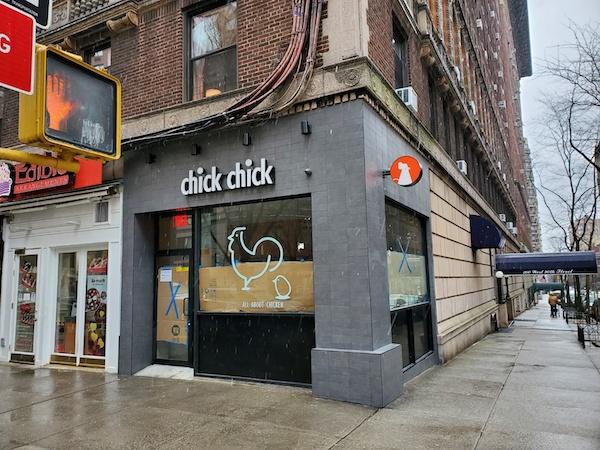 A new Korean fried chicken restaurant, Chick Chick, had its soft-opening this week at 618 Amsterdam Avenue at 90th Street. This space was formerly occupied by Coffeeberry, which closed in late 2018.

The people behind Chick Chick are also the owners of Jun-Men Ramen Bar in Chelsea. The new chicken spot’s menu includes both a chicken and mushroom ramen, as well as two fried rice plates. 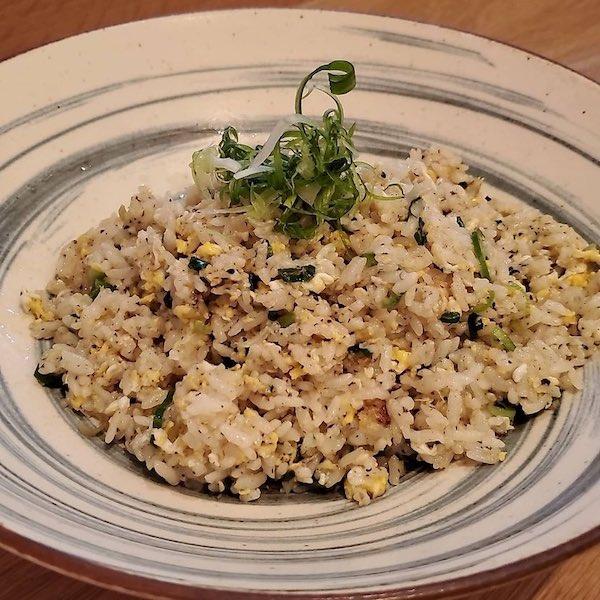 The “Dirty Fried Rice” with truffle soy and scrambled eggs

They describe their fried chicken as “juicy and full of flavor,” and as the perfect combination of sweet, salty and spicy. In addition to wings, tenders and whole and half fried chickens, the menu includes a Nashville style hot chicken sandwich, a Japanese style sweet pepper soy chicken, and a spicy Thai chili herb chicken. 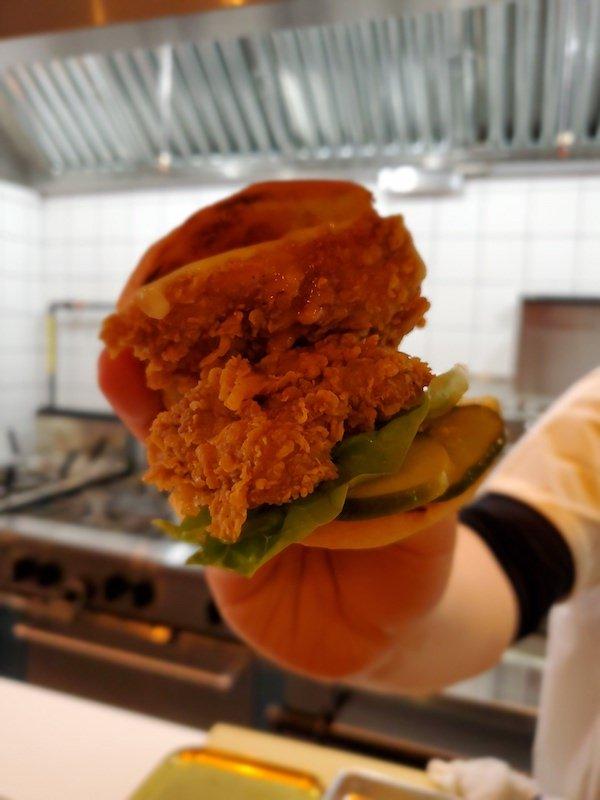 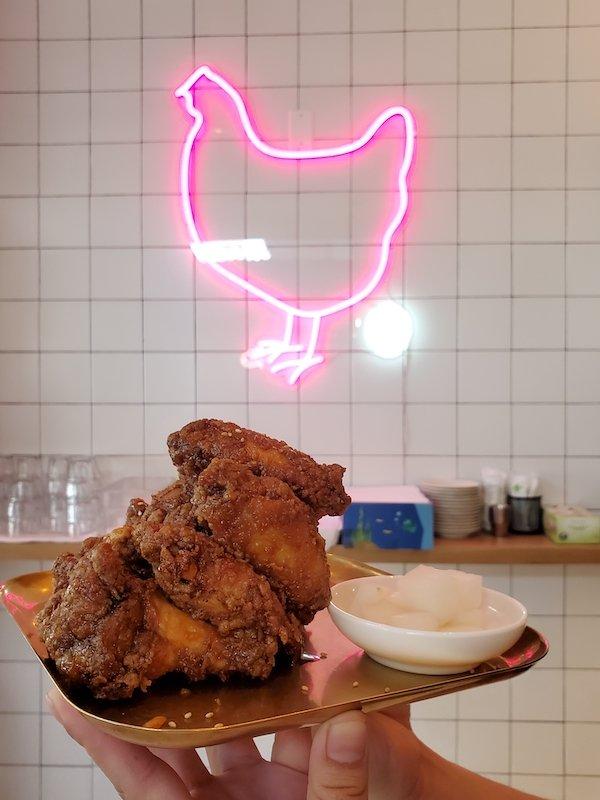 Customers will also have a choice of sauces including a truffle soy, Thai sweet chili and hot honey.

BoMee’s husband Jun Park – a co-owner and the chef – was raised in Korea, and has always loved both fried chicken and ramen. He’s excited to soon share his favorite foods with the UWS. Learn more at chickchicknyc.com.