In response to rumors of a Sunday morning rally and a counter-protest at Columbus Circle, the area was closed to traffic and secured by NYPD officers. 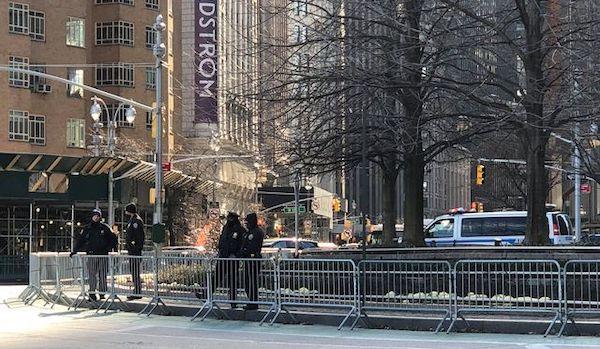 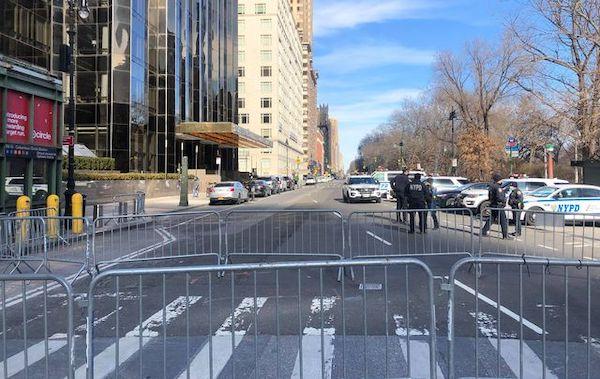 Southbound M5 and M7 buses will operate along Ninth Ave from 63rd St to 50th St.

Northbound M5 and M7 buses will operate along Tenth Ave between 49th St and 72nd St.

Trump supporters initially planned to rally, but as of writing, only counter-protesters have been seen in or around the area.

NYPD cars, scooters, patrol units, and bike units are staging near Columbus/Lenape Circle, where a MAGA event was planned for this morning but then cancelled in recent days.

Around 300 NYers who gathered to defend and/or demonstrate against any MAGA violence are also nearby. pic.twitter.com/1Lx1XE5Wh5

At 11:28am, the MTA tweeted that “M5, M7, M10, M12, M20, and M104 buses have resumed making regular stops in Midtown and on the Upper West Side after earlier protests at Columbus Circle,” though they added that commuters should “Expect delays in both directions as we get buses back on schedule.”

The area appears to have been cleared out by the early afternoon.