Upper West Siders with a sweet tooth may be in for a treat. Here we have the Mast Brothers, Rick and Michael, who left Brooklyn in 2019 in the aftermath of a production scandal which was ignited by a food blogger who called into question their “bean to bar” chocolate making process. Now the Mast Brothers have returned to NYC – with a new Mast Market at 353 Columbus Avenue, between West 76th and West 77th streets. 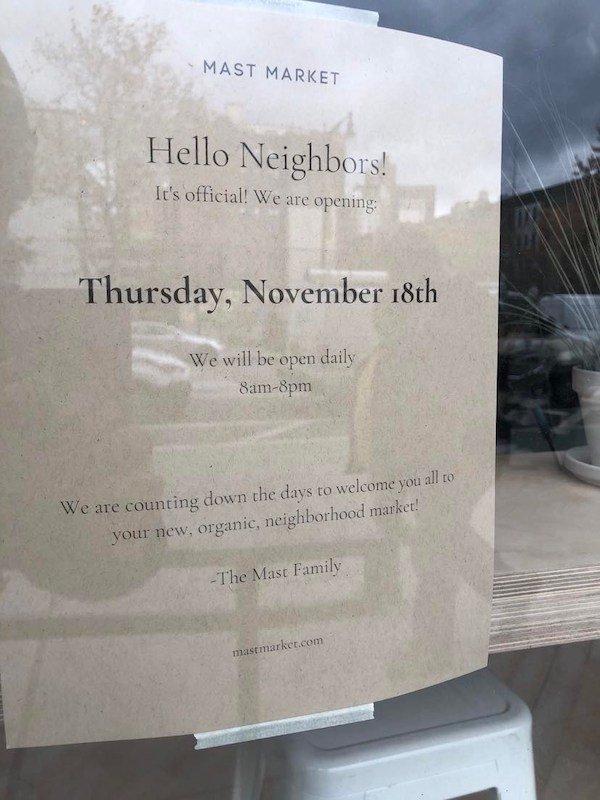 The scandal revolved around the early days of the Mast Brothers, when they touted a “bean to bar” process that was just as trendy as their future Williamsburg storefront location. In full blown hipster fashion, Rick and Michael, both donning long beards, were making a name for themselves in the chocolate game leveraging this “bean to bar” marketing strategy, which meant they made their chocolate from scratch. They were among the first to manufacture chocolate using this method in America, and they said they did it from the beginning, in 2006, before incorporating in 2007 and setting up shop in Brooklyn.

Then in December 2015, DallasFood.org published an explosive report, stating that “The fine chocolate community scorns the Mast Brothers because they are thought to have launched their business with a fundamental fraud: that of pretending to be a bean-to-bar chocolate company.” The write-up by Scott Craig alleged the Mast Brothers were actually melting down pre-made chocolate, then molding it into bars and re-packaging it, as evidenced by the large quantitates they were producing with such limited equipment. Following these charges, the Mast Brothers penned a letter denying all allegations.

The chocolaty controversy quickly caught the attention of the New York Times, and writer Sarah Maslin Nir interviewed Rick Mast in December 2015. ” … on the claim that the Masts were “remelters” at the start, Mr. Mast confirmed the brothers did use industrial chocolate, what is known as couverture, in some of their early creations, before settling on the bean-to-bar process for which they are now known,” wrote Nir.

Rick Mast went on to tell the Times “It was such a fun experimental year,” adding that the brothers were transparent “to anyone that asked.” In the letter they penned days before, they wrote “We have been open and transparent about our experimentation, techniques, and recipes since day one.”

The “bean to bar” process isn’t the only thing the Mast Brothers have been called out on. In a 2015 Slate story, Megan Giller wrote that “Many skeptical specialists contend that Mast’s Brooklyn location, hipster image, and beautiful packaging are the real reasons for its popularity—not its taste.” The Slate piece went on to quote chocolate experts on their opinions of Mast chocolate.

Sales dropped off for the Mast brothers in the wake of bad press. In 2019, they closed their Williamsburg chocolate factory and storefront and moved their operations to Mount Kisco.

With their new Upper West Side shop about to open, Mast Market offers an array of coffee, tea, books and housewares, as well as their famous chocolate. Their Mount Kisco location currently has a 4.5 out of 5-star rating on Google. One person wrote, “Great spot to grab a coffee, some good chocolate and meet with others. A good alternative to Starbucks down the street. Both inside and out is thoughtfully designed.”

A New Restaurant is Opening in the Old Dovetail Space