This article was first published on eastsidefeed.com. 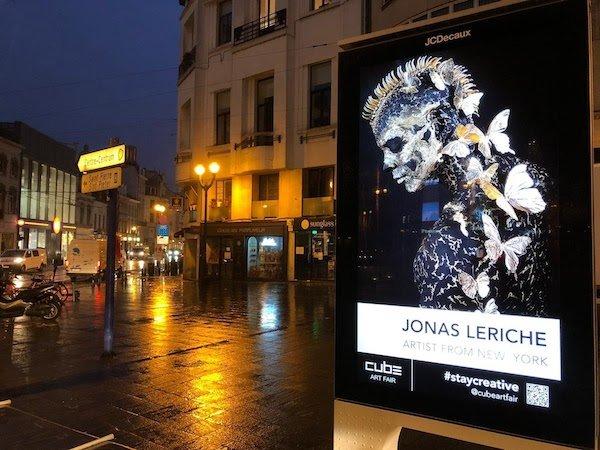 “Dance of Eternity” at Cube Art Fair campaign on the streets of Brussels featured on October 6-12, 2020.

The Belgian-born, New York-based artist Jonas Leriche, an emerging name in the contemporary art world, will exhibit his new phygital (physical-digital) artworks on the streets of New York as part of the Cube Art Fair campaign. The campaign will take place in New York during the Frieze art week, beginning on May 5, 2021. His latest works, Transhuman Romance and Dance of Eternity, will also be featured on a massive billboard in Times Square.

From May 5-9, Cube Art Fair is bringing artworks created since the beginning of the pandemic by established and emerging artists from around the world to the streets of New York on an unprecedented scale. The pieces will be shared on over 100 billboards, kiosks and murals around the city and in the heart of Times Square. The Cube Art Fair is now the world’s largest public art fair and hopes to inspire the public to remain positive and stay creative during difficult times.

Here is a list of locations on (and near) the Upper West Side where the art is expected to be displayed:

In addition to being displayed digitally throughout the city, both of Leriche’s works will be available in their physical form and also as NFTs (non-fungible token).

“A non-fungible token (NFT) is a unit of data stored on a digital ledger, called a blockchain, that certifies a digital asset to be unique and therefore not interchangeable.” [ Los Angeles Times ]

This marks Leriche’s first foray into the blockchain platform. “My work has always explored the space between the rawness of nature and symbolic imagery, and the transition between them. Digital technology has accelerated this process. With these new pieces, my work has fully entered the world of the phygital, a liminal space of transformation between the familiar and the unknown.”

Jonas Leriche has been working as a full-time artist for nearly a decade now, getting his start as a fine art photographer in Belgium. His ambitions, however, were always much bigger and bolder. “The medium of photography alone felt too limited to express my artistic vision, which originates in the raw beauty of nature, its materials and textures, but above all in its relentless transformation.” The antiseptic artificiality and controlled perfection of Leriche’s early photography gradually intensified his need to tap into authentic experience, sensuality and the omnipresence of death.

This led him to begin physically transforming his models with meticulously-applied layers of body paint, scarabs and butterflies, turning them into near-mythical warriors and beauties. 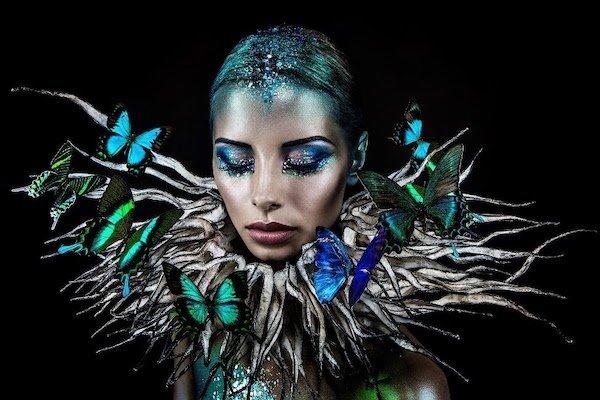 Throughout his works, butterflies symbolize rebirth, transformation and renewal. The skull symbolizes death, or the end of a period of metamorphosis. These elements – butterflies, skulls, and augmented reality – return in Leriche’s new phygital art, which will be on display at the Cube Art Fair and could not be more appropriate expressions of the ambiguity of creating art during a pandemic.

The drive to more fully embrace physical art has led Leriche to create sculptures and, in the development of each, the concept takes precedence over the medium. “Transforming emotions, intentional or unconscious ideas into gripping images: this is what matters to me. The scenarios I create go far beyond the individual or anecdotal. My aim is not merely to create an aesthetically appealing artwork, but to create something larger than life.” With the phygital realm opening up new possibilities for connecting raw physicality with the more accessible digital world, Leriche has found a way to cross the threshold.

He likes to refer to the phygital as a liminal space, the time of transition between ‘what was’ and ‘what comes next’, the familiar and the unknown. “The pandemic has forced many of us into this space of waiting, of uncertainty about the future. You can either dive into it or try to hold on to normalcy. I have chosen to dive in. Who can say what new possibilities will emerge?”

One example is Leriche’s mysterious, brutal geisha in Transhuman Romance. Geishas occupy a highly traditional place in Japanese culture; Leriche has turned her into a beautiful yet menacing cyborg. “The geisha film will safely be displayed on a billboard, but I can envision her hacking into the New York matrix and creating some real havoc. It’s hard to say where the phygital world will lead us to once it crosses that digital divide.”

Leriche’s artworks will be available as NFTs as well as in material form. Transhuman Romance was a physical artwork to which animation has been added to enhance the digital experience, while Dance of Eternity is a digital, 3D rendering which will later be cast in bronze. 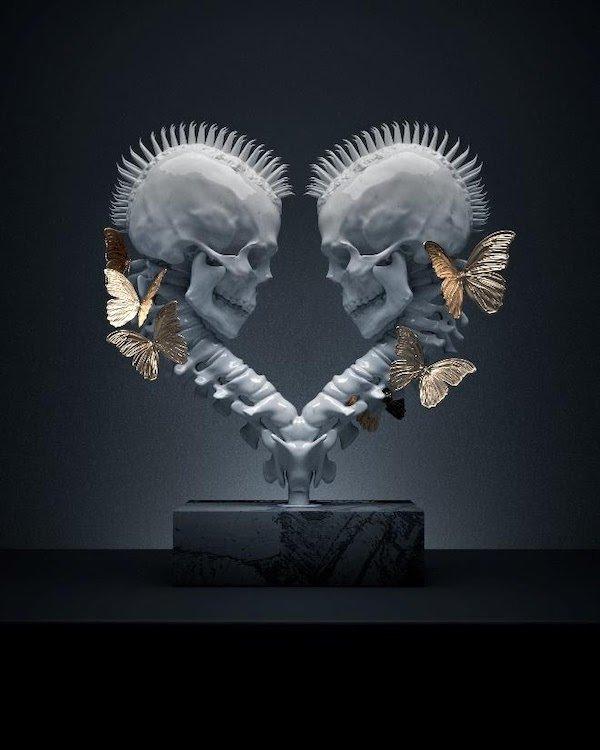 What excites Leriche about the NFT format specifically, however, is its accessibility. Like the phygital world and the Cube Art Fair itself, “It’s about crossing the line of the physical and making art accessible to a wider audience. NFTs have only gained popularity recently, but I can really identify with the democratization effect on the side of creators as well as consumers. It’s like the blockchain itself: a decentralized, interactive network. That’s exciting.”

Leriche hopes the Cube Art Fair will create greater exposure for his artworks and open him up to a new base of potential collectors. “Nothing has been easy for a long time now. But what’s easier than scanning a QR code? Hopefully it will lead to the opening of new worlds as we get ready to open our societies again. If we can do that, if we can inspire people and enhance their experience of NYC with our little slices of augmented art, it will have been a success.” 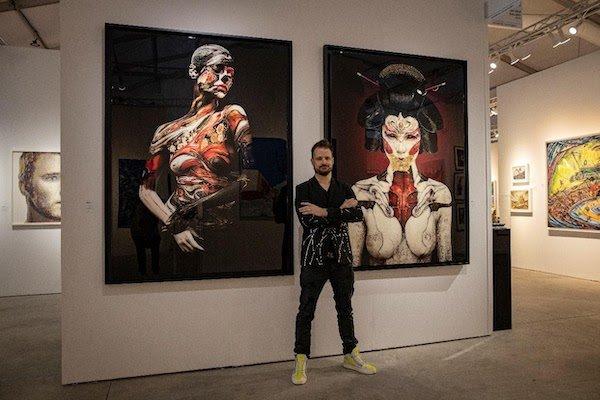