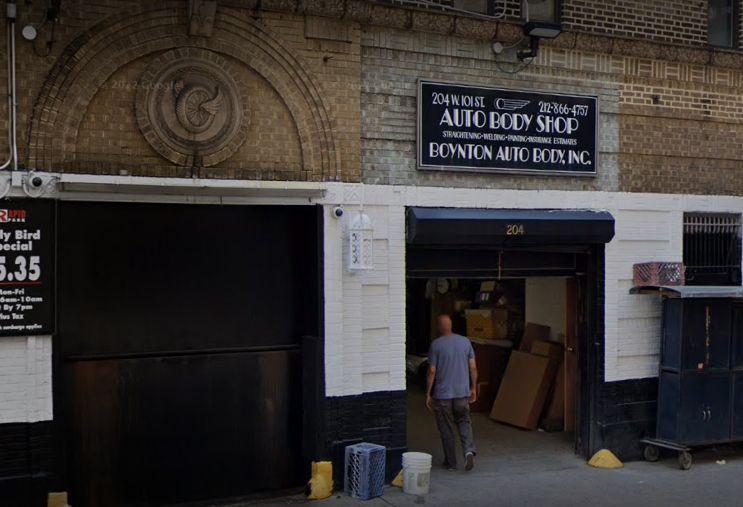 The posts on Yelp and NextDoor about the imminent closure of Boynton Auto Body at 204 West 101st Street (between Broadway and Amsterdam) seem to say it all.

“Billy IS the best!”

But according to owner Bill Boynton, who has been at the site for more than 35 years, he doesn’t have much choice.

“I’m located in a parking garage. The owners are in the parking garage business, and I think their business is good. Very good. They have a waiting list. They’re looking to park more cars.”

Boynton has had a good relationship with his landlord and clearly holds no grudge for his decision, despite the length of time he has been at 101st Street. “Business is business,” he says matter-of-factly, “and they own the building. They are in the parking business.”

He has been scouring the Upper West Side for the past six months in search of another location from which he can serve his very satisfied customer base but so far, “there’s no place to relocate too at the moment.”

“We have to be out as soon as possible,” he adds. But he hasn’t completely given up yet. “Right now, I am putting everything in storage…at my house in Long Island. It’s pretty far out there, so if I don’t find anything here, then I may start over out there. I don’t know.”

As for his crew of three, Boynton says they are looking at other options, including retirement. He makes it equally clear that he will continue to work, whether in the trade or something more artistic. “I guess I’m really more of a crafts person,” he explains. “I’m not exactly an artist,” suggesting that something like creative welding might be on his list. He is also well aware that auto body work can be taxing, especially on an aging body. “You’ve gotta be built for this,” Boynton chuckles, knowingly. “You got be pretty versatile. You’ve gotta be strong, you’ve gotta be, be able to get into tight spaces. You can’t be, you can’t be too big…or too small. You gotta be able to do a wide range of things, that’s for sure.”

When told about the online posts bemoaning his dislocation, Boynton seemed quietly pleased before quickly adding that the transition will be hard for him, too. “It’s nice here and I know everybody. It’s nice to say hello to everybody and… in the parking garage you see everybody in the morning and then coming back at night. It’s kind of a busy place and you see a lot of people. You meet a lot of people. More people than I ever would’ve met if I hadn’t been in business here,” he laughs wistfully. “It’s kind of sad.”