Jet’s Pizza is opening at 728 Amsterdam Ave, between 95th and 96th streets, according to its website. (Thanks to Asad Alavi for the tip).

Jet’s was established in 1978 and has long-specialized in Detroit-style deep dish pizzas, though it’s expanded to also offer New York-style slices, thin crust and more. 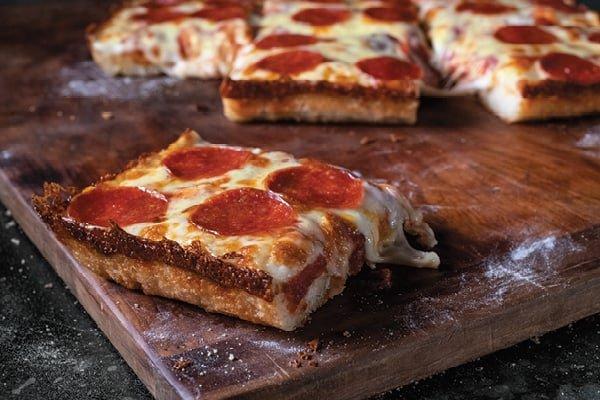 “When people think “Deep Dish” they might think of a pizza with a thick, dense, & heavy crust. But what characterizes Jet’s Detroit-Style pizza is a light airy center, loaded with toppings, surrounded by caramelized cheese and a crispy, square, golden crust that is baked to perfection,” states Jet’s website.

The secret, apparently, are the Detroit-made steel pizza pans they use. “Each pan retains & distributes heat evenly turning our pillowy dough into a porous center with a crispy, crunchy golden outside crust.”

Jet’s also offers salads and wings, and some of its signature pies include its Aloha BBQ Chicken, Buffalo Ranch Chicken, and Hawaiin.

Nationally, Jet’s is a popular pizza place with a huge following — though reviews for its Manhattan locations are very mixed. The UES location’s got a 3.6 (out of 5 stars) on Google and a 3 on Yelp; the West 18th Street spot has a 4.1 on Google and a 4 on Yelp.

We’ve reached out to Jet’s for a projected opening date.

This Will Be Gabriela’s Last Weekend