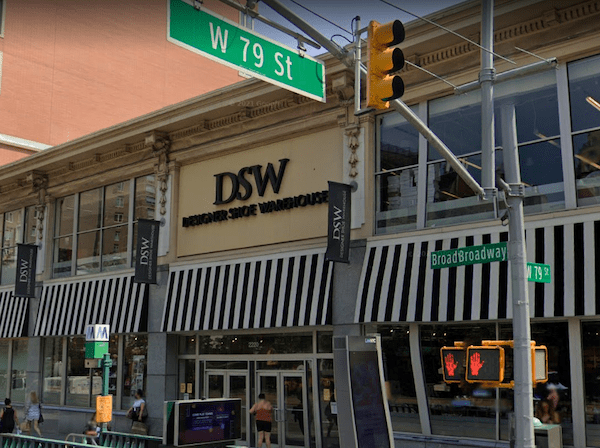 DSW (Designer Shoe Warehouse) will soon be closing its location at 79th and Broadway, according to a November 10 report by Crain’s.

DSW opened this location, its third in Manhattan, in 2012. The 30,000 square foot, two-floor space, which DSW leases from the Zabar family, is expected to be vacant by February 2022.

Filene’s Basement, which filed for bankruptcy and closed all of its locations in late 2011, was the 79th Street store’s previous occupant, first taking over the space in 1993. At the time of Filene’s closing, Crain’s wrote that commercial real estate broker Faith Hope Consolo said to “[expect] more fashion-forward tenants, such as Guess or Zara, to look at the space—especially since discounters including Century 21 are nearby.” Nope. It became a DSW.

We’ve reached out to the Designer Brands INC, which owns DSW, to find out if any heavy sales should be expected soon. For now, DSW is open Monday – Saturday from 10am-8pm and Sunday from 10am-7pm.