Back in May, we were saddened and surprised to learn that Effy’s Cafe announced it would be permanently closing.

Writing on the sandwich board outside the restaurant, located at 104 West 96th Street (between Amsterdam and Columbus), read “Dear Friends and Neighbors: Thank you for your support in the past 7 years. Effy’s Cafe will be closed permanently. Hopefully we can serve you again at another location.” Effy’s has another location on the Upper East Side at 1638 Third Ave (at 93rd Street), which was the ‘other location’ they were referring to. 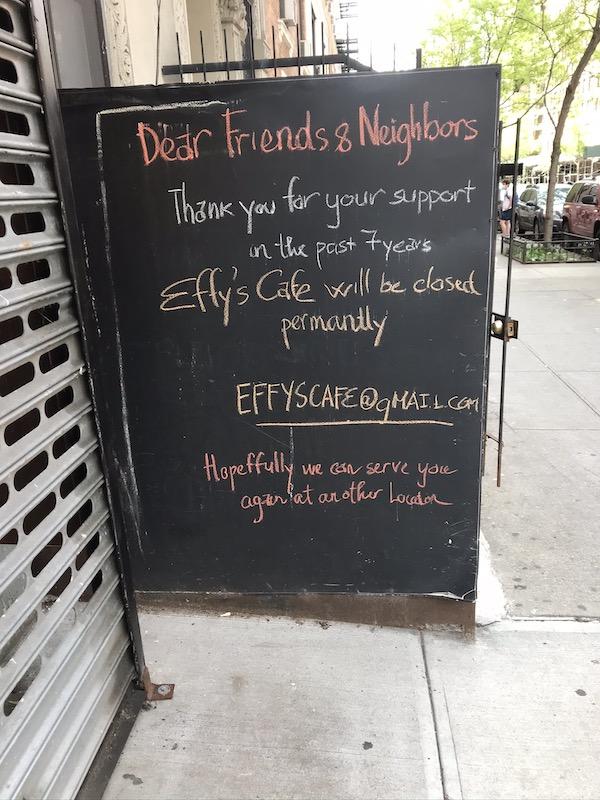 But on Friday evening (November 6), we were even more surprised to receive a message from Efi Jacoby, the cafe’s owner.

“After a depressing 8 months and a lot of losses, we decided to open up and get my people back to work for our sanity. We will open tomorrow for brunch from 8am-5pm,” Jacoby told us.

They’ve reopened at the same location and are ready to serve the UWS again!

Effy’s Cafe officially reopened (for “soft opening weekend”) at 104 West 96th Street on Saturday, November 7, open from 8am-5pm on their first day back.

“Come celebrate life in the outdoors. Any breakfast platter comes with coffee or tea. From 2-5pm, any salad or entree will come with a glass of wine.” 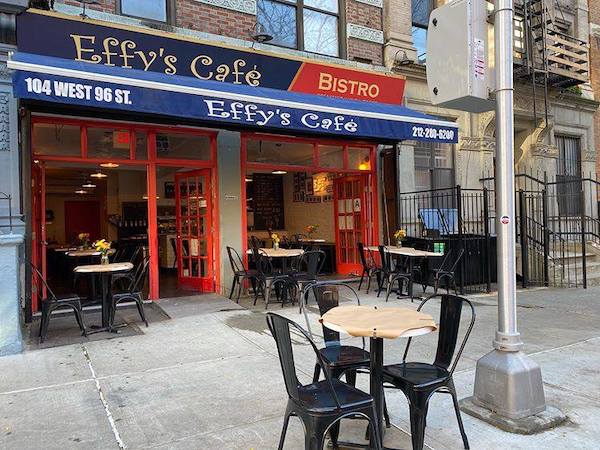 Since they opened on the Upper West, the Kosher Israeli cafe became a popular spot for breakfast, pastries, coffee, falafel, wraps, salads, sandwiches, its charming and friendly vibes and more.

The love Upper West Siders have for Effy’s was made clear when it was announced they’d be closing earlier this year.

Sign from Effy’s Cafe ? Thanks to reader Dee for notifying us and sending over the pic.

A post shared by iLovetheUpperWestSide.com (@ilovetheupperwestside) on May 17, 2020 at 1:55pm PDT

So we’re absolutely thrilled to be able to share the exciting and unexpected news of Effy’s comeback with you!

Made in New York Vs. Marinara Pizza – Tradition against Trend