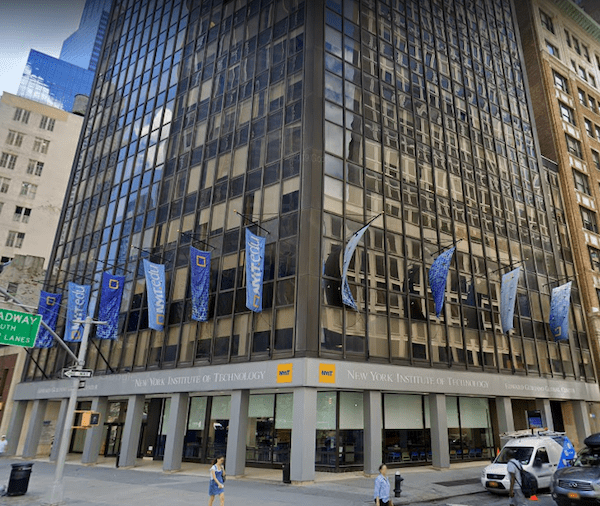 It was first announced that the New York Institute of Technology would be selling its buildings at 1849 and 1855 Broadway (at 61st Street) back in July 2019.

At the time, sources had told The Real Deal that NYIT’s plan was to use the proceeds of the sale to invest more into its main campus in Old Westbury, Long Island.

In September 2019, Extell Development went into contract to buy the buildings for $90 million.

But now, Extell has filed a lawsuit against the school for not meeting terms of the contract, Daily Beat NY has first reported.

According to the lawsuit filed on January 5, a clause in the purchase agreement required NYIT to finalize a relocation plan within six months (with the deadline later pushed to October 2020), but specified that NYIT had the right to “terminate without penalty if it concluded, by October 2020, that it was unwilling or unable to move forward.”

The lawsuit claims that NYIT has abandoned its relocation plans – likely due to the pandemic – but hasn’t terminated the contract, and is “improperly laying claim to the $4.5 million deposit Plaintiff placed in escrow to be applied to the closing that can and will no longer occur.”

The lawsuit alleges that NYIT has publicly informed investors and prospective students – as well as Extell Development – that it isn’t planning on relocating its campus.

The lawsuit further claims that NYIT is pretending to move forward, “thereby pressuring Plaintiff to continue to move forward, at considerable further expense, with a transaction that cannot and will not occur because of Defendant’s decision not to relocate its campus and corresponding actions.”

We’ve reached out to NYIT and Extell Development for further comment.