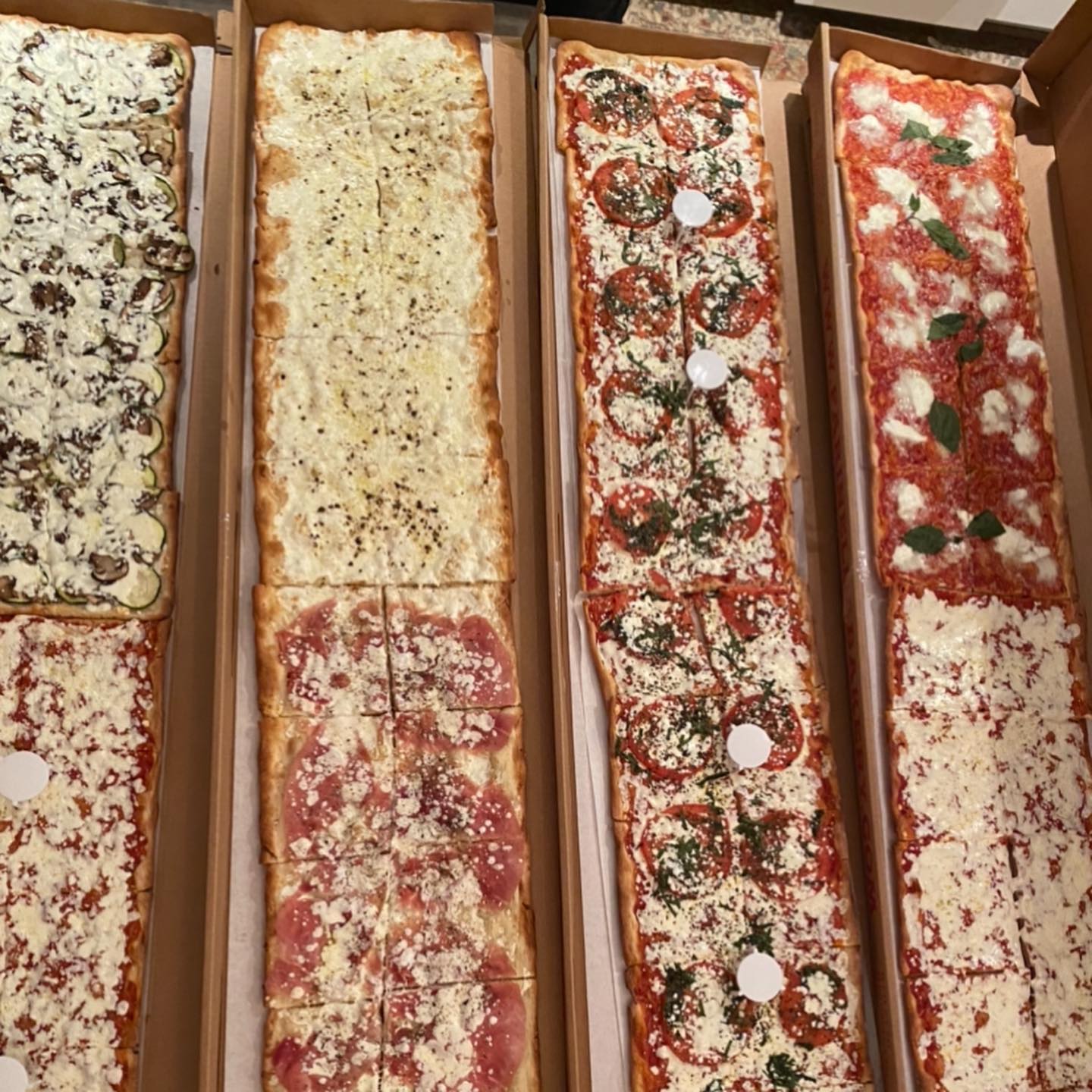 Four and half years ago, Farinella closed up shop on the Upper West Side. It was one of the most polarizing pizza places we can think of, as people either loved it or were appalled by either its taste or its price. Some individual slices went for as much as $8 for a Roman-style (pinsa) rectangle. Reviews were not kind either, with Farinella scoring a 2.5-star review on Yelp. They’re not giving up though: We reported in May 2021 that Farinella planned on re-emerging in Columbus Circle. It officially opened at 1792 Broadway, on the corner of West 58th on May 3, according to staff members we spoke to on a recent visit.

What’s interesting about Farinella is that it’s now owned by the Serafina Restaurant Group, which was founded in 1995 and has locations all over the city and abroad. “Originally imported to New York by Neapolitan pizza champions, Farinella Artisanal Pizza & Bakery is now proudly owned by pizza connoisseurs, Vittorio Assaf and Fabio Granato,” states its website, which also touts Filippo Pagano as its “renowned Italian pizza chef & expert.” We reached out to Serafina to see when this acquisition took place (since there doesn’t seem to be any promotion about it online).

Farinella has one $8 slice on its new menu — the Tartufo Nero — which they call their “secret recipe” with a “bouquet of Italian cheeses & black truffle.” The baseline slice price here is $4.50 for the margherita. Then, it slides to $5 for the pepperoni, funghi, primavera, caprese and cacio e pepe, which comes with fresh mozz, pecorino Romano and black pepper.

Different from its Upper West Side location, which focused primarily on pizza, the new location has indoor seating and a robust menu of offerings, including half bottles of wine, beer, olive oils and vinegar to take home, as well as a lineup of pastries and desserts that include bombolini, cannoli, pain au chocolat and tiramisu. Coffee, espresso and tea join Red Jacket apple juice, Natalie’s orange juice, San Pellegrino and Spindrift in lemon, grapefruit and raspberry.

There’s also an ever-changing pasta of the day and starters and sides, featuring fried calamari, meatballs, chicken wings, truffle fries and salads. A full menu can be found here.

Some things never change. Farinella Columbus Circle currently has a 2.5-star rating on Yelp. One reviewer described it as an “overpriced tourist trap,” while another said the “pizza has been of variable quality, sometimes with soggy crust and sometimes excellent.” The latter appears reminiscent of its former Amsterdam Avenue location. “The pizzas here are artisanal and delicious, so expect to pay the price for one,” said one other reviewer.

There was Once a Cafe at Bethesda Terrace

My Most Favorite Food Closing on 72nd Street