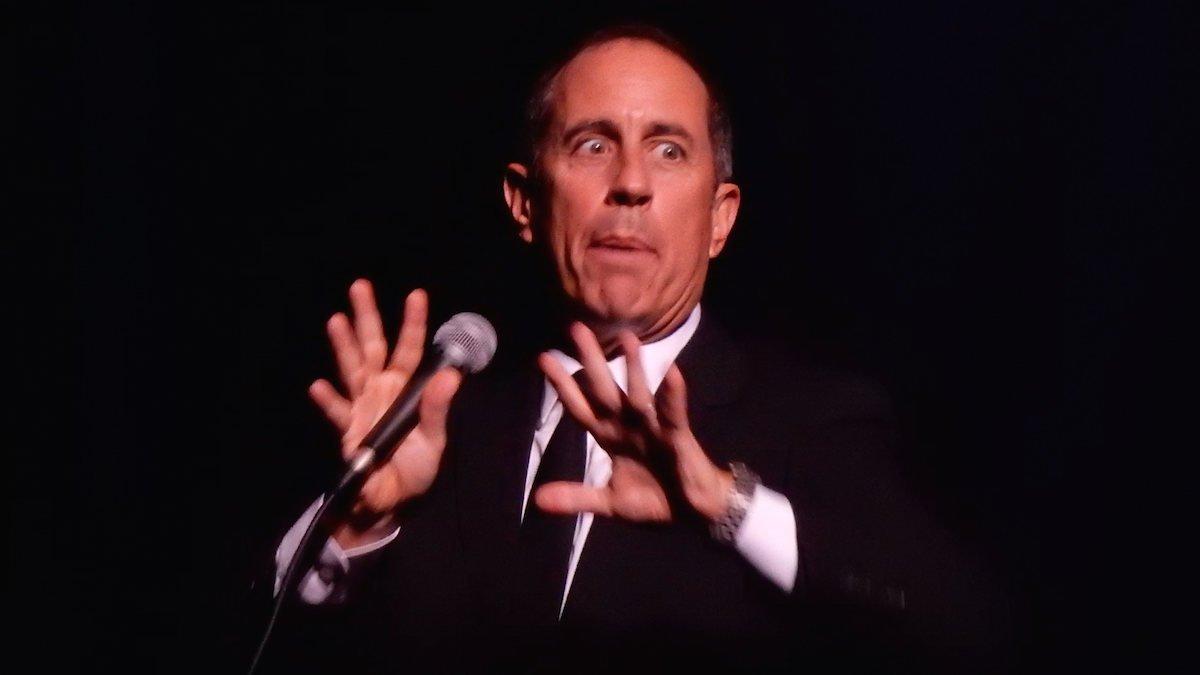 What’s the deal with law firms getting banned from Madison Square Garden Entertainment venues? That’s what Greenberg Law PC would like to know, since one of its lawyers wants to see Jerry Seinfeld at the Beacon Theatre (owned by MSG) on December 17.

The problem is, the New York City-based firm is currently representing Joseph Urciuoli — the Tampa Bay Lightning fan who got sucker-punched by James Anastasio as they were walking out of MSG following the Rangers elimination in the Eastern Conference finals on June 9.

Urciuoli’s suing MSG. His lawyer, Robert Menna, alleged in a statement to the New York Post that MSG security “stood idle” as Urciuoli tried to warn them of a “belligerent and violent” Anastasio. The Garden recently started banning opposing lawyers from their venues during litigation processes, citing professional conduct rules which prohibit contact between “lawyers and MSG employees,” according to Reuters, which went on to say MSG is using this access ban as a “litigation tactic.”

Greenberg Law PC isn’t the only one stuck outside. In another case, at least two shareholder firms engaged in litigation over the merger of MSG Entertainment and MSG Networks were sent a letter by MSG’s in-house lawyer, Hal Weifenfeld, which states: “Because of the adversarial nature inherent in litigation proceedings, and because of the potential for contact with the company’s employees and disclosure outside proper litigation discovery channels that could result from the presence of any of your firm’s lawyers at the company’s venues, neither you, nor any other attorney employed at your firm, may enter the company’s venues,” reports Reuters.

According to the letter, the venues the firm is banned from include Madison Square Garden, Radio City Music Hall, the Beacon Theatre, the Hulu Theater at MSG and the Chicago Theater. It’s more than likely that Greenberg Law PC was issued a very similar notice when they filed their lawsuit for Urciuoli on November 28.

Christmas appears to have come early for the firm though. Manhattan Supreme Court Justice Lyle Frank issued a temporary order that will allow “lawyer Alan Greenberg to attend a Jerry Seinfeld show at the MSG-owned Beacon Theatre on December 17 — and attorney Joseph DePaola will be able to see the Radio City Christmas Spectacular on Sunday — with his wife and young kids–at MSG-owned Radio City Music Hall,” reports the Post.

An MSG spokesperson responded to the order, saying, “This is not a new development, and the lower court only gave them the same relief as the [Davidoff Hutcher & Citron] firm — which is a narrow and temporary ruling that we expect to win on appeal.”

In September, James Anastasio pleaded guilty to assault in connection to the June 9 incident at MSG. Anastasio was sentenced to anger management and community service. He was also banned from MSG for life.

The Garden is one of the last places you ever want to get banned from. Not just because of its legendary status, but more so because it has face-scanning technology at the entrance, making it one of the hardest venues to sneak into.