RA Sushi, which until December 2021 was Haru Sushi, has closed its location at 433 Amsterdam Avenue at 81st Street. (Thanks to Lisa for the tip.)

The restaurant – owned by the Benihana Restaurant Company – recently emailed its customers with a message that it’s “…moved our RA Sushi in the Upper West Side into our RA Sushi in Times Square,” which can be found at 229 West 43rd Street.

Haru’s Amsterdam Ave location was the brand’s first, opening in 1996 before expanding to other neighborhoods. In 2007, Grub Street called Haru the “Dos Caminos of the Sushi Trade.” But its last remnant is now gone.

When Benihana rebranded the Upper West Side restaurant from Haru to RA, nothing really changed outside of some aesthetics: new signage on the doors, sidewalk patricians and on the inside walls where the RA logo was displayed. Nothing else changed; not the staff, not the hours or the menu. 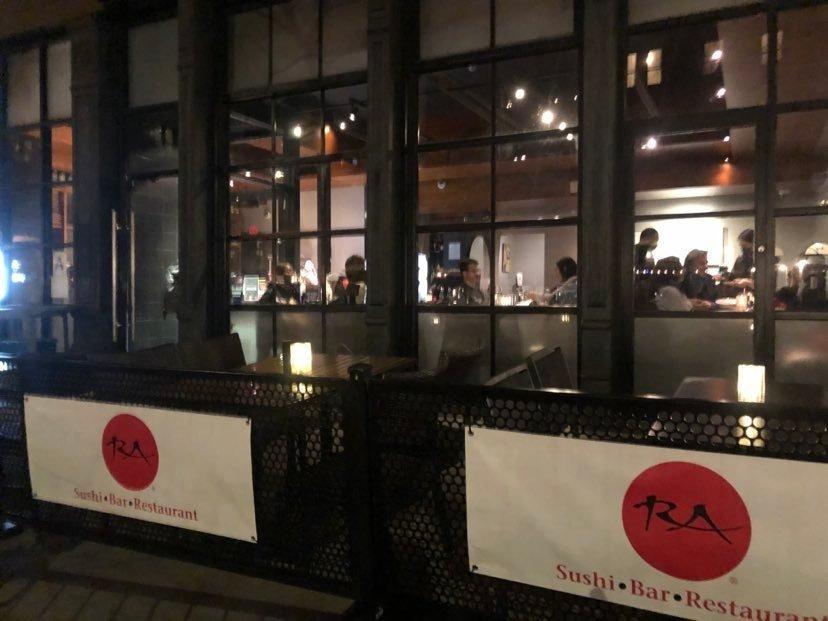 Benihana Inc. was founded in 1964 on West 56th Street by Hiroaki “Rocky” Aoki, the father of immensely popular DJ Steve Aoki and Devon Aoki, an actress and model. Hiroaki was an amateur wrestler who qualified for the 1960 Summer Olympics in Rome, but he chose not to attend so he could start the first Benihana restaurant with a mere $10,000 to his name. He earned the money driving an ice cream truck in Harlem. That $10,000 would be the equivalent of $83,444 in 2020. Benihana’s headquarters are now in Aventura, Florida.

Back in 2018, DJ Steve Aoki launched his own pizza delivery company named Pizzaoki. Touted as “New York style pizza made to order, but for delivery,” Aoiki plans to open a Pizzaoki on the Las Vegas strip at the Proper Eats food hall in the Aria Resort Casino.

There are currently no plans for Aoiki’s New York Style pie in the city.