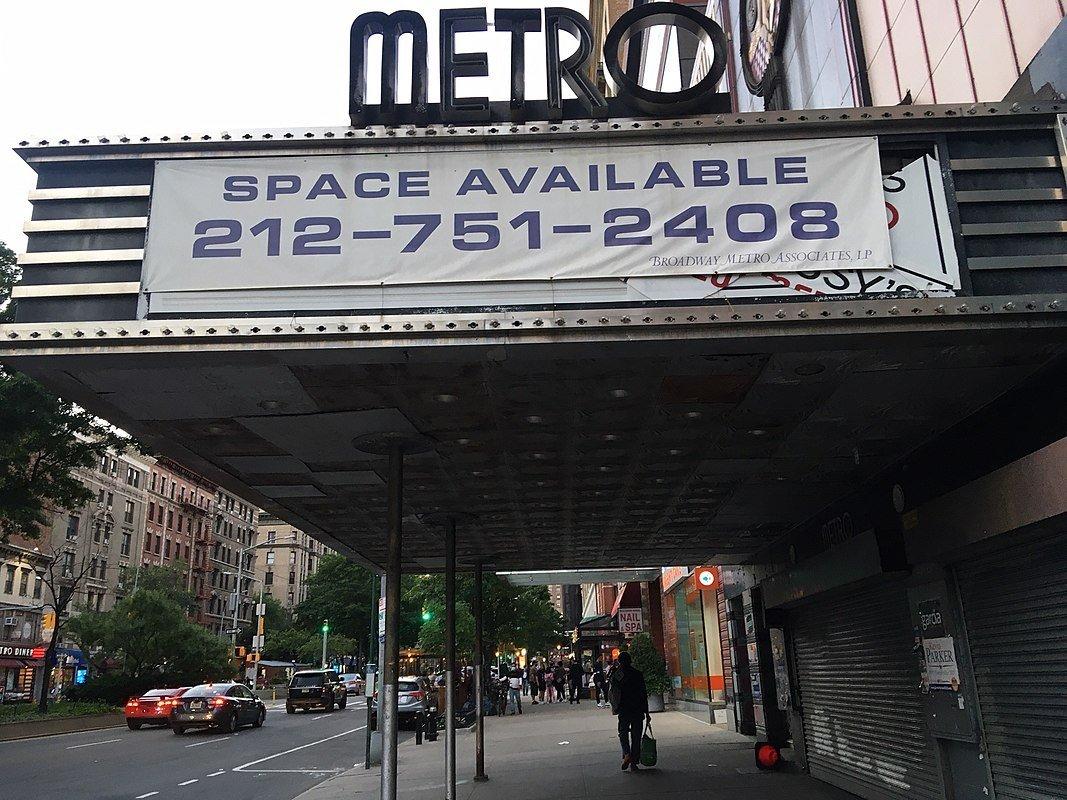 Photo by Enniferj via Wikimedia Commons

Vacant since 2006, the Metro Theater at 2626 Broadway (between 99th and 100th streets) is being transformed into a brand new, multi-screen theater serving drinks and entrees.

While a previous report indicated the space was going to turn into a retail store, Mikey Trafton and Tim League — the owners of the forthcoming Metro Cinema — confirmed otherwise at Wednesday evening’s Community Board 7 Business & Consumer Issues Committee meeting.

Tim League is the founder of the Alamo Drafthouse Cinema chain — which was supposed to replace the Metro Theater in 2013, though he says they were unable to move forward as the construction costs were too high at the time.

“We’ve come up with a new plan to add multiple screens and add a little bit more of an upscale dining experience,” said League, who added that they’ll probably have some menu items from Alamo, but also “full entrees and a really nice wine list.”

League says there will also be a small bar at the front of the house, and while it will be open for walk-in guests, it’s primarily for people to “gather before they see their films.”

Metro Cinema is expected to show both newly released movies and classic films.

Trafton indicated that they may also rent out the space for private events for people who want to use the giant screens to play video games, sing karaoke, or give business presentations, among other potential uses.

Hours are expected to be about 7 p.m. to 1 a.m., though League said they may occasionally stay open later when there’s a newly released blockbuster movie.

League said the total capacity will be about 176 people. He was unable to provide an estimated opening date at this time.

November Discounts For Exciting Classes at The Art Studio NY!

“Restart Stages” to Officially Launch May 10