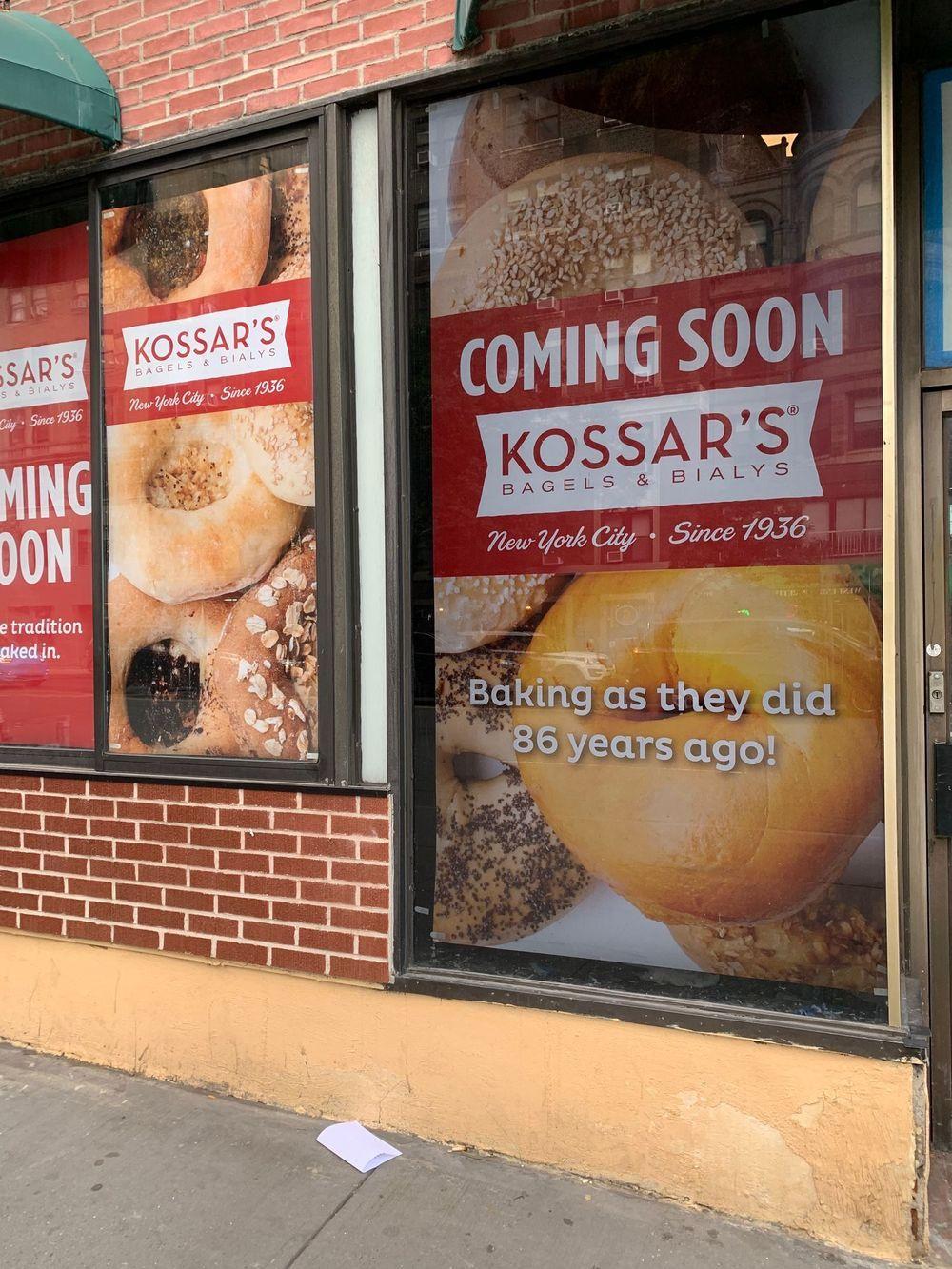 Signage for Kossar’s Bagels & Bialys is up at 270 West 72nd Street at the corner of West End Avenue. (Thanks to Joe R. for the tip and photo.) This space was the long-time home of Pier 72, which in late 2020 closed after a 41-year run.

Kossar’s is a Lower East Side institution, around since 1936 but just now beginning to expand. Its second-ever location opened recently in Hudson Yards, and the famous bagel and bialy shop is set to open an Upper East Side outpost before the end of the year. 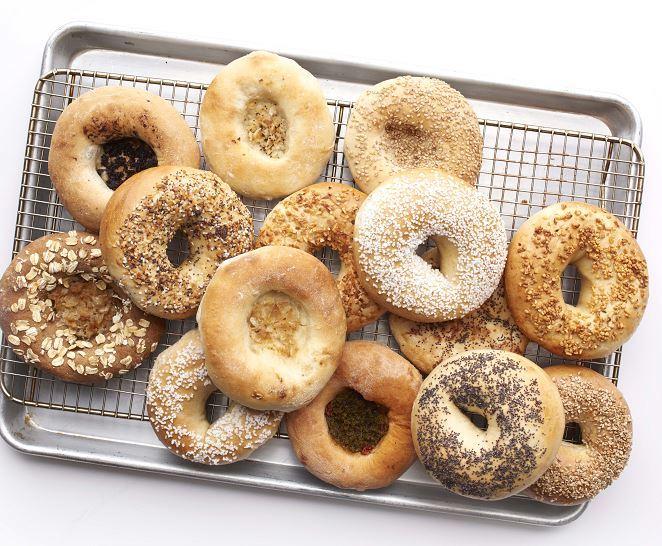 Kossar’s Bagels and Bialys. Photo by EGiniger1 via Wikimedia Commons

Kossar’s – which claims to be “the oldest operating bialy bakery in the United States” – didn’t actually start making bagels until 1998, according to NYCGo, which adds that “The pumpernickel is almost black, while other flavors—poppy, sesame, everything—are dense and rich with a glossy sheen.”

“Kossar’s makes bagels in traditional New York style, which means they are huge with a doughy inside and a crispy outside,” writes Huffpost, which gave Kossar’s the # 4 spot on its best-bagels-of-NYC list. 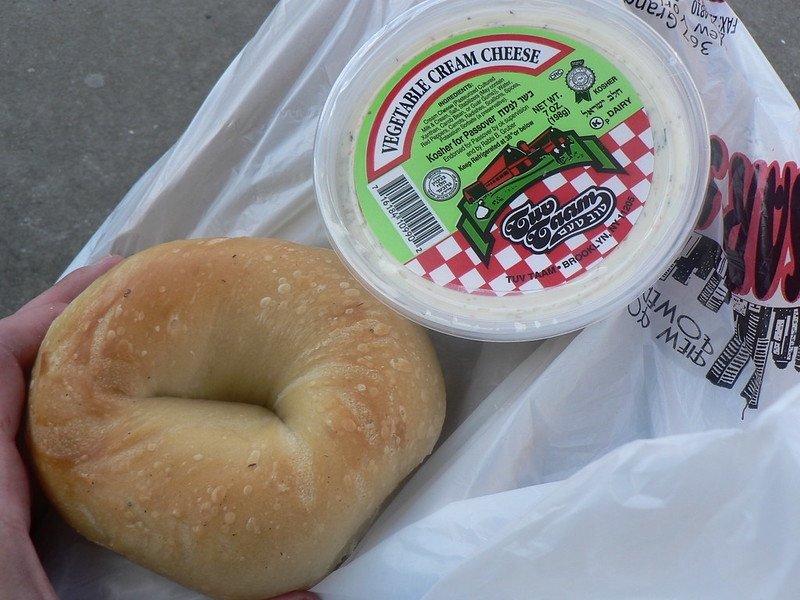 A Kossar’s bagel with vegetable cream cheese. Photo by stu_spivack via Flickr

Kossar’s bialys, which Eater considers the best in NYC, are made by hand with all natural wheat flour, kosher salt, water, and brewer’s yeast. 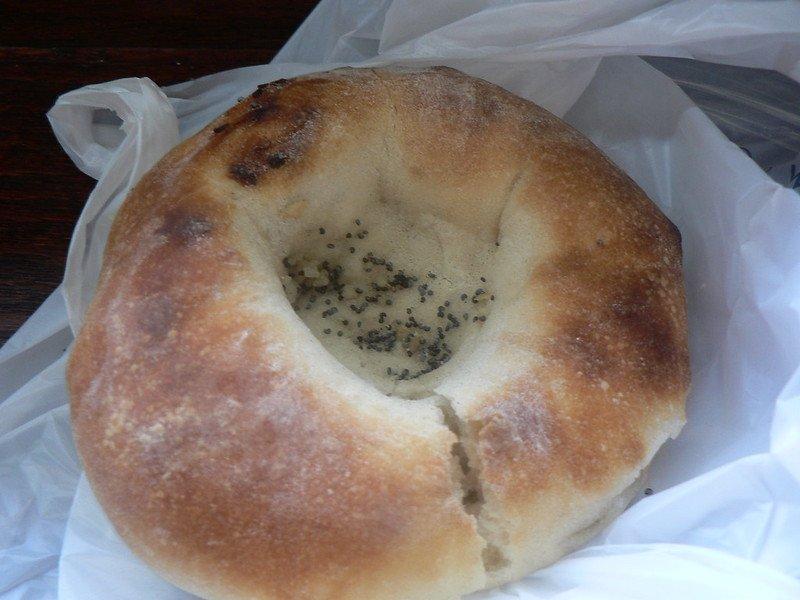 Pier 72 was a reliable diner loved by many. When it was apparent that it would be closing, a loyal patron launched a GoFundMe campaign to give owner Jimmy and his team a final “tip.” Almost $10,000 was raised, exceeding the campaign’s $8,000 goal. 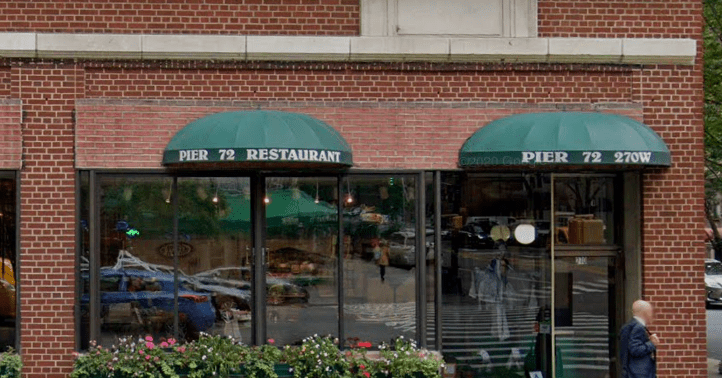 We’ll provide an update once we find out when Kossar’s plans to open.