The owner of a nine-unit Upper West Side building was forcibly removed from the property after losing a foreclosure case which began in 2019, Commercial Observer reports. 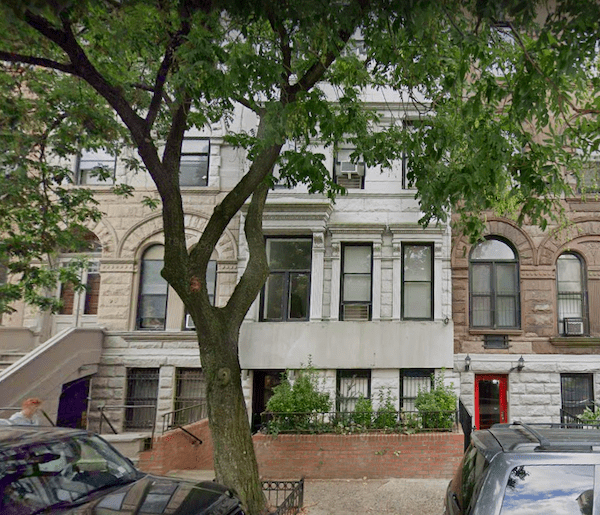 Kim Mortimer is now the former owner of 60 West 91st Street, where she was also a tenant. After defaulting on her loan, she reportedly allowed the building to fall into disrepair.

She borrowed $1.7 million from her lender in 2016. After late fees, penalties and interest, she ended up owing $3.4 million.

In February 2020, Mortimer filed for Chapter 11 Bankruptcy, but in August 2020 the court found  that she had “interfered with the Chapter 11 trustee’s administration of the estate; threatened, harassed, and intimidated certain tenants; and was in contempt of several orders.”

The trustee, a court-appointed lawyer, advised the judge overseeing the case that a vacant building would be more attractive to potential buyers, so she proceeded to attempt to remove Mortimer.

Mortimer then filed two actions to prevent her removal, based on the eviction moratorium created during the pandemic.

The case ended up back in court, and the judge again ruled to have Mortimer removed. As Mortimer refused, the judge had US Marshalls forcibly remove her.

After a recent bankruptcy sale of the building, Mortimer was able to pay back $2.1 out of the $3.4 million she owed to her lender.

A Waterfront Oasis Filled with Amenities Can Soon Be Your Home