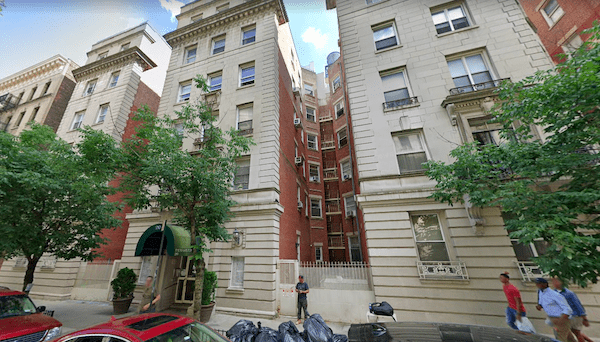 A multi-family real estate firm has filed for bankruptcy for several of its buildings located on West 107th Street, PincusCo first reported.

A petition shows that Emerald Equity Group has filed for Chapter 11 for its buildings at 203, 210, 220, and 230 West 107th Street, in addition to several of its Harlem properties on East 117th Street. The petition requests the properties be transferred to the lender, LoanCore.

The bankruptcy filings from December 28 also state that Emerald Equity Group owes a total of $203,075,766.48 to LoanCore.

Isaac Kassirer is the owner of Emerald Equity Group. According to the filing, he purchased the 107th Street buildings in December 2016 with the plan of converting them into condominiums. The Harlem buildings were purchased in March 2018, and the plan was to make renovations to vacant apartments in order to increase their rents. The filing states, however, that both of these plans were obstructed “by the passage of the New York Housing Stability and Tenant Protection Act of 2019 (“HSTPA”).”

According to its website, “Emerald’s Manhattan portfolio consists of over 1500 units in developing areas of the city.” The company, founded in NYC in 2012, has approximately 7,000 apartments throughout the US.

The 2020 landlord watch list, which publicized the 100 New York landlords with the greatest number of violations, included Emerald’s 210 West 107th Street. See the five other UWS landlords on that list.