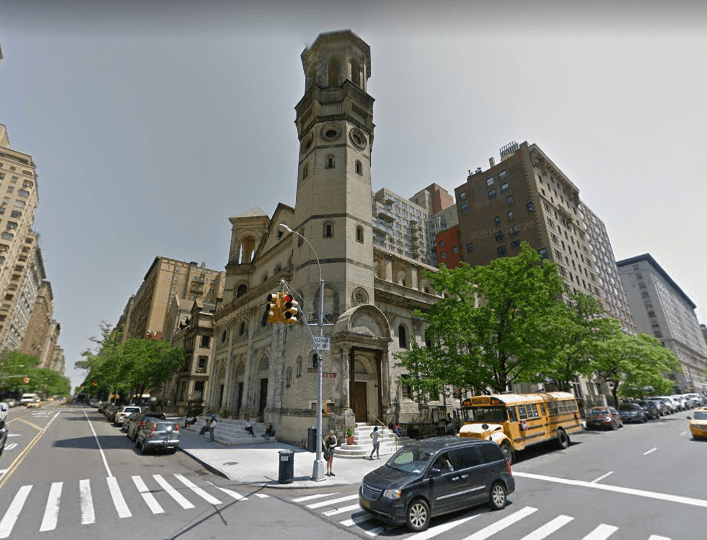 The Church of St. Paul and St. Andrew may need some divine intervention to maintain its 125-year-old building if it cannot find other avenues, so the church is brainstorming some creative ideas, including the sale of air rights to developers.

St. Paul and St. Andrew, at 86th Street and West End Avenue, is in need of some $25 million to repair its roof and fix up its facade to comply with Landmarks Preservations Commission guidelines. Senior pastor K Karpen says the church is desperate for funds: “This building was not built for the ages.”

Selling air rights to developers is under consideration, as reported by Crain’s New York Business. That means developers can purchase the empty buildable space associated with a property—typically on top of or adjacent to a building—to increase the size of their projects and erect buildings as tall as they can. Under current zoning, though, it would be impossible to do that, as St. Paul and St. Andrew is in a historic district. But the pastor is hoping zoning laws can be changed, as was done in Midtown East in 2017. The changes “broaden[ed] the range of area that [religious] institutions could sell air rights to,” says Rev. Karpen. The rezoning allowed landmarked buildings to sell air rights anywhere within a 78-block area. St. Bart’s ended up selling air rights that were a few blocks away. “We’re open to anything that would help us get the building to a place where it can continue living into the future,” says the reverend.

Another idea is for the city to pitch in, says Karpen. Because the city has such strict laws governing separation of church and state, that seems a stretch. However, a strong argument for city help could be made, says the reverend, because the church is a landmarked building—landmarked for its beauty, not for the religious activity that transpires inside—and that it is a “public good.”

The church has also looked into the Landmarks Preservation Commission’s provision for “hardship proceedings”—but that seems to be only “theoretical,” says Karpen.

The site was purchased in May 1894, and the church, dedicated in 1897, was built in a style called “scientific eclecticism—which refers to a design that incorporates styles from other architectural periods. It was designed by architect Robert H. Robertson and built at a cost of $343,673.52, including land.

The building was landmarked in 1981, over the objections of parishioners, who had wanted it torn down because it had fallen into such a state of disrepair. They planned to “put up something in cooperation with some housing or something that would help pay for the building” and challenged the landmarking, saying it violated constitutional religious expression rights, says the pastor. The case went all the way to the Supreme Court, which declined to hear it.

The church joined forces with B’nai Jeshurun (at 257 West 88th Street) in 1990; they joined their programming and worked on repairs together, getting some (but not enough) done. A landmarked status makes repairs on buildings costlier than they’d otherwise be, since they have to be done according to the highest standards. At this point, in addition to fixing the roof, necessary repairs include reproducing the terra cotta ornamentation on the facade. Because the ornamentation is terra cotta—basically pottery—water gets in its cracks. And it is held in place with metal anchors; over time, they deteriorate as water seeps into the building. “We’ve gone over the exterior of the building multiple times to make sure everything is safe. That is first and foremost. But to actually restore the ornamentation, we’d need to make molds and recast the terra cotta. The LPC says it has to be ‘reproduced in kind,’ as terra cotta.” The repairs that are needed now would all be “exceedingly costly.”

To help it survive, the church has joined forces with institutions other than B’nai Jeshurun. Before the pandemic, five congregations were holding services there (but now only three congregations are doing so). The building also lets other entities lease space as well. It is currently home, for instance, to the New Plaza cinema.

The church also houses the West Side Campaign Against Hunger food pantry; it was spun off as a separate entity, but they still partner on feeding thousands of needy families every year. It is working on bringing back its homeless shelter, which was paused during the pandemic.

The church has raised money from its parishioners before, who, the Rev. says, are as generous as they can afford to be. A year and a half ago, it raised “$300,000 to do a small portion of the roof,” but $25 million is a different story.

Karpen says religious institutions all over the city are facing similar challenges, trying to keep up aging edifices. Many are landmarked, as they were “built to be beautiful.”