We first heard Laytner’s Linen & Home would be closing back in June 2018. A sign posted in the store’s window at the time thanked the Upper West Side for 57 years, while other signage advertised heavy product discounts. 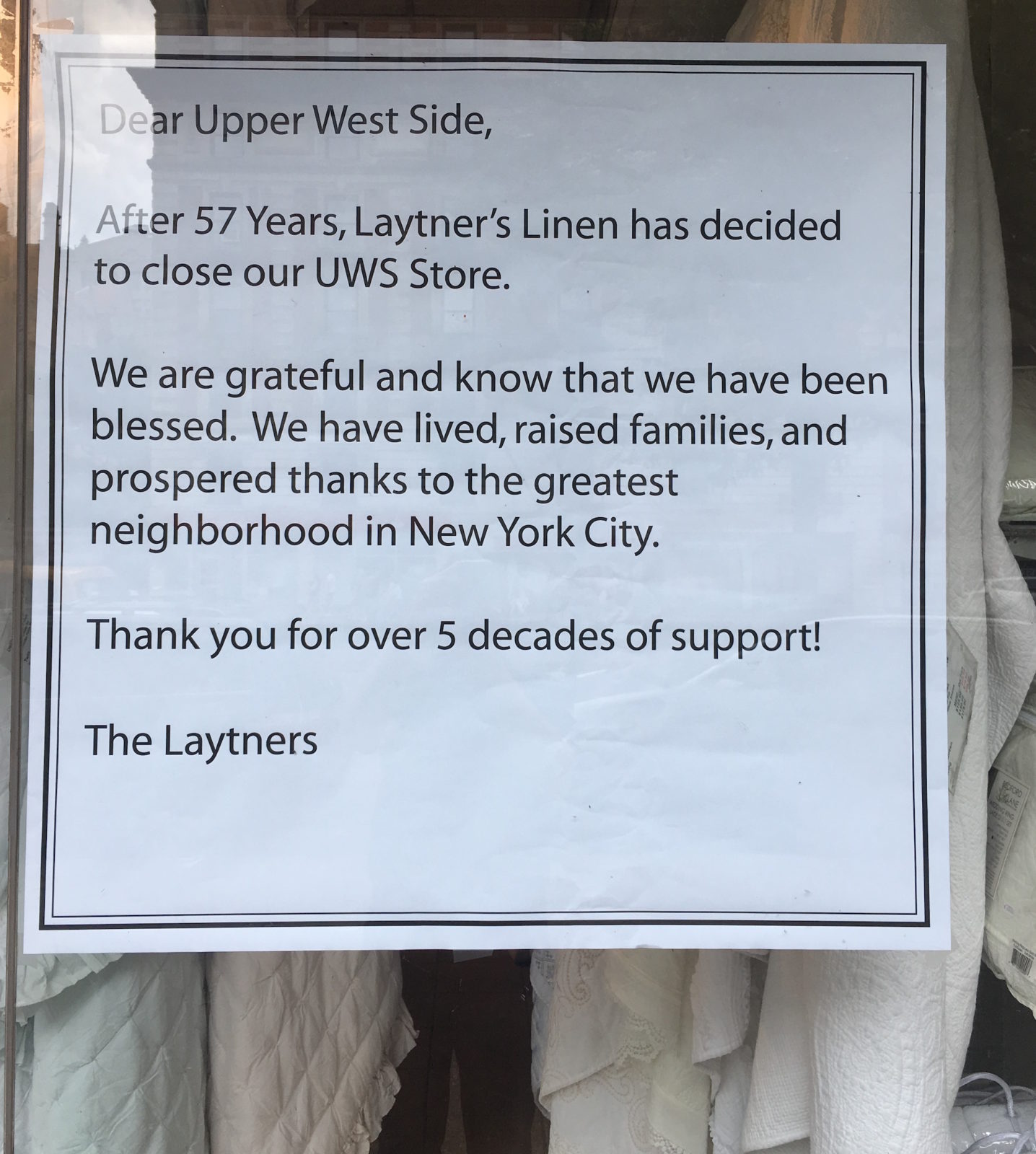 After years of uncertainty and “closing soon” signs, a member of the Laytner family confirmed in July 2022 that the store would be closing in the fall. And it has. 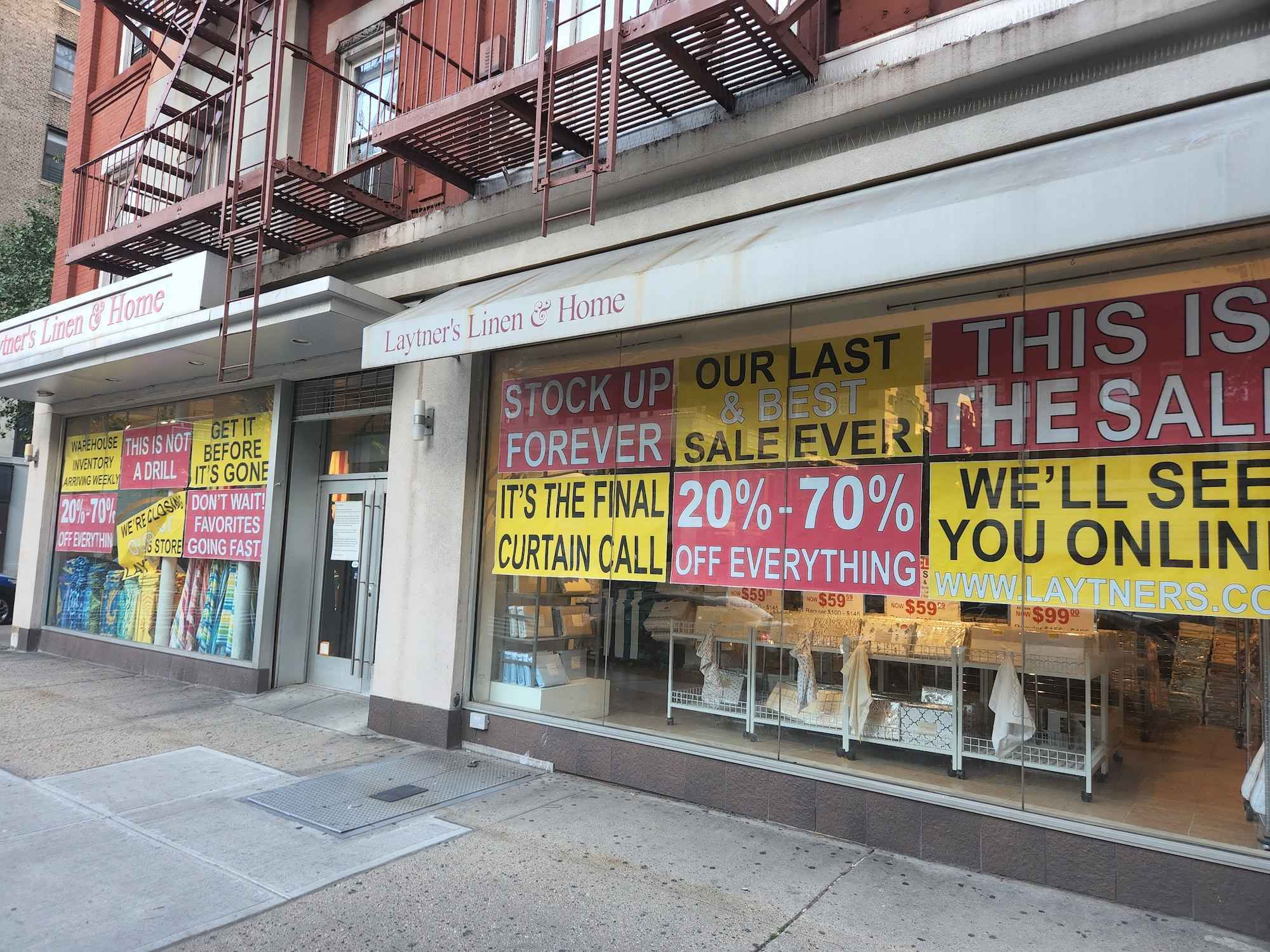 On Thursday, November 3, Laytner’s announced on Instagram that the long-time store on 82nd and Broadway was closed for good, sharing the following message:

After a six-decade Broadway run, Laytner’s Linen & Home has closed its doors.
Our West Side Story began in 1961, when Joseph and Helen Laytner bought a small candy store on Broadway and 81st Street. They sold newspapers and coffee to subway commuters and egg cremes and ice cream to neighborhood kids.
In 1970, they opened a linen shop in the candy store space, offering high quality goods and low prices.
Now, after six decades, Laytner’s Linen & Home has decided to close. We’ve been blessed to have lived, raised families, and prospered in one of the most storied neighborhoods in New York City.
Thank you, dear neighbors, for 61 years of support.
-The Laytner Family

Vintage Stores on the Upper West Side