We first announced Levain Bakery’s plans for national expansion back in August 2019. Now, it’s been announced by Bloomberg that starting in September, the cookies will be available in supermarket freezer sections!

According to Bloomberg, the cookies will first be sold at Texas-based Central Market while Levain Bakery negotiates a national rollout.

It’s worth noting that these are not quite as giant as the cookies you’ve gotten from Levain Bakery’s UWS store at 167 West 74th Street (or 351 Amsterdam). According to the bakery’s website, these weigh in at a whopping 6 ounces. 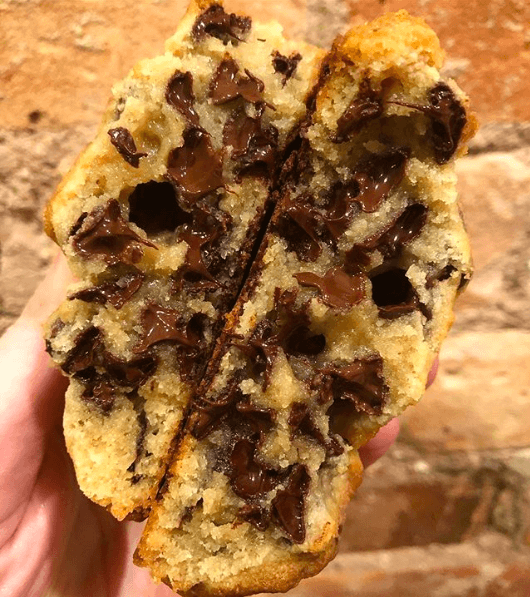 And if you’re pessimistic about frozen cookies delivering the Levain freshness you’ve grown accustomed to, Levain’s Chief Marketing Officer, Rachel Porges, told Bloomberg that “Frozen provides the most consistent and salient experience,” adding that they “have yet to find a shelf-stable process that could deliver that for our cookie.”

We’ll be stalking Levain’s owners for updates on when our supermarkets will carry their frozen cookies!